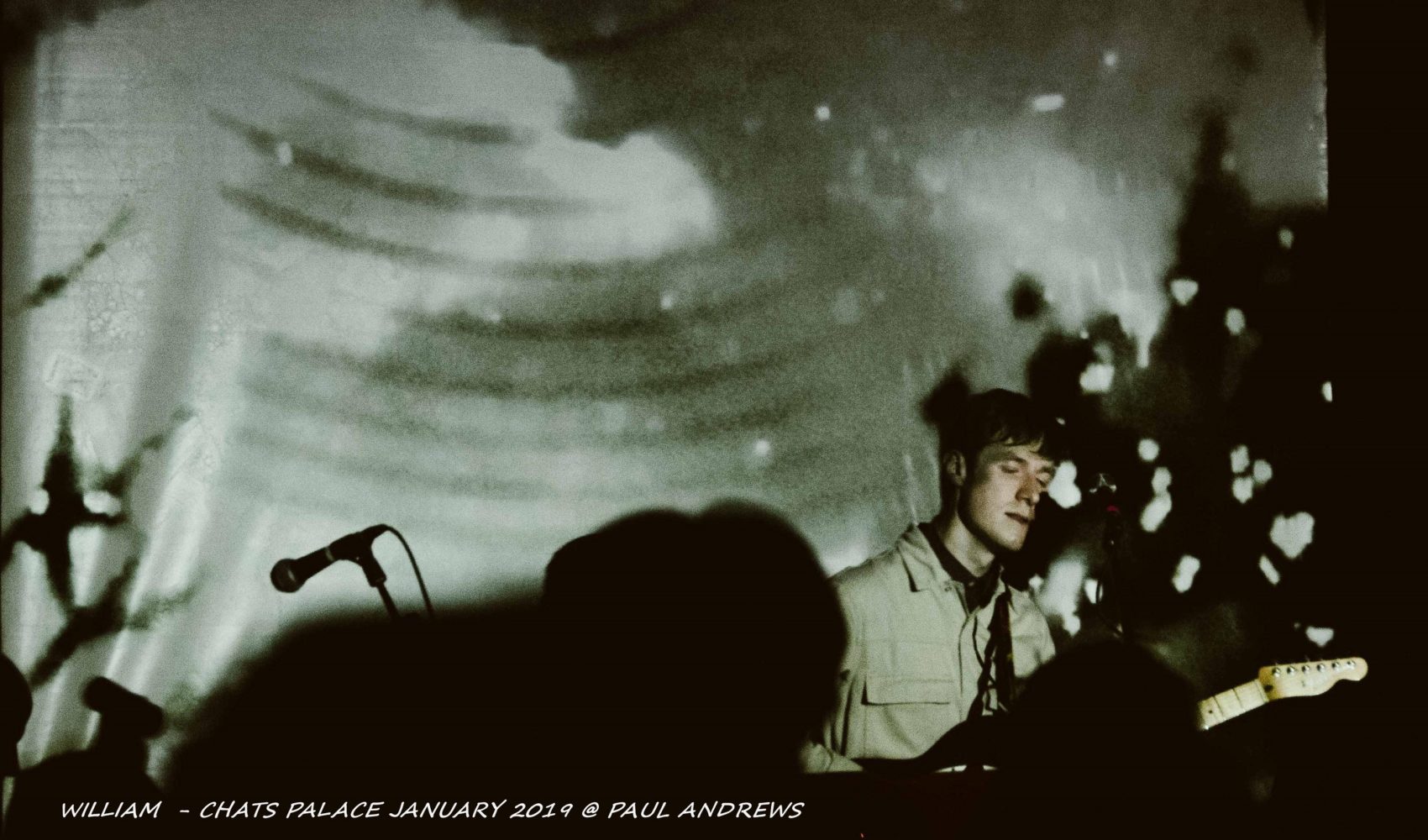 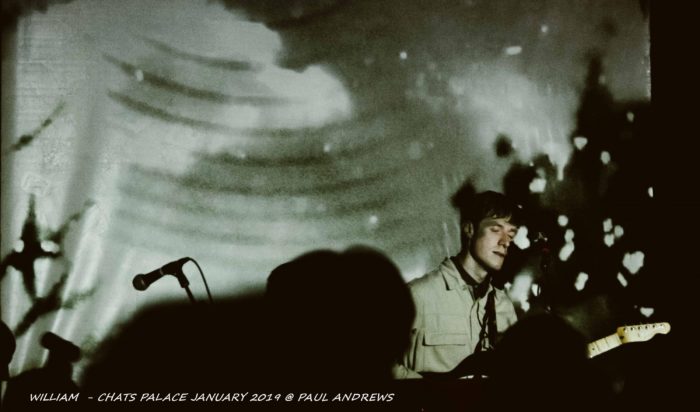 William Doyle has written another album, dropped the East India Youth name and arrives at this re-arranged debut show with a bunch of new songs that we may not get to hear again until the album release. Keith Goldhanger went along to report.

A new chapter in the life of William Doyle begins tonight. We haven’t been counting the months or years since we last crossed paths but the first two albums he’s given us as East India Youth are still as fresh and appealing as when we first heard them.

We’re here to witness the new tunes, to find out how much he’s changed and to hopefully give ourselves yet another release to look forward to as 2019 limps in. He arrives with a guitar around his neck, stands alone and plays us a first new song as we shuffle around to get a good look at the stage and we’re instantly refamiliarised with a voice we’ve not heard for a while. We can clearly see the modest array of synths and a drum kit behind him and once we’re three minutes in a trio of guys arrive whose names we don’t catch. The four of them go through a batch of new tunes many of us have not heard before apart from the second song, Millersdale, the only track he’s made available so far and great enough to get us to step out into this cold winter evening to hear live.

Any errors they make during this debut performance are only apparent from the performers body language. This doesn’t matter a jot. The point of tonight is for us all the hear these songs in each other’s company, soak in the atmospheric moments when songs simply fade so slow that it can silence a room for longer than we are used to and hear what it is this man has been preparing for since we saw him last.

Chats Palace has been putting on events for years, although some of us are in this building for only the first or second time. There can’t be many people at this gig that haven’t heard William Doyle’s past work so it’s a safe bet many have returned to their warm houses at the end of the evening carrying not only the joy of seeing, hearing and refamiliarising themselves with the sound that William produces, but also waking up the next morning eagerly anticipating the album we all realise we can’t wait to hear now.

So whats different? Apart from the personnel in his company, he’s mostly playing guitar. We get  at least one guitar solo, a song with a sax that reminds us of Supertramp (even in the quietest moments period), and we think of Clock Opera, Eno, Disney and Christmas and we think of East India Youth and how marvellous if three of four years down the line we get to hear all this evenings material alongside a few songs from these other two albums (we’re running away with our own imagination now, this may never happen).

William Doyle seems to have worked ridiculously hard to get to this point and has taken on an ambitious project that is rewarded by some (more) superb, dreamy, passionate, foot-tapping pieces of music that will continue to soundtrack our lives once it becomes available to us all. It’s as though we’re witnessing a man reining it all in again, writing more songs as opposed to giving us all some more repetitive electronic beats to wave our hands in the air to that could quite easily have been the direction we find ourselves in now.

It’s a great start, or as some may even call a continuation of William Doyles’ creative prowess, that leaves the listener grateful that he’s taken his time to nurture his music in a way that reminds us of why we fell in love with his tunes in the first place. Different but still the same. This new album then….can’t wait.

Let us know when it’s out please someone.

All words by Keith Goldhanger, photo by Paul Andrews. More writing by Keith on Louder Than War can be found at his author’s archive. You can also find Keith on Facebook and Twitter: @HIDEOUSWHEELINV and you may subscribe to the Goldhanger Shorts Facebook page if you so wish.