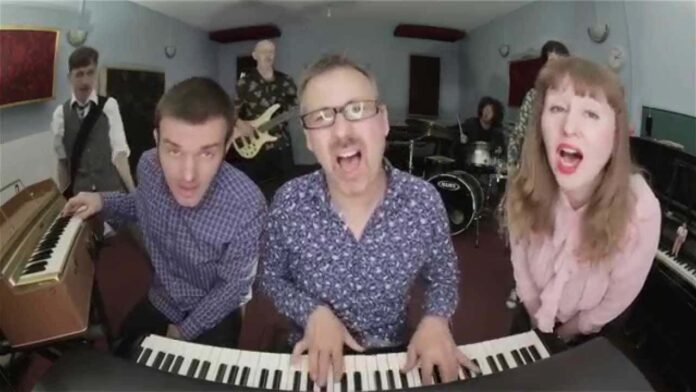 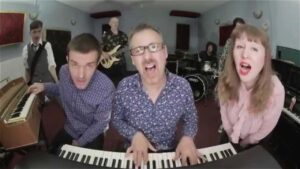 Drake left Cardiacs in 1990, but his friendship with the group continued, and their playfully anarchic spirit has been evident in much of his subsequent solo work. Here though, with Cardiacs’ abrasive punk elements removed, Drake’s folk-flavoured melodies, creaky shanties and sublime hooks are revealed in all their glory. Yes, the music still twists and turns adventurously, but this is a less frenetic version of his old band’s sound that has allowed him to expand his audience beyond Cardiacs’ loyal following, and the excellent Revere Reach – his fifth solo collection – is destined to win many new admirers.

Deploying a typically diverse assortment of noise-making devices – this time including a hurdy gurdy, harmonium, mellotron, whirly tube, toy piano and his trademark ‘television organ’ – Drake dips into his musical ‘palette’ and paints a uniquely English vista that’s often beautiful, but also attractively flawed. Throughout the album, his music’s warmth and charm is contagious.

On the brassy, stomping Distant Buzzing, this celebratory mood is summed up when Drake sings of “divine, precious moments”, replying to a playful clarinet with his own falsetto vocal while the tune swirls around him, “What gentleness, what fervour.”

Be Here Steryear is a magical highlight, its twinkling, shipping forecast charm seduces like the sea, a toy piano adding to its rickety appeal, while Lifeblood acts as a thigh-slapping note-to-self, Drake repeating the line “Don’t hesitate to show spontaneity” until the track concludes with a dramatic flourish, evoking the spine-tingling finales of many Drake-era Cardiacs songs.

Piano notes ripple like raindrops on the hauntingly nostalgic Castaway, and on the album’s gentlest moment, In Converse, which features Andrea Parker’s lovely vocals intertwined with Drake’s own. A Husk, tethered to a hypnotic hurdy gurdy, bobs like a boat at sea on a calm night, but elsewhere Heart Of Oak develops into a briney folk-rock belter, while Catford Clown is an infectious thigh-slapping knees up.

Clack Dance, 40 seconds of sepia-tinged musical box magic, and Liferaft, a minute-long ghostly treat, are typically atmospheric Drake miniatures, but he saves the best until last; Revere Reach, a blissful sighing wonder, along with stirring closing track Orlando, are both exquisite and close to perfection.

Revere Reach is Drake’s most satisfying solo album yet. The keyboard maestro has created a musical landscape that’s vivid and intoxicating. Climb up and enjoy the view.