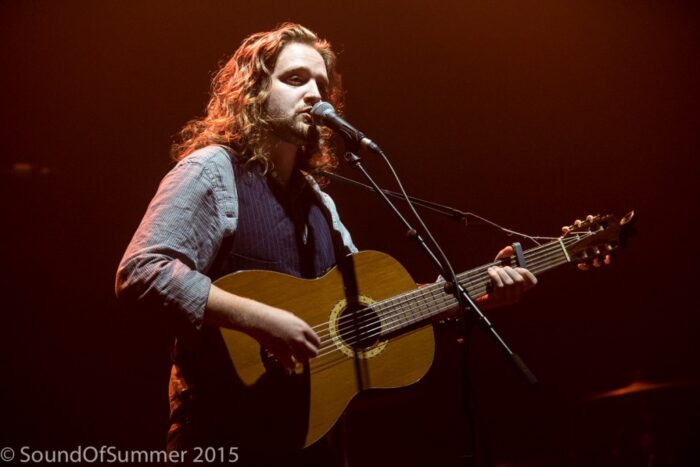 Acoustic Singer-Songwriter Will Varley is a hot prospect right now. Louder than War’s Alan Ewart caught up with Varley to talk about signing to Xtra Mile records, his new album and touring with Frank Turner.

I first came across Will Varley at Dorset’s Larmer Tree Festival back in 2014. I recall being impressed with his singing and guitar work but I was rushing around between stages and didn’t really have the opportunity to absorb Varley’s vibe.

Around this time last year I caught Varley’s set at Portsmouth’s Wedgwood rooms in support of Beans and Toast. As a result I took away his really enjoyable second album “As The Crow Flies” and as a result I have been a fan ever since. I was thrilled to have the chance to catch up with Varley shortly before his performance in support of Frank Turner at Southampton’s O2 Guildhall on Saturday 7th November. What strikes you about Varley is that he is warm, humorous, friendly and unassuming both on and off stage. His music very much reflects his personality. Varley is a thinker, by turns funny then serious, open, relaxed and candid.

I started out by asking Varley about signing to Xtra Mile and having the opportunity to tour with Frank Turner. It was clear that Will values the opportunities that have opened up to him but he is unashamedly ambitious too.

Varley told me that “being on Xtra Mile is fantastic for me. They have the ability to dedicate resources to promotion, tours and so on but Smugglers records who put out my first two records were fantastic too. Smugglers is more of a musical collective and everyone there is also in a band so they are stretched a bit more thinly but they are a great group of people. I will always be grateful to Smugglers and will do all I can to support them but Xtra Mile is an exciting new step for me.”

Varley’s first release on Xtra Mile “Postcards From Ursa Minor” dropped last week and I wanted to talk to Will about that and to find out about the process he goes through when pulling an album together. One of the most hard-hitting songs on the album is “The Man Who Fell To Earth.” The song tells the tail of the North African immigrant who stowed away in the landing gear space of an aircraft and fell to his death when the undercarriage was lowered for the aircraft’s landing at London’s Heathrow airport. The song really plays on your emotions and I was fascinated to hear Will say that it almost didn’t make the album. 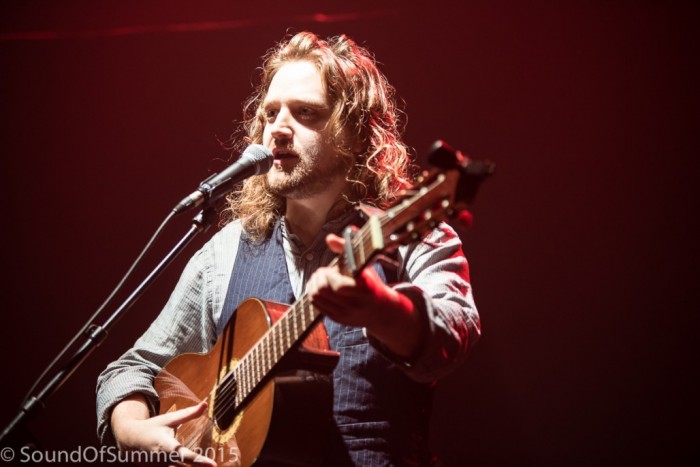 Varley says “that song took for ever to write. It is the story of a man’s life and it is hard to believe that someone could be so desperate as to try to get into the UK in the way he did. It sums up everything that is wrong with our attitude to immigration. I kept going through phases of saying ‘I don’t want to put this story in a song’ but at other times I knew that I would be doing the guy a disservice. It was incredibly difficult to write so I am glad that the story comes out as I intended. I can’t understand why we have this obsession with owning a bit of land.”

I put it to Varley that his albums tell the contemporary tale of the artists experiences through the years. This was very much something that Varley recognises but he tells me that this isn’t a conscious thing. Instead it tends to be “just how things come out.”

Will says “I am constantly writing and sometimes a song just comes to me and I can have the bones down in about 10 minutes. It is then a case of playing around to get it sounding like I want it to. I would love to say that I sat down a year and a half ago and said ‘here is my big idea’ but that isn’t the case. I just write all the time and when I have enough songs for an album I record it. Of course I have to work on sequencing and so on to try to ensure the album has a nice flow but it tends to be a fairly organic process. I sometimes have a couple of structural songs so perhaps that carries over into the next album.” 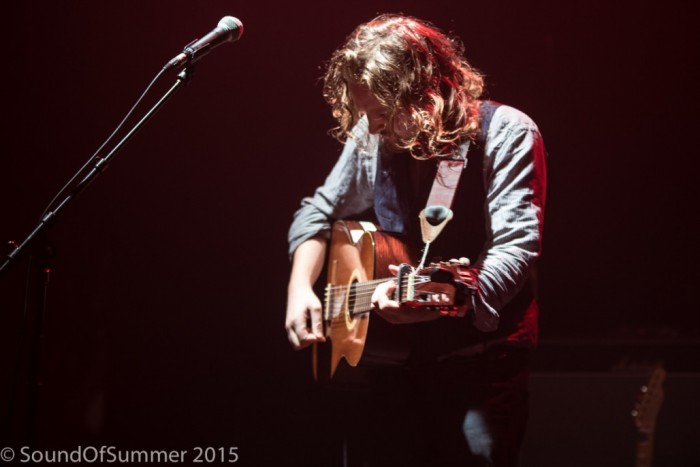 Will confesses that Postcards From Ursa Minor is his personal favourite of his albums. It is perhaps a little more textural and sophisticated than his previous work. The addition of strings and keyboards adds a richness to the sound on this album without losing the stripped back acoustic vibe.

Varley is taking his album on tour early in the New Year and I for one will be making every effort to get along to see him headline. Varley already has a great back catalogue to draw on and it will be great to see him showcase his work rather than playing the truncated sets that supporting other artists allows.

Onstage Will Varley is every bit as engaging as he is off it. As you would expect the bulk of his short set to feature songs from the new release but Will did manage to include a couple of tracks from previous releases. The crowd in Southampton warmed to Will immediately, it is hard not to when you can see that he plays with a smile on his face and is so enthusiastic about what he does. Material like “Talking Cat Blues” and “I Got This e-mail” are crowd favourites that allow Varley to showcase his more amusing side. For me at least it is Varley’s biggest strength that he can run you through a huge range of emotions, either across an album, or as was the case here during a 25 minute live set. Will has that rare talent that gets under the listeners skin, you identify with his storytelling and you suddenly find that his music really matters. This is no pop-wannabe trotting out bad rhymes and false platitudes. This is an incredibly gifted songwriter who provides an engaging social commentary with real style.

I think that Varley has found a natural home for his talent at Xtra Mile. With their support and his talent I really do expect to see Varley become more widely known. His hard work and determination certainly deserves every success.

You can find out more about Will Varley on his website.  Varley is on Facebook and he Tweets as @WillVarleyMusic

Xtra Mile records are on the internet here, and you can find out more about Smugglers records here.