Home Music Reviews Album Reviews And You Will Know Us By The Trail Of Dead: The Castle... 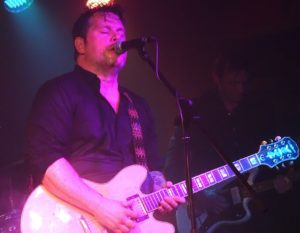 Texan chaos merchants And You Will Know Us By The Trail Of Dead’s second album ‘Madonna’ gets the live anniversary treatment. Louder Than War’s Christopher Lloyd pops along to review.

And You Will Know Us By The Trail Of Dead’s second album ‘Madonna’ was perhaps the album that broke the band into the consciousness of the mainstream indie rock lover of the early 2000’s. Whilst it’s follow up ‘Source Tags and Codes’ contained instant, somewhat catchy tunes, it’s predecessor was a much more brooding and insidious record, one that took it’s time to sink it’s teeth into the listener, refusing to let go once.

The reputation of that album hasn’t for a second lessened over the last twenty years, and as the band rip into album opener ‘Mistakes and Regrets’ it becomes instantly understandable as to why ‘Madonna’ is so beloved. It tears along at a breakneck pace, Conrad Keely screaming his lungs out over the wall of guitar. It is perhaps fitting that the first track on this epic album is also the first track that brought trail of dead, and their incendiary live shows screaming into to the public’s attention.

As always front man and drumming duties are switched between Keely and Jason Reece, each bringing their own unique trail of dead style to the table, aided and abetted by Autry Fulbright II on bass and Jamie Miller on guitar, who have been active band members for nearly a decade now. They help ramp up the sound to an incredible degree, and by the time ‘Blight Takes All’ kicks in, Keely is pounding away at back on the drums to their sonic maelstrom, whilst Reece is positively quakes with energy as he bawls out the lyrics with the same amount of passion and energy as when the band toured it some twenty years ago.

When Reece steps back behind the kit it becomes apparent just how instrumental the drum sound to trail of dead is. Whilst Keely is a fantastic drummer, Reece hits those drum skins with such power they genuinely rendered my professional earplugs totally useless. I threw them on the ground. Reece is a total monster behind that kit, one of the most powerful I’ve seen in my twenty-five years of gig going.

As with the album, the set effectively closed with ‘A Perfect Teenhood’. Whereas back in the day the band would more often than not end a set by pretty much trashing the gear, each other and everything around them, the combination of age and the fact that there isn’t a major label to pay for replacement equipment means that the trail of destruction thankfully doesn’t happen, as in it’s place we are treated to an extended take on Teenhood, with Keely dropping in verses that at times come across as a sermon from a priest experiencing either an epiphany or a breakdown, or both, before the track pulls itself together to finally collapse in on itself with its sweary, riotous ending. 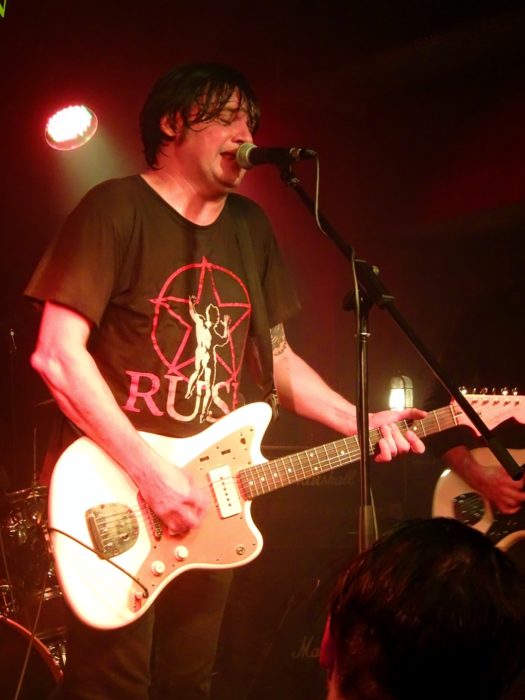 With Madonna done and dusted, the band stay onstage to hit us with three highlights from their follow up ‘Source Tags and Codes’ before ending with later era track ‘Will You Smile Again’, which serves somewhat as the template for the sound of all nine albums in the band’s impressive back catalogue, bombast, scarcity, emotion and anger. As the phenomenally loud last chords fly out of the speakers, one was left to think about just how fresh the band were. This far into a career it can be all to easy to fall into the trap of playing anniversary gigs for the sake of it, but there was so much passion on display tonight that it felt like watching a new band, which is equally, if not more a victorious thing to celebrate as an albums anniversary.

You can find out more about ‘And You Will Know Us By The Trail Of Dead’ at their official Facebook page.

Words by Christopher Lloyd, photographs by Colin Walker. You can read more of Christopher’s writing at his author’s archive.