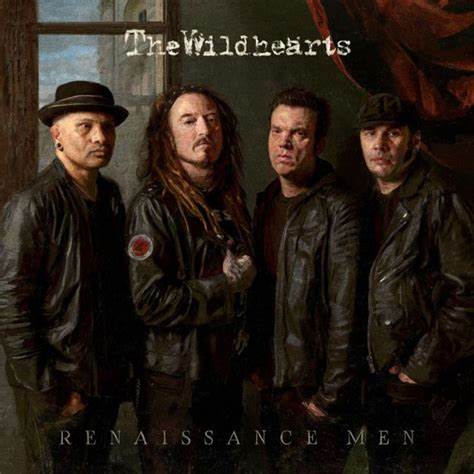 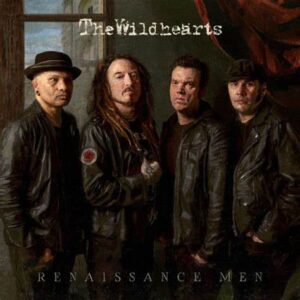 It’s been ten years in the making, the North East’s most self-destructive band are finally back with a new record. The Wildhearts were part of many of our formative years, we all wanted to be in the Wildhearts, the music was great, but it was their rock and roll attitude that engrained them into our collective psyche.

The Wildhearts have a huge variation in sound across their records, you never quite know what’s coming next if you stick their back catalogue on shuffle, but that attitude always comes through, no matter if it’s the almost pop sounding radio-friendly tunes on ¡Chutzpah!, or the  low-fi frazzled sound on Endless, Nameless.

Renaissance Men isn’t quite as catchy as Phuq or Earth Versus The Wildhearts, although it does have those Ginger melodies scattered throughout. Instead, the production values are higher, and the tone is darker. Ginger’s got stuff to say about the world, mental health and a whole pile of fire and fury that he needs to get out.

There are some absolute belters on Renaissance Men, such as the opener Dislocated, which is a scorcher of a track, full of the attitude that many of us latched on to early in their career.  Let ‘em go features a long-time fan of The Wildhearts, Mr Frank Turner who has been angling to get on one of Ginger’s records for forever. It’s a joy to behold Ginger and Frank together and has to be one of the highlights of the record.

The Fine Art of Deception is one of the more upbeat tracks and stands out for just that reason, it’s the most immediately catchy track and has a classic Ginger chorus that is bound to be a favourite live.

Next up is Dislocation, which is anything but bright and upbeat, it’s probably the best song on the record. The beginning has an almost AC/DC vibe, you don’t quite know where it’s going to lead but you know it’s going to be good after the first ten seconds. It leads through an almost six-minute Ginger rant about mental health and how health professionals rarely help those who are afflicted. It’s an angry-sounding song with some dark lyrics “Read ‘em and weep, you’re asleep at the wheel, the system is fucked and your treatments corrupting the deal”

The rest of the record follows in a similar vein, I would say it’s Ginger at his best but actually, I don’t think that quite does Renaissance Men justice. It might not be as catchy as Earth vs The Wildhearts but it’s a better record for it. This is a band who have been through the mill of drugs and mental health issues and not only survived but it’s made them stronger than they ever were.  Frankly, there isn’t a bad song here and if you ever liked the Wildhearts then prepare to have this on repeat for the next few weeks, it’s that good.

What are you still doing here? Go and buy the thing…