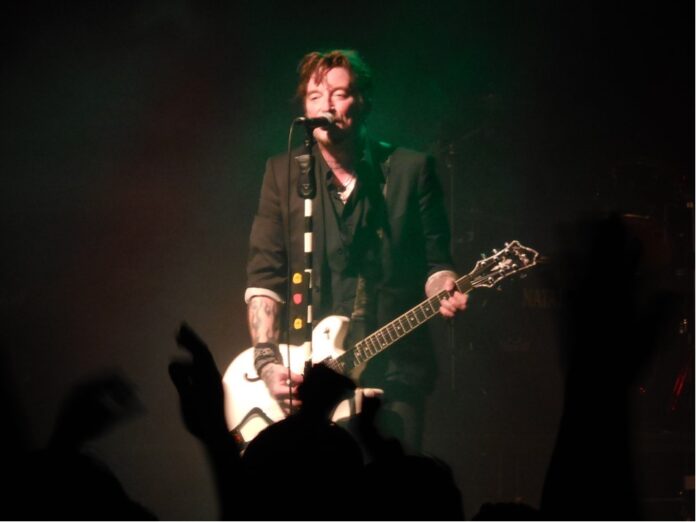 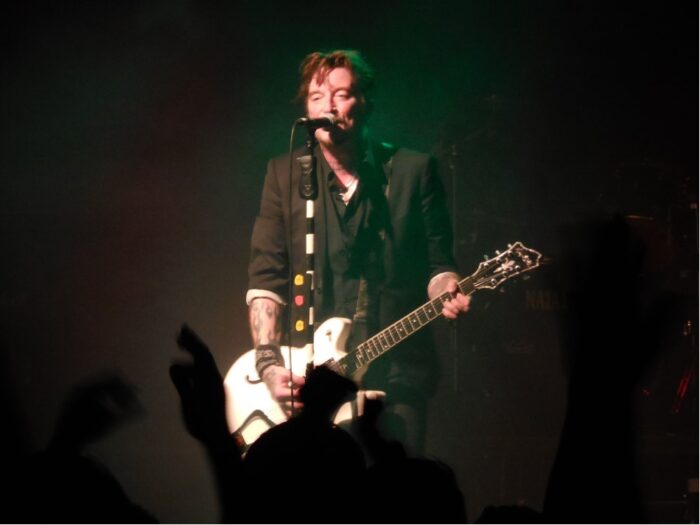 The Wildhearts return to wow the Wulfrun, Baby Chaos have faith in themselves and Hey Hello are looking to the future…

Wildhearts mainman Ginger had previously stated that future tours would ‘done be for the fans’ rather than himself, but on tonight’s showing that grim statement is erased by a celebratory attitude of gratitude for still being here 20 years on since the release of the 2nd wildhearts album proper: ” PHUQ”.

The last visit of the Wildhearts to Wolverhampton saw a champion performance and refreshingly vibrant setllist sideswiped by some of the patchiest sound ever. As detailed on Ginger’s diaries through his year long GASS project website, fate had conspired to prevent a soundcheck for them at the start of that tour due to M6 carnage and for whatever reason after 2 dates the set was amended to ‘the hits’ – but how to know what the crowd wants to hear when in many quarters their b-sides are as popular and as expansively chorused as any of their 13 top 40 singles ? Following the anniversaries of ‘Earth vs the Wildhearts’ and presentation of 2009’s ‘Chutzpah!’ album in full, this is the 3rd occasion the Wildhearts have presented an album in full, at least giving the audience an idea of some of what to expect. 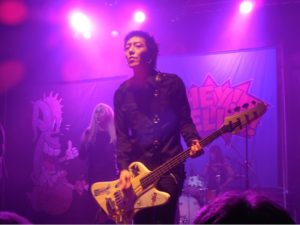 Opening this tour with a look to the future are Hey! Hello! – beginning life as another of Wildheart’s mainman Ginger’s prolific projects they return as a much more fully formed beast of their own. Ginger’s often seemed hopefully of escaping some of the turmoil and trappings of the Wildhearts legacy yet Hey! Hello! have had their own teething pains – original singer Victoria replaced by Love Zombie’s Hollis along the way – but with all respect to Victoria, who was no vocal slouch, the addition of Hollis takes this band from Ginger’s shadow and embues it with an X-Factor of it’s own. Not that a line up featuring Toshi ( Antiproduct / The GaGa’s ) and Chris Catalyst ( Eureka Machines/Sisters of Mercy – subbing for new father The Rev ) needed much coaxing but they truly are special now. Ginger’s pleasure at seeing his songs fly without having to drive them personally is evident as a brace of tracks from the debut Hey! Hello! album with choruses aplenty fly by. Ginger’s solo project track ‘Honour’ makes a tasty appearance, Hollis again rising and exceeding the bar set by Courtney Love, the original featured vocalist on that song. New tune ‘Don’t Stop Loving the Music’ gets roadtested prior to the imminent recording of the 2nd album and it’s buoyant energy sits a treat amongst the rest of their short but sweet set. Checking out their December tour is recommended ! 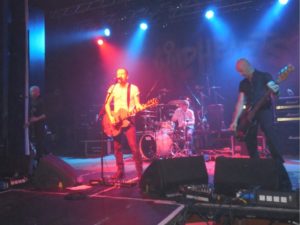 In 1994 Baby Chaos toured with the Wildhearts to promote their first album – they’re back now, after quite some hiatus to promote their 3rd. In truth, they never really stopped – they regenerated into Deckard which span off into other groups and have now coalesced back into their original form. Tonight’s set has a few looks back to their criminally under-rated 90’s output, but the majority is made of heavyweight riffs from ‘Skulls, Skulls, Skulls, Show me the Glory’  – the bludgeon riffola rivalling any Queens of the Stone Age have produced whilst dropping down into neat vocal licks which left many of their contemporaries in the shade. Indeed, their older tracks are a lesson in alternative quiet/distorted scream to a sigh dynamics –  ‘Go to Hell’ and ‘Sperm’ from debut album ‘Safe Sex, Designer Drugs and the Death of Rock’n’Roll’ being perfect examples. ‘Bullet for the End’ is a curious inclusion, lacking the immediacy or hooks of plenty of other tracks they could have chosen but ‘Love your Self Abuse’ – the title track of their second album brings things back up before ‘Have Faith in Yourself’ – available for free download from their website – scores a palpable hit. Here’s hoping BC stick around and more releases/touring is in the offing.

And so to the main event – Released in 1995 – ‘Phuq’ wasn’t even meant to be the album it was. Originally conceived as a double-album, it was distilled into it’s final form in time to soundtrack that summer, although an ongoing quest for a replacement for guitarist CJ meant the band couldn’t tour it until October. CJ is present here, alongside mainstays Ritch Battersby, Ginger and long-standing deputy bass player ‘Random’ Jon Poole of Cardiacs fame.

‘I Wanna Go Where the People Go’ is the perfect example of that albatross hit single that everyone can love hearing but a band can burn out of playing ., and then come back round to loving again. It’s both a fantastic opener and tumultuous closer. When applied as the former, many bands would fail to match that peak but the Wildhearts are able to set that bar and maintain it, throughout the rest of the set, continuing with v 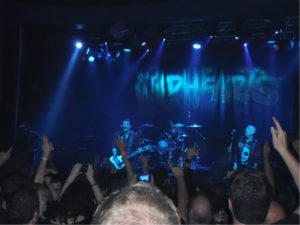 ‘V-Day’, it’s riffs as insistent as a 2:30 AM erection and choruses fit for the terrace. Indeed, Ginger refers to the other groups they shared the charts and press with back in the day and remarks how the Wildhearts audience is quality over quantity.

‘Just In Lust’ is another great sing along – one of the Wildhearts more overlooked singles, despite being blessed with a lesser-spotted video featuring the cast of Absolutely. ‘Baby Strange’ is more of an intro than a song in itself but leads into the pounding ‘Nita Nitro’ before the foot comes off the gas for the smouldering ‘Jonesing for Jones’. ‘Phuq’ as an album has a sensibility of knowing when to accelerate and when to let the momentum carry, this aspect of Ginger’s songwriting encapsulated best on ‘Be My Drug’ – reached after a breakneck charge through ‘Woah Shit You Got Thru’ and the coruscating, kaleidoscopic riffs of ‘Caprice’.

The track chosen to preview the album as a promo was the least characteristic of it, the stomping ‘Naivety Play’, which breaks to allow the tender ‘In Lilly’s Garden’ before ‘Getting It’ closes out the set in a riot of chants and refrains.

Even once the band have left the stage, the album continues, as ‘Phuq’s hidden track ‘Don’t Worry Bout Me’ has become the crowds halftime pastime, a late night stumble-home singalong until the band return to plough through a choice selection of singles and album cuts – the encore being different every night this tour. This brings us back to the earlier question – what does the crowd want to hear ? The answer is simple – more ! Indeed, tonight’s showing is so strong that several perennial favourites are omitted and it’s hardly noticed and the show closes out in a b-side (’29 X The Pain’) because that’s how strong the Wildhearts back catalogue is.

In the days following the tour fans clamoured for a new album, yet while it seems future album anniversary tours are likely, for now they’ll just have to be content with Gingers forthcoming solo/Hey! Hello!’s second and Mutation’s third album .. and CJ’s next album .. and erstwhile bass player Scott Sorry’s new album .. Danny McCormack’s new band the Main Grains … and a live album of this tour, produced by modern day legend Dave Draper ( Kerbdog / Hey You Guys! ) … Phuqing excellent news indeed !

All words by Phil Walchester. More writing by Phil on Louder Than War can be found at his author’s archive.