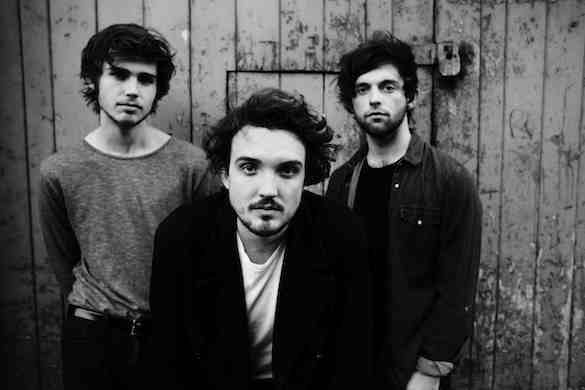 Wild Smiles will be releasing their new single ‘Never Wanted This’ on 18th August, with their album to follow in October. The band have already clocked up radio plays from many of the big DJ names including Zane Lowe, John Kennedy, Jo Good, Radcliffe & Maconie, Huw Stephens, Lauren Lavern and Steve Lamacq – all off the back of their recent single Fool for You. We thought it’d be a good idea to get a handle of where the guys sound originated, so we asked them to send over a bunch of songs they feel have influenced their sound and why – check them out below, along with the video for the band’s next single.

Wild Smiles 2013 debut 7” took in elements of Beach Boys surf pop, Velvet Underground drones, Wall Of Sound beats, Jesus & Mary Chain low-fi garage clatter and Nirvana filth. It was “…a dazzling stew of sound, simultaneously classic, timely and forward thinking.” They then went on to release an EP on Geoff Barrow’s Invada label and haven’t looked back since, growing their sound to incorporate elements of The Ramones, Pulp and Dinosaur Jr.

If you want to pigeonhole the guys into one genre then good luck, for in actuality their sound mixes many elements from some of todays healthiest and most popular genres; there’s hints of shoegaze, indie, psych-rock, garage, surf rock and grunge for instance, but what makes Wild Smiles special is how they blend all these elements to leave us with a sound that’s quintessentially Wild Smiles.

Links to pre-order the album / single can be found at the foot of the page but before you dice in with their influences here’s Never Wanted This:

AC/DC – Let There Be Rock

AC/DC were the first band i really remember being into. I caught the bug after watching the Live At Donington DVD with my Dad when i was around 13 and it’s probably the reason i play SG’s.

I got into Nirvana around the same time with my friend from school. I’d go stay round his house on the weekend and we’d put Nevermind on loud and just pretend to be Kurt Cobain.

Sum 41 were probably a big influence on anyone learning guitar or learning to skate in the early 2000’s.

I had Iowa on CD and used to listen on my Walkmen before bed whilst just looking at the shiny insert book.

Conor Oberst was the first singer songwriter i heavily got in to. He opened the doors to Bob Dylan, Elliott Smith and Neil Young.

Television – I See No Evil

I couldn’t decide which New York band i wanted to pick so i went with ( in my eyes ) the underdogs. Marquee Moon is a true masterpiece.

Minus The Bear – Absinthe Party at the Fly Honey Warehouse

In college my band at the time just wanted to be Minus The Bear and this song reminds me of my first ever touring experience.

The Beach Boys have inspired me the most in Wild Smiles – We just fuzzed and sped it up a little.

This record is just bursting with energy and to capture it on recording is amazing.

Love – one of the all time greatest bands.

Buy Never Wanted This digitally or pre-order the 7” vinyl.