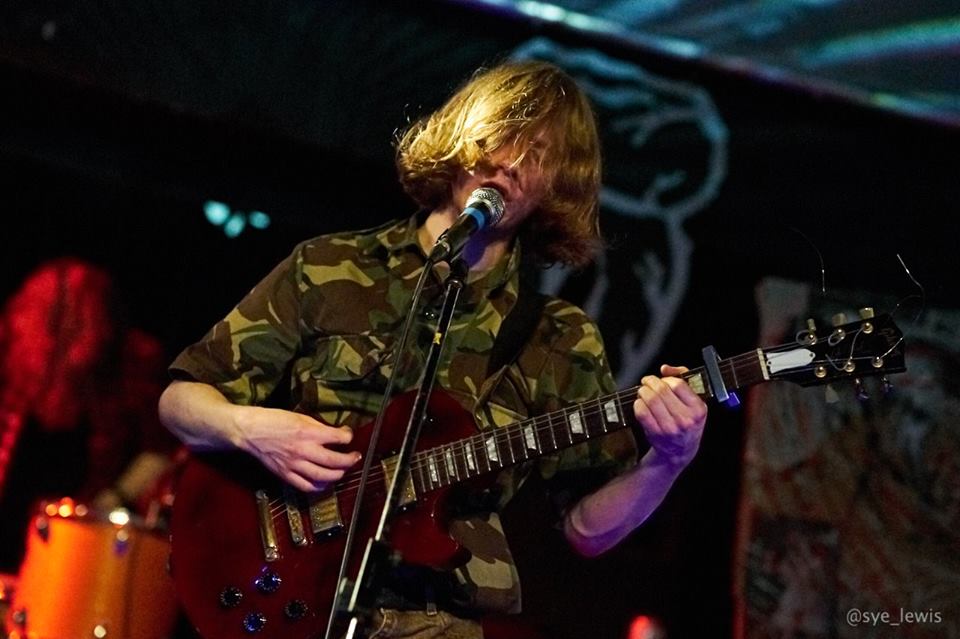 Louder Than War took the chance to see a game of two halves at District, as The Wild Fruit Art Collective and Trashmouth Records joined forces to bring a London/Liverpool collaboration to District in Liverpool.

The chilly climbs of District on a January night had not managed to deter the live music fans of Liverpool. The venue in The Baltic Triangle saw a steady stream of punters drift in as the bands finished their sound checks and there was an excited buzz as the first band took the stage.

The evening began with the gentle, tuneful pop-orientated sounds provided by Rongorongo. Their soulful set included Faster from their recent EP The Automatic Hypnotist. The six-piece band play the indie end of pop and the crowd seemed to love their mellow sound and shimmering, moody guitars. Vocally, Mick Chrysalid has an intensity that tops the music perfectly.

Joint organisers of the night Wild Fruit Art Collective gave a stunning performance. Their sheer wall of experimental sound was excellent from the outset. The playing is as accomplished as it is fragmented. It is held together by the sonorous vocals provided by Jamie Roberts. With a set including the recently released track Wishful, the band members meshed perfectly. The music had a gloomy, brooding feel at times, but never became boring or too dark. The band have only been together since last summer but already give an electrifying live experience. With the addition of an interpretive artist, Jinxy Bones, on the stage the whole experience became more of a happening than just a set.

The first of the Trashmouth bands Madonnatron provide a solid post-punk experimental experience. The unusual and exciting vocals of Melary Melary twist and turn over the rhythm changes and guitar riffs provided by the rest of the band. With single Sangue Neuf getting plenty of radio airplay, the band have smashed their way into the live scene in London and further afield. With slots supporting Moonlandingz, the Liverpool crowd enjoyed the chance to catch the band at District.

The mix of swagger and pathos that characterises the music Pit Ponies produce is always a winner. Rarely do a band manage to produce such anthems on a regular basis. Larger-than-life frontman Euan Hartley throws himself into the performance wringing the last ounce of emotion from the lyrics. The band are a staple part of the Trashmouth stable. With songs such as Mountains, Take A Shower and the wonderful Furies, from recent album Magnificent Second Occupation the set charged along ending with the wonderful Utown. The rock might have been more down-to-earth than some of the more experimental acts that had gone before, but the quality and feeling of the music was superb throughout.

The mix of bands on the Wild Fruit Art Collective/Trashmouth night was fairly good with enough variety to keep things fresh throughout. District is a decent size without being too big for newer bands to fill. The mix of London and Liverpool went well, although due to the obvious fact that local bands bring their own crowds, it might have been better to have the Trashmouth bands on in the middle rather than headlining. All in all, the night was a success. It showed the genius of collaborating to bring bands from different parts of the country together to give fans a fuller experience. Hopefully this will be the first of many such nights that liverpudlians can enjoy.

More information on the bands can be found here: