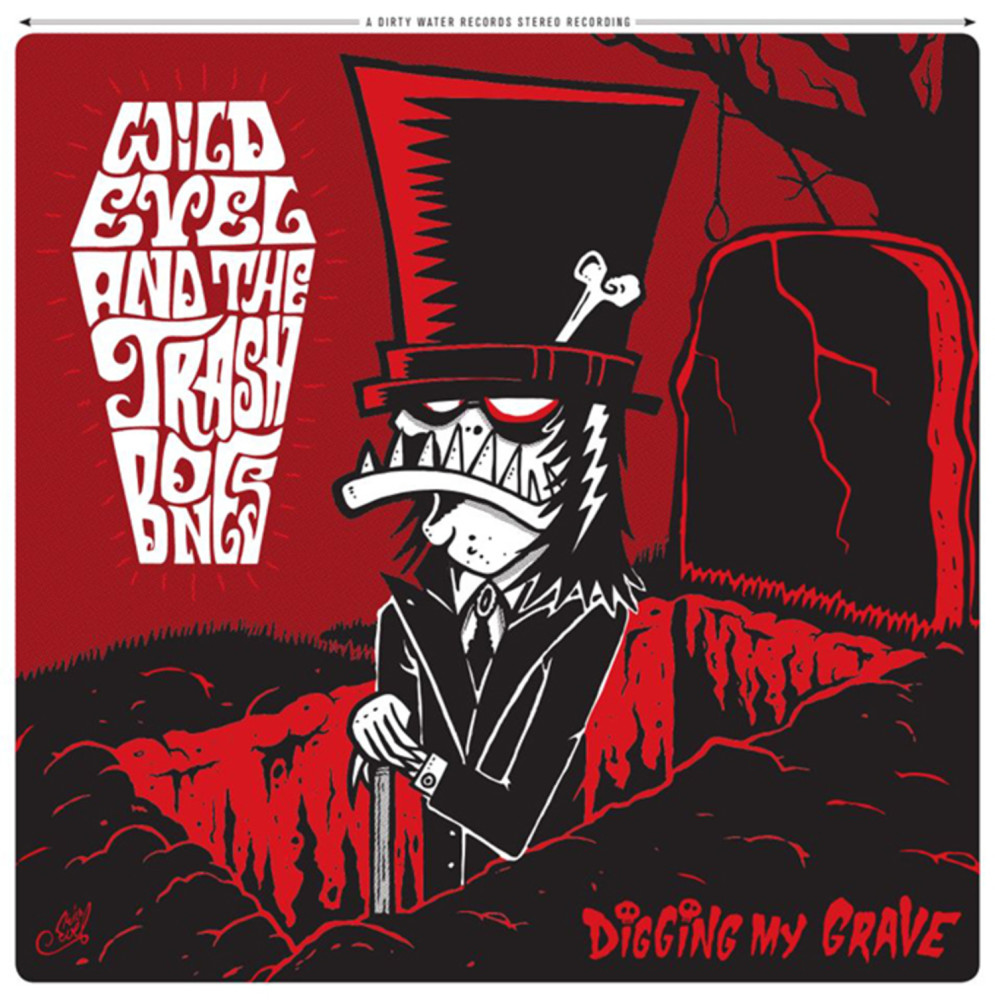 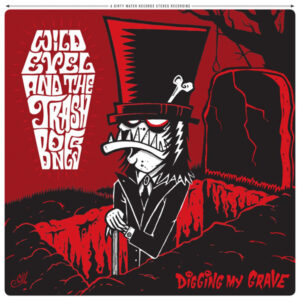 Wild Evel And The Trashbones

Austrian garage supergroup, featuring members of The Staggers and Roadrunners, return for another blast of 60s-inspired beat garage rock ‘n’ roll. Louder Than War’s Nathan Whittle enters their tomb to check it out.

On their new album, Digging My Grave, Wild Evel And The Trashbones have distilled the trash beat sound that flowed from the garages of teens across the world in the 60s and dropped it all into a vat of fuzzed out, organ wielding, guttural joy. After the whirling instrumental opener of Der Bucklige sets the tone of impending danger, conjuring images of Screaming Lord Sutch’s Jack The Ripper prowling darkened alleys on moonlit nights, they launch into the title track. Screeching and howling vocals tell tales of rotten meat and graveyard delights over a pounding simple rhythm that drives the songs. From there however, they show that they are no one-trick pony and jump into the whirling Bugs On My Back, sounding like Love’s rawer moments, a crooning voice over a gliding guitar riff, all underpinned and held in place by the on beat no-frills drums and stabbing organ. The garage beat sound continues on The Mess I’m In, dripping in Seeds-like surging guitars, and 300 Pounds, where three-finger organ jabs play the protagonist behind the jiving rhythm, recalling garage contemporaries such as King Salami & The Cumberland Three, with whom they not doubt drink from the same cauldron. Ain’t It Hard drops back a tad from what has gone before and rolls along before slamming the pedal to the metal and heading out at full throttle. The addition of a distorted harmonica solo is a great addition to the song and keeps you listening intently to what is to come.

There’s no attempt to hide their influences and halfway through the record they drop a homage to one of Europe’s best early 90s garage revival bands on Why Can’t We Be Like The Sateliters, the German freakbeat garage near-legends who took their cue from the likes of The Mummies to produce a Pandora’s box of fuzzed out delights. No mind though. While Wild Evel And The Trashbones are steeped in the garage sound of the past, theirs is their own and they have no need to ride on the coat tails of what has gone before. They build on their Back From The Grave influences and as the record progresses drop in sounds of The Ventures (Coyote) alongside more upbeat Billy Childish gutter garage punk (Telling Lies). Gotta Leave Town sounds like The Who before they dropped their High Numbers moniker, before Fried Chicken Legs brings back another deep-voiced and dangerous rocker, the harmonica returning to wail behind the vocals throughout. After the rollicking I Lost My Mind they sign off with T-R-A-S-H-B-O-N-E-S, because what garage classic is complete without a good old spell it out rocker?

Wild Evel And The Trashbones have produced yet another gem of a record, bringing together all their freakbeat garage influences and laying them out bloodied and battered at the cemetery gates for all to feast on. Digging My Grave will sit easily and hold its own amongst the original pioneers of their beloved sound and their modern-day contemporaries.