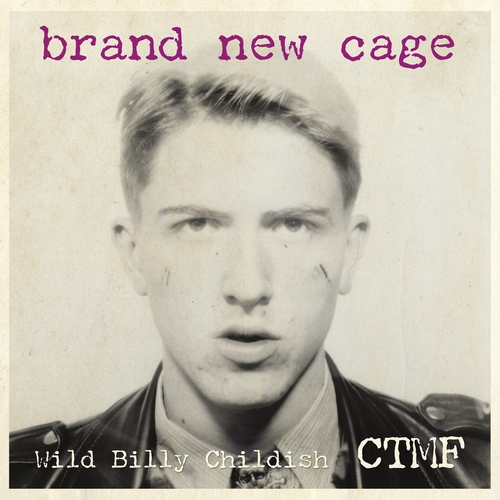 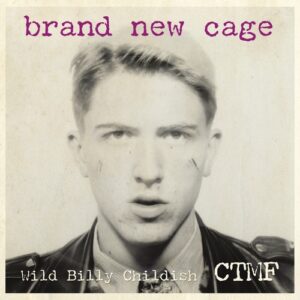 Fifth album in five years from CTMF – Billy Childish’s latest band and his one hundred and fifty-something-th release.  Ged Babey goes through his BC collection (a mere 30 albums) and wonders ‘Can you ever have too many Billy Childish albums?’

The punk was in me and it had to come out,

You mite try to dismiss me as dockyard lout,

*Interesting, and a bit disappointing that Billy uses the American pronunciation of route (rowt) instead of the English : (root) route. His wife Julie is American though, so that is the way he’d hear it ‘at home’.

I have reviewed Billy Childish and CTMF albums twice before on Louder Than War and they have been read and shared and no-one has complained about or contradicted this statement which I made, here, on 17th August 2013.  Therefore I now consider it to be fact and the truth. Received wisdom.

Billy Childish… is a genius ranking alongside Dickens, Shakespeare…

It could just be that no-one reads my ramblings of course, or more likely that only Billy Childish ‘fans’ will read a Billy Childish review.  But you just cannot under-estimate his subtle influence on Popular Culture, let alone music, art and poetry.

Initially it was the return of the moustache.  It was Childish who inspired it’s renaissance.  It became popularised by hipsters in London and Brighton who came to realise Billy was a man of integrity an authentic exemplar of style and outsiderdom…..so they borrowed, bastardised and acquired the superficial aspects to use as a mark of their own pseudo-individuality and style.   Coupled with the bicycle and fogey-chic it marked out the would-be-hip before the beard took over (that was not Billys doing… that was probably Rasputin?)

The biggest influence though -which goes unrecognized and unacknowledged is …. the ‘Austerity crop’ – the short back and sides, with shaved sides and long on the top – now worn by practically every schoolboy –  is a trickle-down effect of Billy -influencing the ‘hipster’ -a look which became ‘fashionable’ and then commonplace. Footballers, reality tv-scum, everyone has the (very-)short back and sides… and Billy Childish never gets acknowledged as the originator.  Just look at every photo of him going back over the decades, where he is not wearing a ‘headcoat’.

…features 10 new Billy Childish songs along with two written and sung by the band’s bassist Nurse Julie. Subjects include lost landmarks of ’70s Chatham, the true revolution of punk, spirituality, lost loves and the sidelining of Brian Jones from The Rolling Stones.

The sleeve art features a photo of an 18-year old Billy taken in a King’s Cross photo booth in September 1978.

“I used to cut these tribal marks into my cheeks every few weeks with a razor blade. I was really interested in African tribal scars, and I knew they had ash in there so I would rub cigarette ash in – very painful! I’m actually dressed there the most dangerous way you could be, as a punk rock teddy boy. The teds didn’t like you wearing any ted gear. I’ve got a leopardskin waistcoat, bootlace tie and my hair flat. You had 40 year old men that would glass you. We’d go see Bo Diddley in ’70s and we’d dress a little bit ted. I was on a few death lists locally with teddy boys.”

On the title track, which opens the album, Brand New Cage…

“When I’m writing lyrics either I get an idea from the outside world or the world of rock ‘n’ roll – we reference things quite openly which most people don’t do. But this songs was one instance where the song came through its own channel spontaneously. Sometimes it just comes and I follow it. I had no idea what it was about until I wrote it.”

And despite being a thoroughly enjoyable typically CTMF song it does come over as confused as if Billy is hallucinating or losing the plot – The ‘cage’ in the song becomes a ‘cave’ ….  A skeleton emerges from a grave to talk to the narrator; “You belong to the Future you simple knave”.  It’s a bizarre flight of the imagination.

But this is followed by the extraordinary assertion that:

There is the vaguest feeling with Brand New Cage that Billys heart is not quite as in it as usual.  It’s not as fast and furious as the first two CTMF albums and doesn’t include any moments of sheer genius – just the usual glorious amateurism and pure punk rock/garage goodness – which even when it’s not tip-top is still ten times better than 99% of other bands.