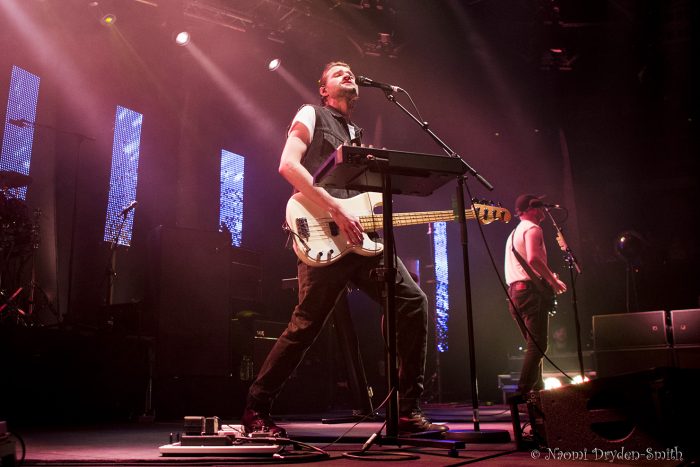 Looking as relaxed as four blokes off down the pub, Wild Beasts stride onto the darkly lit stage and launch straight into the very catchy Tough Guy, filling the Roundhouse with its slow-dragging beat, sleazy synths and brooding lyrics: “Now I’m all fucked up and I can’t stand up, So I better suck it up like a tough guy would.” It’s a great start. Momentum slows with We Still Got The Taste Dancin’ On Our Tongues, from the Mercury-nominated Two Dancers album which first highlighted Wild Beasts as a serious band to take note of (in competition with the likes of Everything Everything and the xx). A song about lust and lasciviousness all sung in Hayden Thorpe’s indominatable falsetto, the hedonism of the subject matter is a little at odds with its slightly stilted presentation – the band are pretty static at this point (perhaps they will loosen up later on). 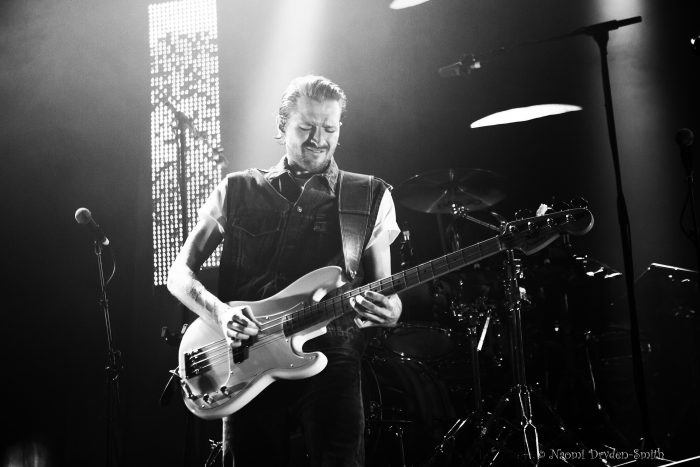 The third song, Ponytail sees Tom Fleming suddenly become a bit animated and the place is filled by his rich pleading baritone (it might put Rick Astley in mind, although the band would likely deny it), in striking contrast to Hayden’s falsetto. We are back on their favourite topic – sex – enhanced by the funky bassline and pitch shifts. As the song ends, Thorpe asks the audience “So how are we doing?”, which one might construe as revealing some degree of uncertainty. But it’s met with a raucous response, so that’s a relief. 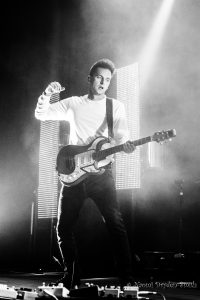 Three songs gone and photographers have to leave, this time without seeing the rest of the show. Yet to come is a mix of songs from the recent album Boy King, peppered with more established fan-favourites. The overall energy so far isn’t that high – neither from the band nor the audience – but Wild Beast’s songs are clever, crafted songs that lend themselves to contemplation rather than jumping around. It must have been said before but there isn’t too much of the particularly wild or beasty about this band – but the fans seemed to be very happy with their lot. With songs like Big Cat in the offing, the rest of the set shows some promise.