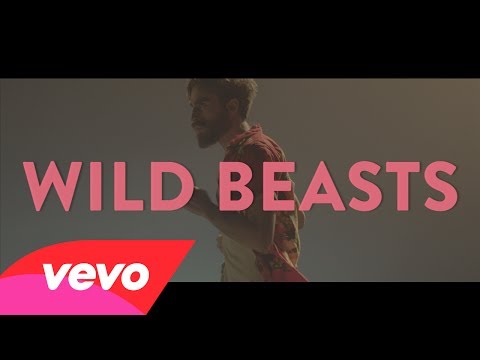 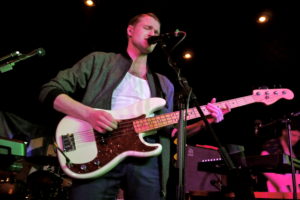 The sheer weight of equipment forbids any support act for tonight’s New Slang show. Four albums in, Wild Beasts are a long way from the nuts and bolts indie-pop of their debut, Limbo Panto, with a live set-up that’s expanded to such an extent it almost overflows McClusky’s small, rudimentary stage.

Without any excuse to be late, they saunter into view mere moments after their half ten cue before opening with the pulsating Reach A Bit Further. It may have been a while since WB last had a reason to tour (nearly three years since the release of third LP Smother) but within minutes I’m hooked once again by one of their most engaging traits. There is a magical interplay between the vocals of Hayden Thorpe and Tom Fleming that’s as baffling as it is brilliant. The former is light and graceful, the latter gravelly and often untamed; theoretically they shouldn’t have any business together, and yet your ears can’t help but widen when they do.

All the more notable in a standard club venue such as McClusky’s, the band’s ingenuity is evidently matched by their sound engineers. I’ve spoken before of the inadequacies of New Slang’s PA system but tonight they barely register. Bass and synth bass thunder against crisp drums and chimey guitars, the vocals always remaining appropriately high in the mix.

Perhaps more audible than anything else tonight, though, are the keyboards. Having increasingly favoured electronic instruments with the passing of each album, WB’s once prevalent guitars now lay dormant for much of the set – early single The Devil’s Crayon seems the only truly guitar-driven number we hear all night – not that it’s any great loss. Wanderlust sees the band at their most hypnotic and ethereal, with layer upon layer of synthesised melodies bouncing over a quasi-motorik drumbeat. Lyrically, they continue to perplex. Sweet Spot puts you in mind of all manner of sexual things before realising its fundamental vagueness, at which point you just feel guilty.

They close with an impassioned rendition of Lion’s Share, again awash with guilt-inducing, pseudo-sexual imagery, the dual vocals of Thorpe and Fleming hair-raising as always. I’m already tempted to buy tickets for their Brixton Academy show in a month’s time. If Wild Beasts can be magnificent in this environment, their upcoming tour should be nothing short of spectacular.