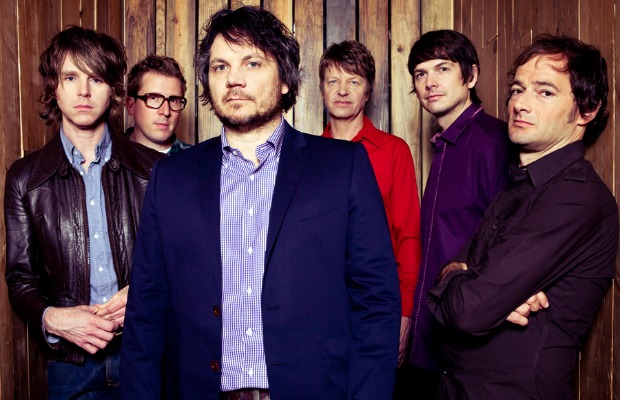 Wilco return to London for the first time since 2011. Louder Than War’s Craig Chaligne reviews.

Five years is a long gap but far from being a long brake, this turned out be one of Jeff Tweedy’s most productive periods. He recorded an album with his son Spencer on drums, produced albums for Richard Thompson and Mavis Staples and still find time to record and release two Wilco albums (the electric “Star Wars” and the more acoustic driven “Schmilco”) plus a few tours thrown in the mix. As stated in an interview to the Independent by Jeff Tweedy the band are keen on playing their recent material so it wasn’t a surprise to see many songs from Schmilco in the set. Former Lambchop guitarist William Tyler opened with a brief set of instrumentals to an appreciative audience. Starting with the first three songs from their latest (“Normal American Kids”, “If I Ever Was a Child” and “Cry All Day”), Wilco then retreated into more familiar territory with “I Am Trying To Break Your Heart”. Tweedy chose to keep between songs banter to a minimum and let the audience concentrate on the songs. The epic “Art Of Almost”, one of the band’s most challenging songs proved a highlight of the evening while “Misunderstood” was played almost acoustically with John Stiratt and Pat Sansone moving respectively to 12 string guitar and banjo.

The band’s noisy crescendos on “Via Chicago” never fail to impress but “Bull Black Nova” differed a little in its arrangement compared to the studio version. The outburts virtuosity have now become a trademark of Wilco’s longest serving line-up, Nels Cline’s perpetually evolving solo on “Impossible Germany” bringing the house down and prompting Tweedy to issue a short (but sweet): “Take that Trump”. One of Tweedy’s greatest songs, the heartbreaking “Reservations” almost completely silenced the venue while the jangly “Box Full Of Letters” was the sole song from debut album “A.M”. The transition between “Heavy Metal Drummer” and “I’m The Man Who Loves You” gave drummer Glen Kotche the opportunity to pose as a rock god on his kit, while “Hummingbird” still remains one of the band’s catchiest songs.

Leaving before the encore would prove a serious mistake as the band returned to play “Random Name Generator”, one of the strongest tracks on “Star Wars”. “Locator”, another “Star Wars” track had the privilege of being sandwiched inbetween two of the bands most perenial songs, “Jesus Etc.” and “Spiders (Kidsmoke). With time for just two more songs, the band chose to play “California Stars” featuring William Tyler on lead guitar (and a piano solo by Mikael Jorgensen) and a reworked version of “A Shot In The Arm”.