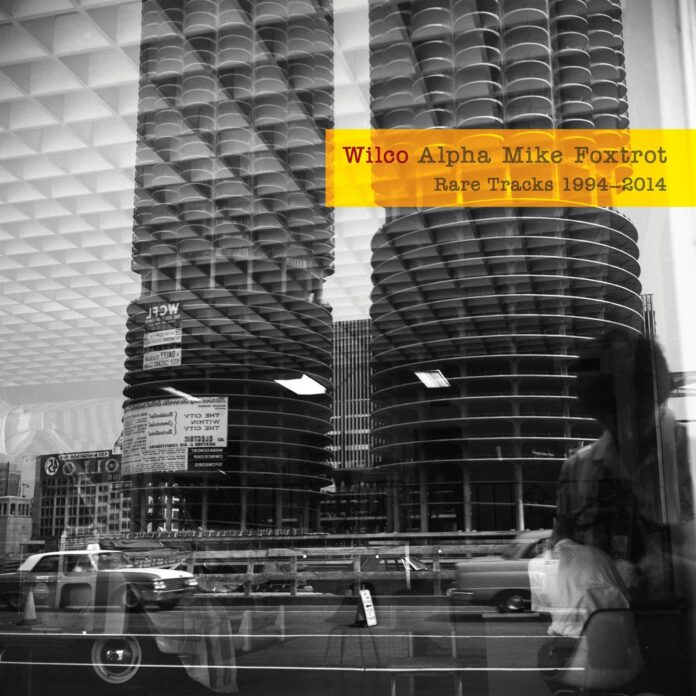 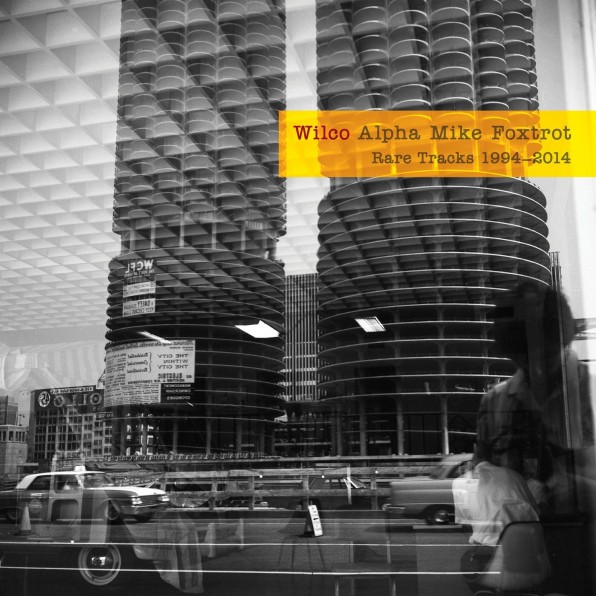 After the split of celebrated alternative country outfit Uncle Tupelo in 1994, the consensus was that it was Jay Farrar with his new band Son Volt who was the winning horse and Jeff Tweedy the challenger. The pecking order seem to be reflected by the fact that Son Volt’s first LP Trace outsold Wilco’s AM, but the trajectory of both bands would soon change with Wilco going from strength to strength reinventing themselves on each record while Farrar continued to plough the same furrow.

And here we are 20 years later with the release of this box set and its companion “greatest hits” set : What’s Your 20 ?, Alpha Mike Foxtrot is a cupboards clearance compilation that compiles unreleased songs, live versions, covers, demos in a chronological order. The set is accompanied by a hefty booklet with commentary for each songs by Jeff Tweedy and some essays by band members and key players in the band history (including one excellent one by Bill Bentley who was their publicist at Reprise Records). Not all the songs are essential but you get a fair share of unreleased gems… Some excellent songs from the Yankee Hotel Foxtrot recordings : Cars Can’t Escape, A Magazine Called Sunset get their first official release. The soulful The Thanks I Get recorded during the Sky Blue Sky sessions and originally destined for Solomon Burke is the high point of the 4th cd (though the acoustic version found on the Jeff Tweedy live dvd “Sunken Treasure- Live In The Pacific Northwest ” might give it a run for its money).

There is also some really good covers of other people’s songs : a carbon copy of Steely Dan’s Any Major Dude Will Tell You that was recorded for the soundtrack of the movie “Me, Myself and Irene”, a live version of Bob Dylan’s I Shall Be Released with The Fleet Foxes or a recording of Nick Lowe’s I Love My Label that celebrated the launch of their own DPM record label in 2011. The selection of alternate and live tracks is a bit less enthralling but you still find some goodies. There’s an excellent demo of Monday without the irritating clavinet that you have on the final version that ended up on Being There and you get Unlikely Japan, a song that was ultimately blended inside Impossible Germany with a completely different melody  on Sky Blue Sky. All the post A Ghost Is Born live tracks are fantastic listens and show what a great live band Wilco has become since the current line-up came to fruition. The live album Kicking Television was already a testament to that but the tracks here improve on that already great live LP. Nels Cline’s soloing on Impossible Germany is simply fabulous… To measure the path covered by the band I would recommend listening to the punkish version of Passenger Side that opens Disc 2 and then jump to the live version of Spiders (Kidsmoke) that’s on Disc3.

This set is not for the Wilco newcomers but it collects all the odds and sods that the band recorded through the years in a nice package and at a more than affordable price.