Keith Goldhanger takes notes, Naomi Dryden-Smith takes the photos and together they report on the delayed Wide Awake Festival in South London’s’ Brockwell Park brought to us by Bad Vibrations, LNZRT and Snap Crackle & Pop, some of the original Field Day and Dimensions festivals founders and the people behind MOTH CLUB, The Shacklewell Arms, The Waiting Room, Peckham Audio and Test Pressing Festival.

Some of us haven’t been to Brockwell Park in Brixton for decades. Some of the oldies amongst us (and there are many) are reminiscing about the day back in the mid ’80s when we saw The Damned, New Model Army, Spear Of Destiny and The Fall here – that must have been such a rip roaring day we can all still remember it over thirty years later. Headliners Shame were probably a few years away from being born let alone old enough to play on the swings here around that time, but it’s nice to be back in South London and to see the London skyline from a different vantage point in between the trees and flats.

Therefore as regular as the mullet becoming fashionable again, we’re back inside this wonderful park for what already looks on paper one of the strongest line ups we’ve seen this summer. Any of these stages today on their own could match that day back in 1984, and we’re feeling spoilt today on many levels. IDLES appearing early enough to get the punters in should be a lesson for many future all day events like this, as it allows acts such as Tiña to perform in front of a huge crowd of early arrivals and settle us down for what’s to follow.

The Bristol band have another show in their home town later today and are brilliant of course, but need to be reminded why so many people fell in love with them in the first place. Relying on radio plays to find new fans seems to be the order of the day now, as we’re unsure if first timers will embrace the band after today’s performance as much as we all did after seeing them live for the first time three or four years ago when we didn’t have to sit through them rocking out ferociously early in the set, or spending five minutes watching guitarist Bobo crowd surf again (as entertaining as it is). We do get a dozen songs spread across their allocated stage time though, and obviously the band have such a large back catalogue now there’s always going to be some of us who miss hearing their favourites. We all know how great Idles are but where do they go from here one asks?

Porridge Radio pull a big crowd over on the Bad Vibrations stage and seem to still be getting better every time we see them. Georgie’s keyboards seem to be driving these songs more today, along with their well crafted energetic vocals. We get a new song that builds up nicely into a glorious crescendo and we’re left wanting more, before realising three minutes down the slope we can catch the sick as fuck Squid whilst sipping at a (more than) six quid pint of ale on this hot afternoon in the sun. PVA follow and start well, but lose our attention after fifteen minutes so we gear ourselves up for a quick dash around the site to catch a bit of the glorious Pozi who are suffering from us out front being unable to hear the violin for the first ten minutes (which is a bit like being at a Gary Numan show and not hearing any synths). Dry Cleaning are over on the MOTH Club stage who sound just as great in a massive environment as they did when we first spotted them in a tiny club in East London not too many years ago. We still keep being reminded of Sonic Youth’s Tunic as Tom shreds his guitar, but Florence delivers the vocals with clarity, dry humour and composure not matched anywhere today by anyone else. They pull a huge crowd and are sufficient replacement for the missing Dream Wife, originally booked for this slot.

The distance between The MOTH Club stage and the Bad Vibrations stage means we can drift in between the two at times by only taking a dozen or so steps therefore we catch some of Crows blistering set before returning to the So Young stage to attempt to look good on the dance floor and dance like a robot to some electro-pop (‘in 1984’). Lynks fully costumed-up, treats us to some on stage synchronised dancing with three or four female associates before allowing those of us here to join in and become the best fun in town today. Sharp dance floor tunes with sharp clever lyrics, with a cameo from Charlie from Shame for This Is The Hit, leaves us satisfied enough to realise that Snapped Ankles are as not quite as much fun after ten minutes but entertaining enough to pass the time in front of before wandering twenty seconds away to catch the one band many of us have never seen before today, (Canada’s) Crack Cloud.

It’s bare chests and string vests for half the entourage today who are led by drummer Zach Choy who drives this ensemble rhythmically and vocally (even though at times there’s four or five members also singing and a couple of others playing percussion behind him) . We’re being treated to intense, aggressive, hypnotic afro beat at times with equally aggressive guitars that drive each song throughout without breaking any speed limits. A wonderful introduction for those of us who have not previously had the pleasure to witness and a reminder of how fabulous last year’s debut album Pain Olympics is.

A few steps away The Murder Capital are also providing intense, thrilling and boisterous entertainment to a huge crowd however a sudden end to their set leaves many puzzled and slightly annoyed at not really being able to understand the reason for this.

We stay away from South London’s Black Country New Road and Black Midi by having another look at Yorkshire’s Yard Act who pull a huge crown into a small space and grab our attention for half an hour with their post punk humorous ramblings before returning to the stage where we began to see Shame tear through their repertoire once again proving their capabilities of headlining such a brilliant fulfilling event.

We missed loads of course and some omissions (Lazarus Kane, A Certain Ratio, White Flowers, Goat Girl, Black Country New Road, Black Midi, Erol Alkan, Daniel Avery, Self Esteem) could have given us an alternative experience yet still resulted in us having an equally enjoyable day out.

The areas around the Windmill Stage and the MOTH Club stage we stood in front of today are more than a dozen times larger than the venues they represent down the road in SW2 and across town in Hackney respectively. It needs pointing out that these venues have accommodated the same bands during their early careers (at times for free) in the past, and continue to provide the equivalent currently. It’s a reminder of what we have littered around London that needs to be supported. Other venues exist around town of course and still provide top quality bands on the rise, and each are all worthy of our continued support, as are the organisers of the other stages. Bad Vibrations especially have been introducing us to some wonderful bands over the past few years and some equally wonderful all day events (many of these free), that have included not only many of the bands we have seen (or swerved) today, but many others that still remain part of our daily listening habits whilst being locked indoors recently.

Today was quite possibly another event in Brockwell park to be remembered in a few decades time. Top marks all around and well worth the long wait for it to happen. 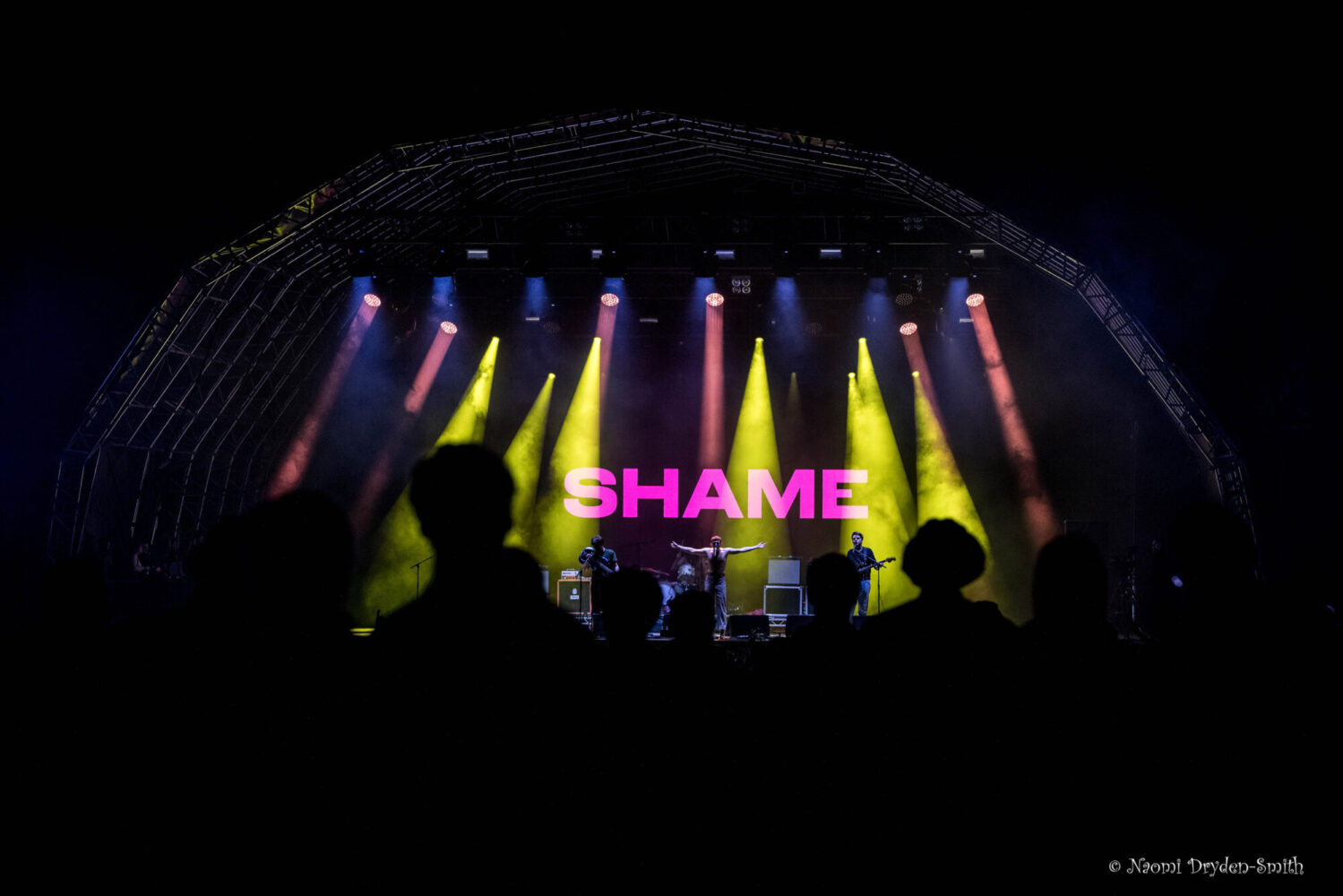