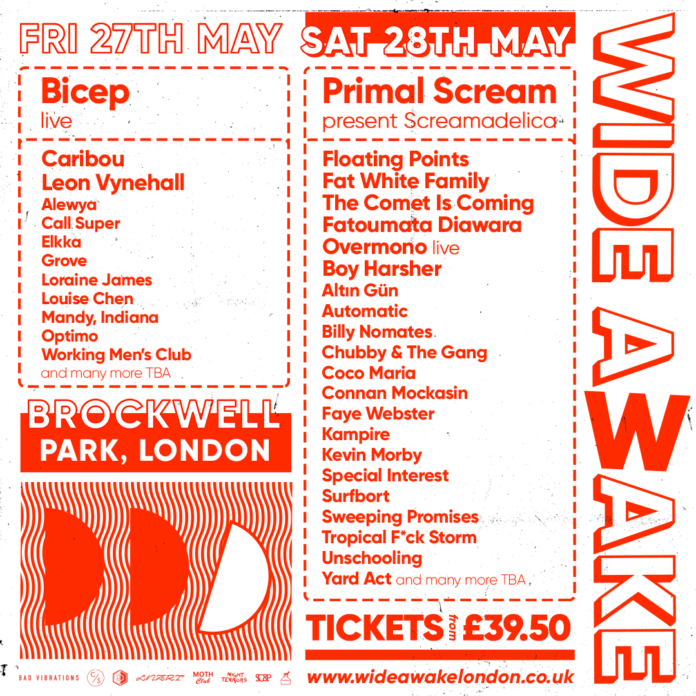 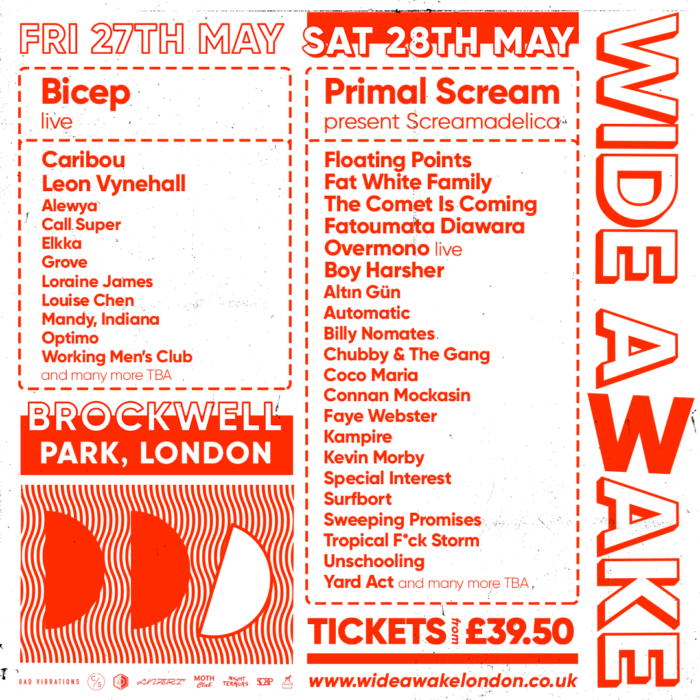 Brixtons’ Brockwell park will yet again host the 2022 Wide Awake Festival and organisers have just revealed some exciting news regarding the event due to take place at the end of May.

Those of us who enjoyed the debut Wide Awake Festival in South London’s Brockwell Park last September may enjoy hearing the recent news that the 2022 event has now revealed not only the first list of bands appearing but that the event is now to take place over two days.

Day one is on Friday May 27th and features a more electronic line up with BICEP headlining alongside CARIBOU, LEON VYNEHALL, WORKING MENS CLUB and OPTIMO amongst others.

Day two on Saturday May 28th will be headlined by PRIMAL SCREAM (Playing Screamadelica for the first time in a decade) alongside FAT WHITE FAMILY, YARD ACT, THE COMET IS COMING, FLOATING POINTS, CHUBBY AND THE GANG, BILLY NO MATES and many more to be added as we crawl through winter, skip through springtime and begin to enjoy summertime again.

Friday’s festival will be programmed over four stages by Bugged Out and Snap Crackle and Pop, as well as south London’s own Corsica Studios, and Saturday will feature six stages curated by independent London promoters Bad Vibrations, LNZRT and SC&P. These are all organisations worth getting to know as many of the shows we go to throughout the year are the responsibility of these people, and gig goers need to recognise and support this.

The Wide Awake Festival Web site can be found here.