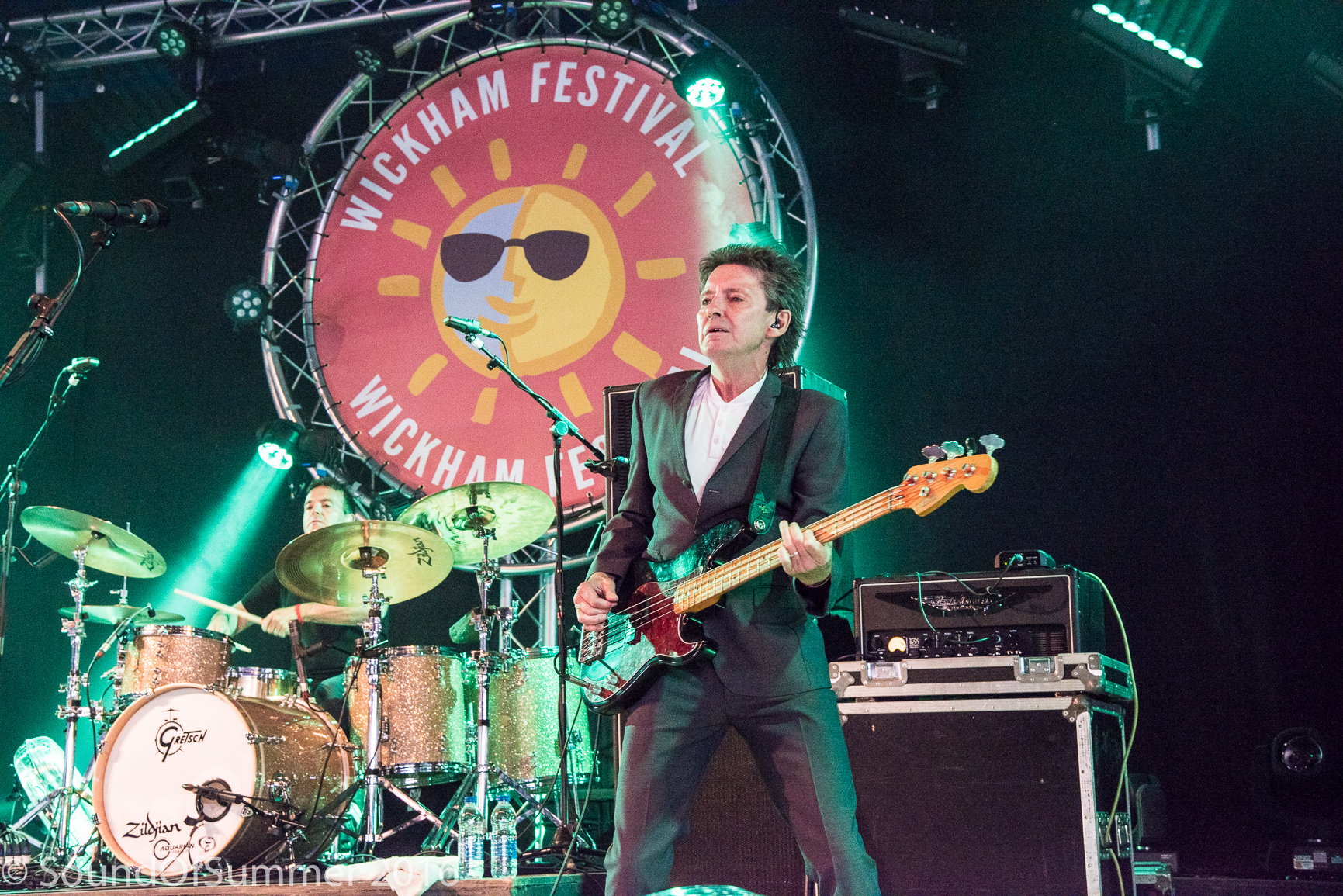 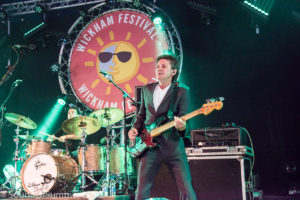 Wickham festival is one of those lovely relaxed mid-size festivals that always seems to put together a varied and eclectic lineup.  Alan Ewart went along to check out this years offerings.

As always arrival at Wickham is a delight, no queues, straight onto the site and set up for the weekend in under two hours from leaving home.  It was pretty windy when we arrived on site but the forecast rain never did arrive and the weather improved as the day progressed.  A leisurely lunch and a couple of beers and we were set for the evenings entertainment.

Wickham has been running for a good few years now but it continues to. Improve year-on-year.  This year has seen the addition of the Quay West Cave a stage in a huge marquee which sets out to showcase local talent.  The sound in this new venue is excellent and I will certainly be keeping a close eye on the talent on show over the weekend.  The new stage means that Wickham now has three undercover stages and an open air acoustic stage.  Of course the setup here really helps to ensure a great festival even in the worst of the British Summer.

Our wandering a around the site revealed an enlarged festival this year, there is more room and a better range of food.  We just managed to catch the end of Kathryn Tickell’s set on the main stage.  It was great to see that Kathryn continues to mentor young musicians and her set with six emerging folk artists went down well with the crowd.

Blazing fiddles were next up with a really entertaining showcase of the folk music of Scotland.  Blazing Fiddles took us on a musical journey through the Highlands and Islands. Their jigs and reels were a real treat and set up the scene for the wonderful Eddi Reader. 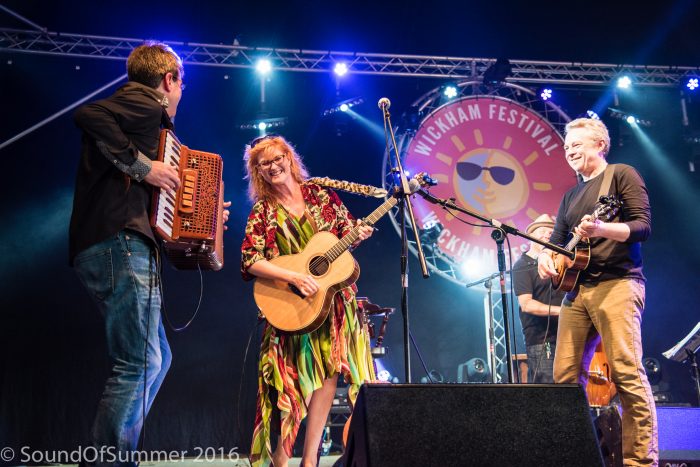 Eddi has one of the most amazing voices in the music business, her range is amazing but it the enthusiasm with which she delivers her songs that always impresses me.  Reader has been a favourite of mine since the 1980’s and she is one of those rare artists who always delivers.  Backed by a superb band, including long term collaborator Boo Hewerdine, Eddi delivered a fabulous set of classic songs from across her long career.  Fairground attraction songs always go down well in Eddi’s sets and her tributes to the departed Amy Winehouse and Cilla Black were both powerful and evocative.  Reader has the knack of telling amusing anecdotes about her songs that really help to set the scene.

Sadly 75 minutes passed all too quickly but it was a real treat.  Thursday headliner Tony Hadley was something of a surprise treat.  I was never what you might call Spandau Ballet’s biggest fan but if anything Hadley’s voice has improved with age.  It is certainly a powerful instrument and the crowd seemed to enjoy the set.

Friday was an incredibly hot day at Wickham and one that left me craving some shade.  If there is one minor drawback about Wickham it is that the site has little in the way of shade for sun dodgers like myself unless you want to spend the day inside the tents.  The music lineup featured Bruce Foxton’s From The Jam and The Stranglers, much as I enjoyed their sets I had seen both at other festivals in recent weeks and both played pretty much the same set. 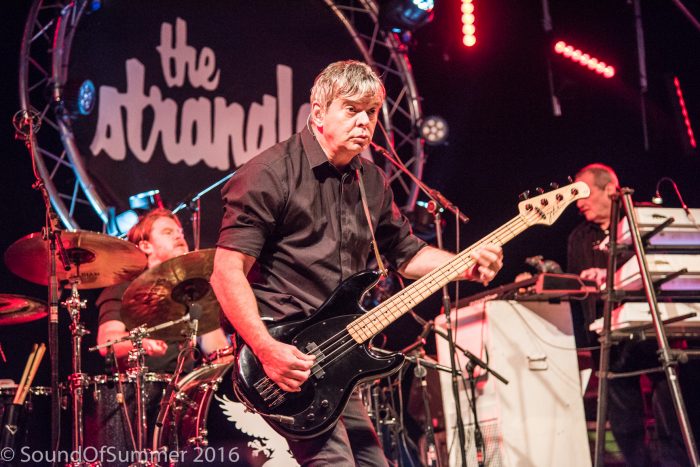 Saturday saw the hot weather continue and boy was it a scorcher.  The music lineup, at least so far as headliners go, must fall into the category marked “guilty pleasure.”  I snapped a couple of quick photographs of Chas & Dave before legging it to the second stage to watch the brilliant Merry Hell, an offering much more in keeping with my tastes than the cockney duo whose output ceased to be relevant about 40-years ago.  The headliners were the Trevor Horn Band and Spike’s AllStars.

Now don’t get me wrong both of these bands were crammed with top talent and both took the large crowd on a jolly retrospective sing-along.  Essentially we had two scratch bands who belted out a set full of 1970’s and 1980’s hits.  It isn’t everyones cup of tea but it was well executed and the Wickham crowd seemed content to sit in their camping chairs and sing-a-long.  I couldn’t resist watching Toyah join Spike’s AllStars on stage and I thoroughly enjoyed reliving her 1980’s heyday.  I was very disappointed with ex-Marillion frontman Fish who turned in what I thought was a rather lacklustre performance when he joined Spike’s band onstage.  That was my cue to head back to the second stage to catch the Oysterband who rarely disappoint. 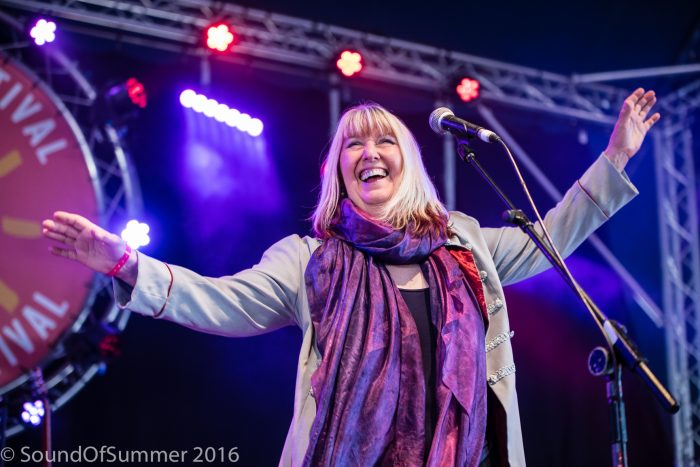 Sunday’s lineup took a distinctly classic folk turn with the likes of Steeleye Span and Lindisfarne on the bill but it was Newcastle outfit Holy Moly and the Crackers that won my accolade for Sunday’s best band.  Sadly we had to leave the site early in order to get my son off to the airport for a break in Amsterdam and as a result we missed both Hayseed Dixie and Lindisfarne.

Wickham was a superb weekend with a decent lineup in glorious weather, what better way to spend a glorious August weekend?