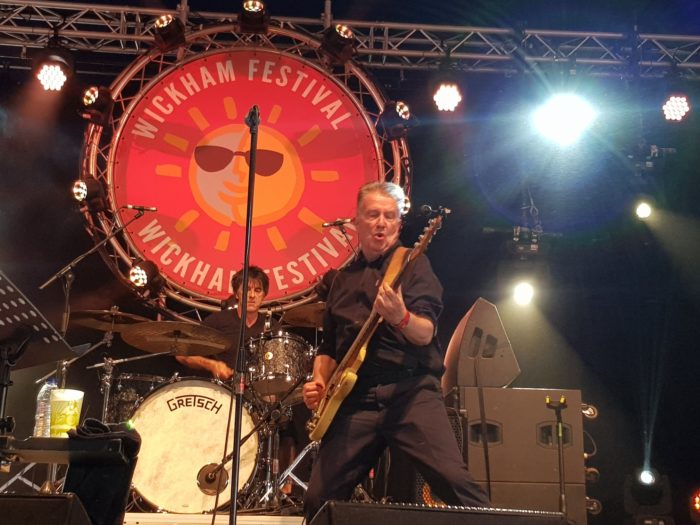 “If you want to find the chronology of my CDs, just follow the hairline.” – Jim Malcolm

“I’m not going to patronise you; you do know what that means don’t you?” – Steve Harley

“This is a song about how fucking uncool I am.” – Gaz Brookfield

Just take a quick read of the words above and you’ll sample the down-to-earth, good-humoured spirit of The Wickham Festival.

Before seeking to capture the essence of this year’s gathering, I shall first confess that I had never been to Wickham before. I honestly hadn’t realised what I had been missing. To make myself sound like an even bigger wazzock, I seriously thought it took place in deepest Suffolk, rather than really, accessibly close to the M27 in Hampshire. I am now four days older and wiser. A better man.

You have the Valley Stage (the bigun – nearest the valley) and the Village Stage (the smaller tent – take a wild guess why it’s called that). In general, if the festival were one organism, you could categorise the Valley Stage as the head, with many a cerebral moment for the predominantly seated audience, and the Village Stage as the heart of the festival, beating with the rapidity that excitement and exertion brings.

There were highlights from both realms. The back-to-back scheduling of Gaz Brookfield and the Company of Thieves and Ferocious Dog on the Village Stage to conclude Saturday was the work of someone with a bloody good idea how to throw a party. Gaz Brookfield’s set was energetic, charged with warm humanity and beautifully self-deprecating lines. His musings on tossers talking through gigs, buying crap cars, being bullied and the genuine medical apocalypse of being told you can’t drink cider anymore had won the audience within minutes. He then held them for an hour.

Ferocious Dog, so aptly named many years ago by the unfiltered imagination of a child, demonstrated a lot of that indefatigable ferocity that youth brings, despite outwardly manifesting their advancing years. Their set was a lesson to all that we are only as old as we allow our minds to be, and our strength is our business, not others’ to define. 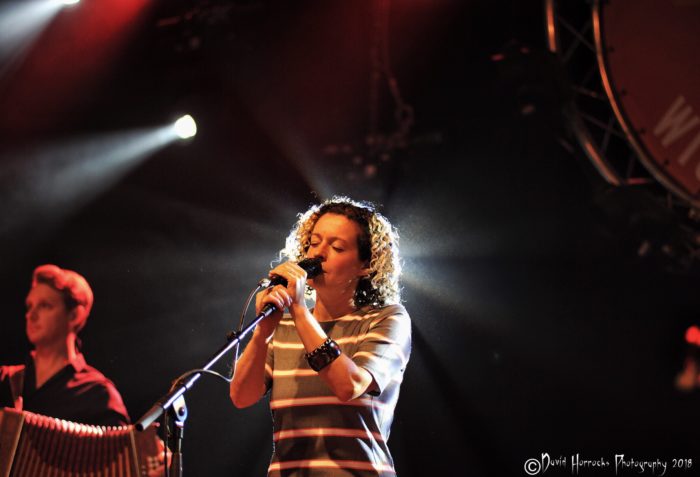 On the Valley Stage, Kate Rusby, Martyn Joseph, Tom Robinson and The Pierce Brothers gave us stand-out musical sets, along with the unexpected triumph of Les Barker’s spoken-word segment. Apart from the common-sense wisdom about Dachshunds above, Barker gave us further musings about the meditative canine martial art, Shi Tzu, and a prolonged poetic symposium on whether or not you can have déjà vu for the first time. Kate Rusby combined impish fun and poignant emotions, culminating in ‘The Bitter Boy’, about her late Uncle Stanley. So glorious was the Wickham sunset, backlighting the crowd in their own aura, that she had to stop and take a photo to go on TwitFace.

The Pierce Brothers broke down on their way to Wickham. A knackered fan belt almost knackered them. Bless the taxi driver (at whatever expense) who brought them to the venue with two minutes to spare, and bless the adrenaline that the whole incident induced, because they were gloriously fired up. Maybe they ought to have a major logistical crisis before every gig they play. They were one of three acts that really fired up the more sedate big tent. Martyn Joseph was another who took an immediate grip on the crowd bristling with social criticisms framed as visions of a better life, like on his anti-grumpy-old-sod anthem, Here Come The Young. Tom Robinson put a real rocket under the main stage crowd on Saturday, reviving the convention-shaking spirit of “Panic at the County Hall” that Up Against The Wall first embodied. 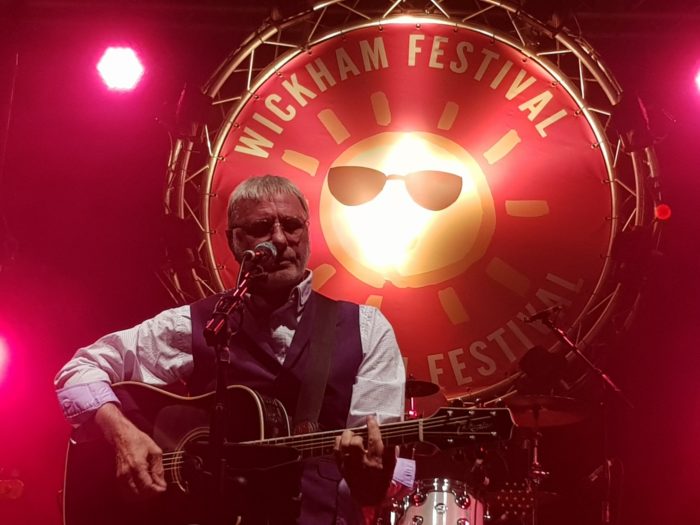 There was intensity of a lyrical and a rhythmical kind throughout the weekend, as well as so much deft musicianship on show. Saltfishforty, The Red Hot Chilli Pipers (rivalling Faithless for songs about insomnia) and Tankus The Henge satisfied our wild side, whilst The Richard Thompson Trio, Jon Boden and the Remnant Kings and Drever, McCusker, Woomble gave us brief and intense storytelling, but for sheer theatre, you couldn’t beat Steve Harley and Cockney Rebel.

The festival’s origins, and much of its present, is clearly steeped in folk, and when you demystify ‘folk’ from a broad and generic term, you can take it back to its association with ordinary, everyday people. A large part of Wickham’s charm seemed to be that no performer seemed bigger than the event or even remotely above the people stationed below them.

Jim Malcolm shared his blackberry-picking trouser-shredding mishap anecdote. Roy Bailey praised the professor at Sheffield’s Northern General Hospital who had let him out the previous day to play. The sartorial and sonic elegance of Imar was combined with a personable modesty. Looking like they had turned up to an evening wedding do, they must have been the second most inappropriately dressed people for thirty degree heat after the bloke in the velour Tazmanian Devil costume I saw in the ticket collection queue.

He provided the high point, so Gaz Brookfield can provide the conclusion. He sings, in The Land Pirate’s Life, about how travelling musicians hardly live in the lap of luxury, but it’s still a great life to choose (most of the time). Festival-goers are a different breed of land pirate, but we too put aside our first-world home comforts for a weekend of sweaty tents, camping chairs and one or two more fine ales than the next day can truly cope with. If you were at Wickham this weekend, you’d agree it is worth it all round. 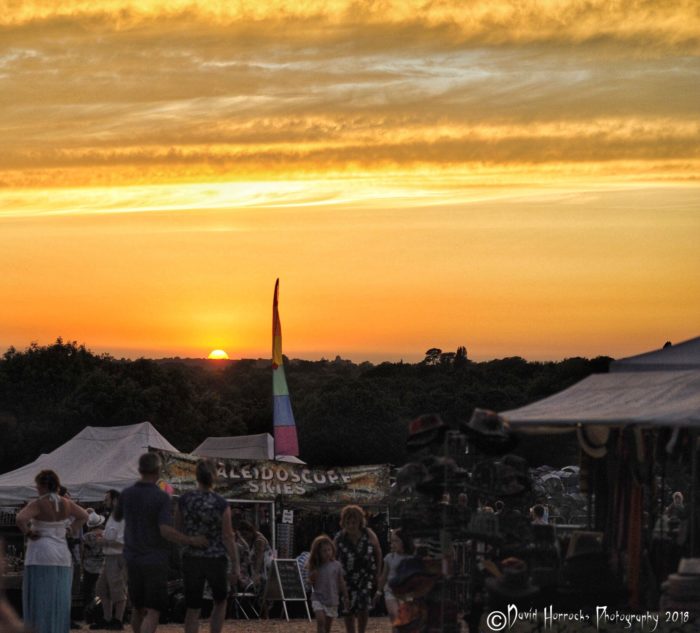 You can see more about the Wickham Festival here. Early-bird tickets are already available for next year’s event (1st-4th August 2019). The Festival is also active on Facebook and Twitter.