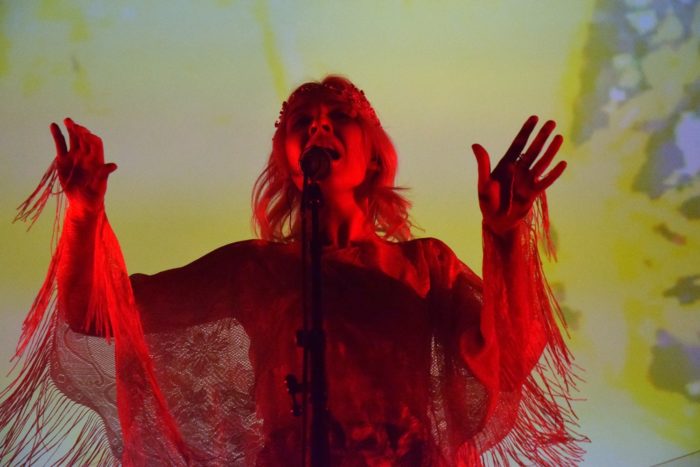 After a terrific year, Manchester’s Whyte Horses return with a double A sided Christmas single, available digitally and on 7”, which is another beautiful blend of pop-psych, cosmic folk and 60s French-style pop laced with some lovelorn lyrics and magical Christmas bells.

Following on from their critically-acclaimed second album, Empty Words in March of this year, for which which this author wrote a 10/10 review, Manchester psych-pop outfit Whyte Horses bring you a double-A sided new single: Next Year Will Be Mine, backed with a cover version of Vashti Bunyan’s Coldest Night of the Year.

Next Year Will Be Mine is an original Whyte Horses track full of joyful eccentric kitsch, chiming Christmas bells and honeyed harmonies…a festive treat that will warm the heart of any Christmas Scrooge. The song captures the shedding of one year and the hope of all the next one will bring, wrapped up in a wall-of-sound production, so distinctive, that anyone would be forgiven if they thought Phil Spector had a hand in making this record.

Coldest Night of the Year pays homage to the Vashti Bunyan ’60s classic with lashings of Whyte Horses magic. The soaring chorus melts away the heartache and captures the wonderful bittersweet feeling of the longing for loved ones at this time of year.Both tracks were recorded at Studio Humbug, Isle of Wight and produced by Boe Weaver. Already available

The single will also be released as a limited edition 7” on 21 December via CRC Records.

Following on from their glorious performance at Royal Festival Hall this September, reviewed here ,  the band will be heading to the USA in the new year to play their debut headline show in Los Angeles followed by SXSW.