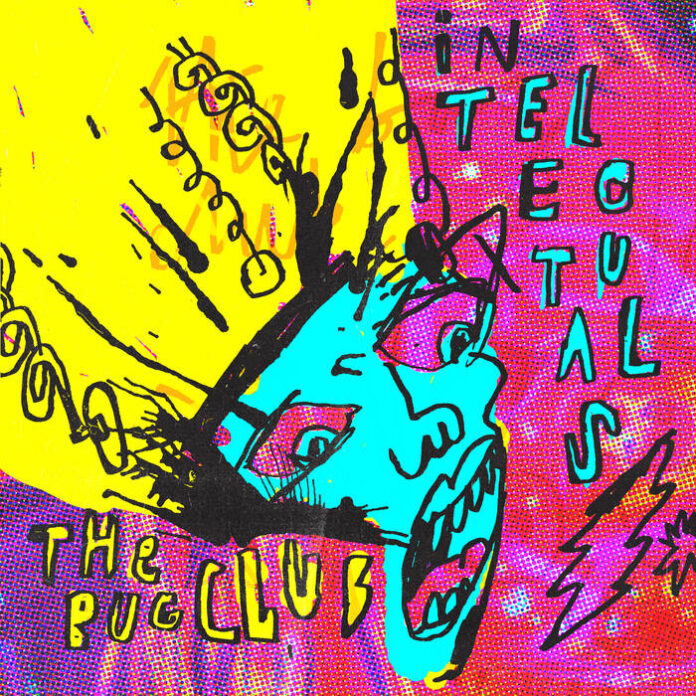 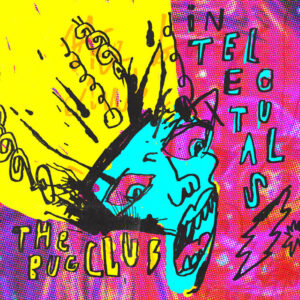 Caldicot based three-piece The Bug Club have been working away since 2016 honing their stripped-back garage-pop and building a live following. Things have accelerated in the last year. Since signing to Bingo Records they have released a series of garage pop gems over the last 12 months. Dave Beer listens to their releases so far and explores why, if you like your music DIY style, they are a band to keep your eye on.

I don’t think anyone in The Bug Club has read the music streaming instruction manual. They can’t even have glanced at it. Keep them short and pile them high. That’s the way to go if you want to succeed. Try to get as many listens as possible. Listens get the algorithms to push you to the front of the bustling crowds. Listens get you a tiny bit of that very small pot of money. So why would you release a single that is actually a mini-album? It makes no sense, not in this on-demand cultural scene. Yet that’s what The Bug Club did back in January with their stunning track Intelectuals (spelt with only two Ls). It’s actually five tracks bolted together under one title. According to the logic of streaming, that is not very sensible. This is the opposite of spreading yourself thin. A tour-de-force of segueing. That ten minutes or so takes the listener in all different directions, leaping from one lily-pad to the next. To add to the tension, it all sounds like it’s been recorded live and in one take.

And they are brilliant tracks too. If it was an EP it would have been a cracker. Raw, stripped-back and deadpan, Intelectuals takes the listener through a mini-tour of The Bug Club’s sound. It’s a good entry point for new listeners. This is no tourist guide though, there is no meandering through the scenic route. This mini-trip takes you as the crow-flies, straight to the core of their sound. Within Intelectuals there are at least three vocal hooks that are impossible to leave behind. “Pick me like a flower, pick me like a flower in the rain” is an unshakable refrain that only arrives about 8 minutes in. It’s a classic moment, especially as the dual voices that weave into all of their tracks start to crack under the pressure of the demanding vocal line. It only adds to the sentiment.

The tone shifts within Intelectuals’ five segments. It has a deftly sorrowful starting point. The opening wistfulness of the first of Intelectual’s choruses tells us that they would “sleep better in the graveyard” and that they would “be happy in the daytime”, it might sound maudlin but it’s actually gripping. There is something crushing about the harmonizing as the paired vocal sings of how “there’s no room for me and you on happiness bay”. The pace rises and falls as the segments of Intelectuals play out. I should say that this is no rock opera. It’s much more like a mini-gig. I’m still wondering why they didn’t release it as an EP with separate track listings. The single’s B side hacks out a slice of one of the five segments and repackages it with the joking label ‘money version’. Maybe they have read the streaming manual after all, they just didn’t like what they saw.

I hesitate to try to write something about why this music’s rough-and-ready impulsiveness feels like a bit of an antidote to the pained self-disciplining of social media or how the brightness of the creaking melodies offers a type of escapism to the horrors. I’m cautious because the middle section of Intelectuals gives an acid take on the unnamed intellectual’s who find The Bug Club’s songs ‘pretty’ or ‘amusing’. They seem annoyed with intellectualising about their music, I’m not sure why, maybe I missed something. Perhaps that disdain alludes to their playfulness as much as anything else.

There are quite a few such moments where they take a lyrical sledgehammer to the fourth-wall. At one point they announce, for example, that the third verse of the track means nothing and that is it just to get people to cheer. These types of moments are scattered across the 14 tracks (if we count Intelectuals as a single track) that they have officially released so far. These 14 takes have been gathered on the Launching Moondream One EP released in April 2021 and the album Pure Particles that came out in November last year. And then came Intelectuals in January this year. In less than a year they have released some glue-catchy music. From the first single released on Bingo the tunes started tumbling out of them.

It takes a brave band to sing the alphabet. It’s hard to imagine it sounding anything other than monotonous. Listening back again I’m not sure how The Bug Club managed to make it sound quite so lively on their hooky debut single We Don’t Need Room For Lovin’. It works – the catchiness means you hardly even notice. Doing something so cut-back could even be a statement of intent, especially when you drop it into the middle of a brilliantly understated piece of pop. That lyrical austerity reflects the garage-rock sound they seem to be cultivating. If you were after a label, garage pop might be better. There’s no intro, it’s Just straight into the verse.

The sauntering vocals of We Don’t Need Room for Lovin’ amble over the driving Roadrunner style chords. The guitars are trebly and stark rather than sharp, angular or jagged. The deadpan vocal delivery keeps things on the right side of chirpy. Then the Dave Davies style guitar solo forms a cliff face at the end, falling away into a screeching blur. Quite an opening statement. I’m picturing them putting the alphabet in as a placeholder, just chanting it as an off-the-cuff thing while they put some other lyrics together. Let’s stick with this though, it sounds good.

The three members of The Bug Club are able to shift a song at some rate. They never dwell on anything for long, even their more shimmering moments come and go quickly. In places they wheel out a weighty riff when they need to or a searing improvised-sounding guitar solo, in others they rattle along to a chugging chord progression or tumbling bass accompanies the dual vocals. With music like this there is always a risk of sounding twee or quaint even. Yet The Bug Club seem to find a space that is able to be melodic, knowing and sometimes even quirky without it spilling into something too saccharine or cartoonish. It’s the roughness and the live feel that grounds those moments in something tangible and tarnished.

There’s also this unfinished and improvisational feel that sets a tone for the songs to follow. It gives the music a liveliness and a vibrancy. That’s a hard thing to recreate in recorded music, but they seem to have found a way to capture the sound of the band without it falling flat or losing definition.

With their stripped-back harmonics The Bug Club sound like an unlikely band, somehow out-of-time and out-of-place. They make sparkling music, yet it’s like they belong somewhere else. And then there is that out of kilter five-for-the-price-of-one track. I can’t shake the impression that they don’t fit with these times. That might be a good thing.