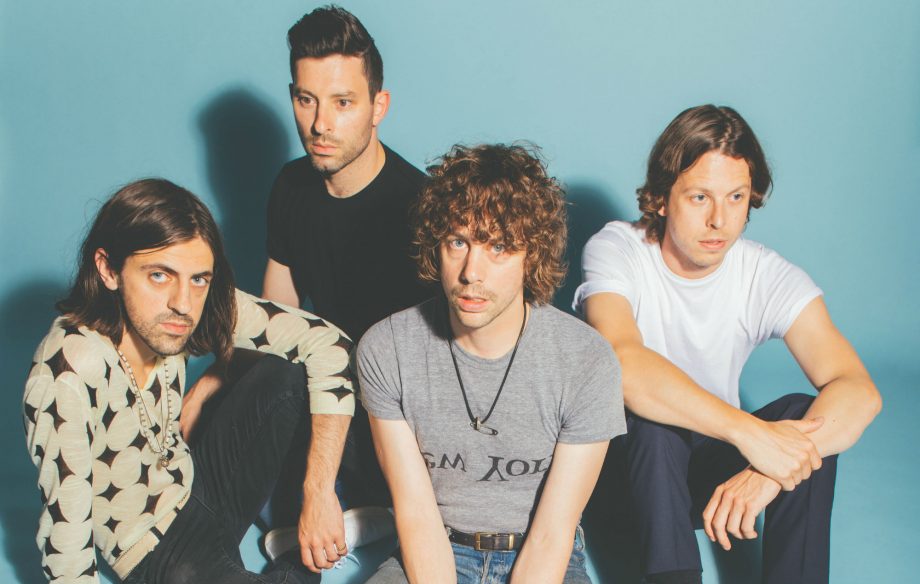 Look out, Alex Turner, there’s a new cock in town. Or should that be old cock? Johnny Borrell, the snuggle-toothed upstart behind indie darlings Razorlight, is back with his band, a new album and – we hope – the same old attitude. Sam Lambeth explains why we’ve needed Borrell all along.

Brit Awards, 2014. Arctic Monkeys, with quiffs, leather jackets and a penchant for Strongbow now fully in bloom, were accepting an award and adopting their new infamous brand of bullish swagger and airheaded arrogance. “That rock and roll, ay,” Turner slurred, before eventually dropping the microphone to the ground. “Invoice me for the mike, it’s alright.” Then he was gone.

The world applauded. NME, now slightly crumbling under the pressure of rushed writing and faddish fancies, dedicated a whole issue to the speech. All this writer could think of, though, was how such douche-esque behaviour was more akin to a certain Johnny Borrell. Remember him? The white jeans complimenting the equally wan stomach. The tousled hair blowing fecklessly in the wind. The arrogant one-liners that kept broadsheets and wank rags in gobby gossip. And yet here the world was applauding Turner for the very behaviour Borrell was pilloried for. Something just didn’t feel right.

Forget about Alex Turner now. After all, his dickheadedness has dissolved somewhat now he is busy building tranquillity bases and polishing his scalp. Those that have still kept their cardigans cloistered away and their Topman t-shirts mothballed can rejoice, for Razorlight are now officially back. With it, one hopes, is also that bravery, that foolish yet endearing arrogance and that egotistical verboseness that defined Borrell at his best and his worst.

Why does the world need Borrell back? In short, indie music has been slightly dull without him. In a world where responses are oftentimes prepared, prudent and perfunctory, Borrell was much more daring. He didn’t know the rules, but hell, he wouldn’t have listened, anyway. Yes, Oasis have a lot to answer for when it comes to unbridled arrogance, and while Borrell’s bullishness could occasionally bristle, there was something refreshing about his ripostes.

In a way, you simply had to treat Borrell like a child on too much dib dab. Entertain him. Humour him. Indulge him. Tickle his ego, pull his string and then watch him rant away. It was a move that helped spawn some legendary quotes that are still dusted off almost fifteen years after Razorlight’s debut record Up All Night was released. “If Dylan is making chips, then I’m making the champagne,” Borrell said at the time. It was fair to say, though, that for the past decade the chips have very well been down in camp Borrell.

Razorlight attempted something of a comeback a few years ago, but one press photo – in which his backing band looked like they’d been assembled from a Jack Sparrow cosplay event – saw him savaged by the media. Then there was the disastrous solo record, where song titles such as the unfussy Pan European Supermodel Song were given short shrift by the music hacks. The fact it went on to sell about 30 copies (forcing Stiff Records to unleash a tongue-in-cheek ‘celebratory press release’) only added to the fact Borrell was nothing more than the papers used to wrap Dylan’s chips in.

But that was then. This is now. In an era where nostalgia seems to rule, Razorlight have been given fresh appraisals. After all, Borrell has always knew his way with a tune – just listen to that short, but sharp, back catalogue and try to resist punching the air to the rollicking Stumble and Fall, the urgent Rip It Up, the shuffling In the Morning. Admire him for his arena-sized ambitions on the gently chugging I Can’t Stop This Feeling I’ve Got, the melodic bursts of Before I Fall To Pieces and the redemptive Wire to Wire. Even America – god, that song, that song that turned Borrell into a poor man’s Bono – can be somewhat lauded.

Razorlight’s new record Olympus Sleeping is no-frills, all-thrills rock and roll. It’s a love letter to an era that has been given new life and new respect. Ten years ago, British angular indie music was on its way out and deemed old hat. Now, the likes of Razorlight are being treated like battle-hardened heroes, dug out of the trenches and ready to give it another go. The title track has that same nervous energy, melodic momentum and pristine hooks as their best work, while Sorry? and Japanrock are reflective and rollicking in equal measure. It’s so vintage, so old-fashioned but yet, in a weird way, so vital and relevant-sounding. It’s a sound that’s been missed.

“In the end, I couldn’t keep my mouth shut,” Borrell sings on Japanrock. Yep, that’s always been the problem. But with a new record, he finally has something to say. And it could be vital. Dig out your motorbike, give Kirsten Dunst a call and wash those white jeans, Johnny, you’re going back in.