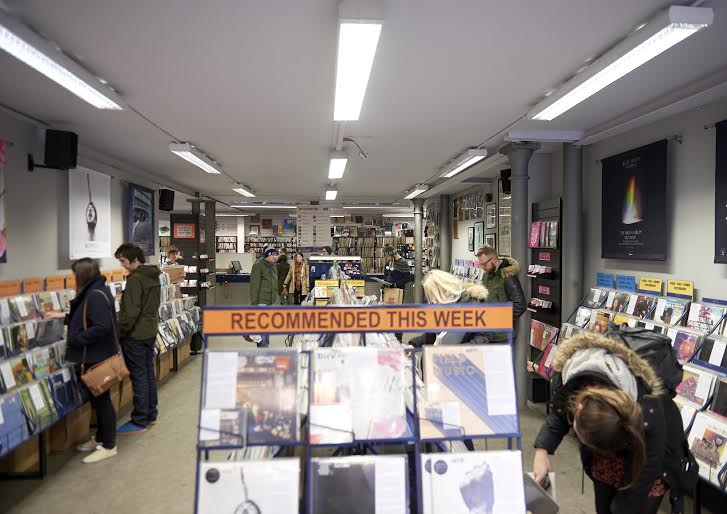 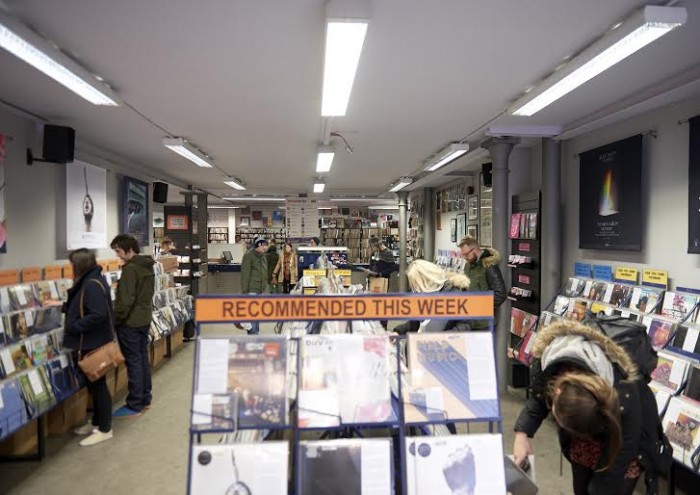 Saturday 16th April is Record Store Day; the yearly celebration of independent Record Shops – and Manchester is the city where it gets bigger and better every time. RSD, sponsored by BBC Music, is now in its ninth year and Manchester is pulling out all the stops for 2016, drawing attention to music culture and creativity. Expect some awesome shop specials, all-day live sets, David Bowie art tributes, and much more…

The Record shops have played a crucial role in inspiring and influencing musicians across this city, for years. Ian Curtis worked for a while in what was ‘Rare Records’, whilst The Stone Roses’ John Squire and Ian Brown frequented Eastern Bloc – there they signed many copies of their ‘She Bangs The Drums’ single. It was in a Manchester record shop that a six year old Stephen Patrick Morrissey bought his first 45 – ‘Come Stay With Me’ by Marianne Faithful. There is something intimate about these shops, as local store owner Alex Lee reflects:

“RSD should be celebrated in Manchester because there are so many record shops within close proximity to each other. There must be more than half a dozen in the northern quarter alone. From my personal standpoint as owner of Soundwaves Here We Come in Afflecks Palace, I’ll be celebrating the day by putting on DJs from two local labels – Valentine Records (vinyl set) and Analogue Trash (digital set). I’ll also be reducing all my music by ten per cent. As I’m predominantly a second hand record seller, and therefore effectively a niche antique dealer (much of The Beatles’ original back catalogue is nigh on 50 years old for example), I’ll simply try and make the day a bit of noisy fun for everyone who calls into my shop. . It’s the ultimate ‘something for everyone’ day.”

Manchester is certainly making sure there is something for everyone – with events spilling out of the stores in an even bigger celebration of sound. There’s a record fair on from 10 am at Sacha’s Hotel, on Tib Street – opening up the chance to browse through the vinyl of ages and even pick up a bargain!

It’s clear that music here has a physical presence – it’s not just the number of record shops which stand out – but how inviting they are, particularly in their RSD events. Participating places include Piccadilly Records, Vinyl Revival, The Vinyl Exchange and Eastern Bloc. Not only will they be offering special RSD releases (with a special shout-out to locals The Fall who are challenging Elvis in terms of the most RSD releases this year!) but plenty of offer stuff to get involved with. Vinyl Revival will be hosting live music from the Tom Hingley Band: who are also releasing a charity single for the day. You can also expect an awesome set from Roni Size and Krust inside the long-established Eastern Bloc.

Record stores are places you really can feel part of in Manchester. Another icon is on Oldham Street, in the form of Piccadilly Records, and a spokesperson shed light on just some of the opportunities available…

“We try to make Record Store Day as big an event as possible each year and this year’s no different. We’ve enlisted a crack team of producers, label heads and DJs, including 6 Music’s Mary Anne Hobbs, to keep the queue moving and grooving throughout the day, while face painters will be on hand to transform any willing punters into their favourite David Bowie incarnation. Gwen & Michael Riley Jones will be here to photograph the event as well as running a book stall stocking their photographic tribute to the shop, ‘The Piccadilly Records Book’.

There are a limited number of free tote bags and mugs to reward the earliest risers and BBC, ITV and all manner of other broadcasters will be popping in throughout the day to chat to the staff and shoppers about why vinyl matters to them. After the shop shuts and the dust settles we’re heading over to Deaf Institute to help host a RSD Afterparty spectacular. Up in the Music Hall, Piccadilly favourites Horsebeach will be rocking the joint with their trademark fusion of Mancunian miserablism and West Coast jangle (ably supported by Blooms, Move and Sprinters) while shop DJ trio Dave Walker, Sylvester and Patch are gonna spin wax in the bar and the basement til the wee hours. Come down and join the party!”

Plus there are so many parties going on for RSD in Manchester – it might seem hard to pick where to go! Bar and music venue The Soup Kitchen is hosting an all-day music event, whilst The Ruby Lounge is ready to come alive with live music from The Hipshakes. If that wasn’t enough, you can celebrate well into the after-hours at Joshua Brooks, where local promoters Tussle and Doodle are coming together for an awesome-sounding RSD special ‘knees up’. Expect top techno tunes!

In Manchester, Record Store Day is set to be an energetic celebration of a musical and creative culture which is alive here, every day. It’s an invitation not just to listen, but to feel included. Enjoy.

For more information on Record Store Day you can go here and to find out more about specific events, check out the venue websites.