Home Music Bands Why I think Menswear were alright 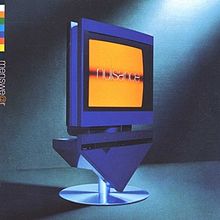 With news of the 25th anniversary vinyl reissue of Menswear’s debut album Nuisance, which has now been delayed with the rest of the Record Store Day releases, Dave Beer reflects on their contribution and why they might have been better than the Britpop storytelling often suggests…

I was 17 when the Britpop circus came to town. Menswear, the archetypes of the scene, were on tour. It was sometime in early 1995. Waiting outside the venue with my friend, a sparse group of locals began to form into something close to a queue. A reporter from the local radio station circled the group doing short interviews. He stopped and asked us a few questions. My friend was far more eloquent and knowledgeable, which showed up in the edit when the interviews played out on the radio a couple of days later.

The questions were about whether or not Menswear deserved the type of attention they were getting, questions about whether we should believe the hype, that sort of thing. A few days earlier the band had appeared on Top of the Pops before even releasing any music. As far as I know, that was a first. A minor footnote in music history. Notionally TOTP was imagined to be a kind of space of cultural meritocracy, where a spot on the weekly 30 minute bill was somehow earned by mastering the rules of pop music – with the occasional and exciting intervention from a band that didn’t quite belong. Menswear were yet to obtain their stripes and so the appearance was newsworthy.

From what I recall, the gig we were attending was the band’s first outside of London. A band like that playing in a place like this. That’s what led to the reporter’s presence. It added to the feeling that something was happening, we were on the precipice of a cultural moment, and we happened, very surprisingly, to be in the right place at the right time – this is a very uncommon feeling in the east midlands.

The gig was brilliant. Or at least it felt brilliant. The band were keen and energetic, and the songs seemed good. The proximity was intimate. The stage was only knee height and only about ten people could stand in a horizontal line across the front of it. I don’t image that there were many more than a hundred or so people there.

Stood at the front, which we were, you could easily reach out and touch a band member. It was close enough to smell them. They raced through a series of sharp pop songs, many of which would later appear on their debut album Nuisance. Menswear seemed more punk, or maybe quasi-punk, as a live band. Cartoonish perhaps, but punk nonetheless. The slight soft-focus of their later recorded output seemed to remove some of the edges. Live they were lively (the microphone needed repairing having been swung about a bit too much). Maybe this was something to do with the time we caught them, it was early in their upward trajectory.

At the end, the guitarist Simon White flung himself into the crowd. Someone stole his shoe. With one shoeless foot, he was safely returned to the stage. Moments later a roadie appeared on stage to ask for the shoe to be returned – they didn’t have any spare shoes. The glamour of the rock and roll lifestyle was temporarily punctured. The tour could continue. We purchased T-Shirts and saw the singer from Heavy Stereo at the bar (they were the support act), we didn’t say anything. About three days later I was listening to the local radio feature in the back of the car.

Our paths crossed again a few months later. Glastonbury 1995. We spotted Stuart Black, the bassist, walking through the crowd. We also saw Menswear play again. Slightly more tour-worn, as I remember it anyway. A bigger crowd and a lot more distance. We jumped around. By that stage we also knew that Stardust, the song they would close with, had a false ending. We didn’t cheer too early, we kept jumping. The band were still good, but the energy was starting to deplete. The music business was taking its toll perhaps.

I’m not clear what happened to Menswear. Things moved on and their second album never materialised. There were a few pictures of them in the music press, but they seemed to be taking a baffling new direction, it was like they were unsure what to do next. And what they did choose to do didn’t end up getting a proper release. I don’t think I’ve ever heard any of it. There was plenty of other music about, so it didn’t seem to matter too much.

Menswear were often ridiculed and dismissed, both then and in the years since. I was stuck feeling that they had maybe been misunderstood. They weren’t the pretend band or the joke that they were sometimes made out to be. Listening back to Nuisance now – after hearing the news that the record would be re-released on vinyl for its 25th anniversary – I’m reminded of the Monkees-esque tone.

Maybe the problem was that the record lost the live feel and was overproduced in places. I liked the album, I remember being a bit disappointed with the recorded version of Stardust in particular though. They turned a raucous iconoclastic stomp into something that was too polished and overblown. That song was lost and what they ended up with was something that would feed the negative takes rather than capture what the band were doing. I thought Hollywood Girl was the standout track, largely because it kept more of the live feel. Listening back the songs still stand up – if you approach it as pop music. But it is hard to be objective about music from your past, it mixes too much into the times.

Of course, Menswear were far from perfect. They too often veered into caricature. This could be a little embarrassing. The Britpop starter-kit outfits were a bit derived and maybe a bit too obvious. It should be remembered though that they played a part in setting as well as following the trends, but it was becoming too easy for people to think of them as mannequins. And I’ve mentioned those overreaching productions that seemed to be aiming too hard for pop crossover – maybe by that point there was a lot of money that needed recouping and so the decisions were motivated by revenues. I do wonder though if the missed point is that not all music needs to be serious or earnest. Sometimes there is enjoyment to be had in the playful, the arch and even the superficial. Messing about can be compelling. This is a popscene.

Admittedly my warmth towards Menswear is probably to do with the fact that they opened up cultural possibilities for me. It’s a biographical thing, I’m sure. In that sense it is also nostalgic, it is as much emotional as it is rational. I can’t say that I have listened to the record a lot in the years since. In fact, this announcement has led me to return to a set of songs that I’ve not heard in a long time and that only reside in that amazing bit of our brains that seems to retain melodies a lot longer and more clearly than most other things.

I’m not defending Menswear here, nor am I saying that they were the greatest band ever, but they were interesting and they did entertain. They brought a little bit of energy and excitement with them. When I hear Menswear mentioned I remember the night that the show came to town, fleeting as it was.

Words by Dave Beer, who is on Twitter here.