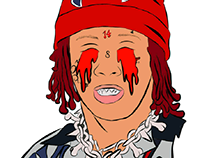 Why Alternative Pop will Rule 2019…Milly Whyles sees a big seachange in pop culture as it mixes in new ideas from hip hop to jazz to electronic to alt culture to create a new soundtrack and narrative for Generation Y
Alternative pop, anti pop, whatever you want to call it – the genre has been around for a while. Bridging the gap between popular styles and alternative creativity, this year is about to bring about its renaissance. In this article I will be outlining why alt pop is about to storm this year, and why we should welcome it with open arms.

At the moment, pop feels like it’s in desperate need of a shake up – the same formula is reused until it’s exhausted and it takes a lot to find something really exciting today. Alternative pop is set to bring about a revolution through its creativity and interesting ways of using sound, whilst staying radio friendly. It is shared between the underground and the mainstream. This is bound to instil new inspiration, new ideas and a complete rebirth of pop music.

The music itself is varied and creative – it often plays with sound and words in ways that are just simply fun to listen to. There’s a significant focus on the recent 80s revival in some songs with a background vintage crackle and synth melodies, as well as occasional acoustic and jazz inspired instruments. Other songs are modern and avant garde making use of heavy bass and edgier sounds. Sounds from daily life are chopped up and mixed into beats, including elevator music (which surprisingly gives an amazing effect). When the songs feature rap, the flows are different, sometimes off beat and a little disorienting. Lyrically there is also huge variation – often there is a playful tone to them, using puns and pop culture references. This doesn’t mean that the movement doesn’t focus on the serious side of things too, artists like Noname(who is incredible) speak of racism and inequality. All this variation and weirdness doesn’t mean this music isn’t radio friendly though. It appeals to a pop audience in many ways, like tone of voice and rhythm -this makes for a union of loads of subcultures from rap, alternative, indie and even jazz. It’s something I believe is easy to enjoy for everybody.

Here is a list of ten artists (and songs by them)