Home Blogs Who will win the world cup tonight? the Argentinian Tango or the... 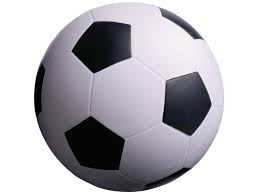 Who will win the world cup tonight?

Will it be the delightful rhythms of the Tango so far not really utilised by a grindingly determined and oddly flair less Argentina or their talisman Lionel Messi or the functionally brilliant motornik of Germany’s legendary krautrock? a music where there are no teams with the personalities submerged into the whole that clicks and grinds with a hypnotic perfection.

Traditionally in tabloid world Germany and Argentina are the two arch rivals of England- the teams that the armchair fan is meant to boo and hiss at but as every world cup comes along and you feel a soft spot for both of them.

Every four years the Germans arrive and like Can or Neu have no star names in their squad but work like functionally brilliant team. Some would say that this was boring – I eman after the world cup who is going to use their boy band charisma to advertise hair products or pizza like the golden generation of the boy band England team- a team that was so star studded that no-one seemed to notice that there were actually not stars in it at all. Some were tabloid dazzled by England’s greatness that the minor details that David Beckham’s dazzling good looks meant nothing on the world stage and the prima-donna huffing and puffing of the boy band Brits was more no direction than One Direction and made little impact on the powerful repetition and team work of Krautrock Germany.

The Argentinians played their Tango football- florid dance moves and majestic swoops on the turf encrusted dance floor with the occasional flurries into falling over in the penalty area and hands of god type behaviour to annoy the olde colonial overlords. It may not have been true to the dance spirit of the original Tango but the moves in-between the naughtiness were breathtaking.

This year there has been none of that Tango business from the Argentinians who have been a merely functional yet effective team-  they are this year’s Greece, you know that warrior football of a film like 300- a  spartan resistance against almighty odds and it’s got them to the final.

Tonight this new soul warrior approach coul nick it at the last – the Argentinians could be the destroyer of dreams who could out function even the Germans. Krautrock may have demolished the samba 7-1 in the semi final but the samba was being deployed by the most flat footed and rubbish looking Brazilian team in generations who spent more energy on their post match crocodile tears than their amazing football of the past that won the hearts of generations- therefor it’s no indicator of the prowess of krautrock and there is still all to play for…

So the big question remains- krautrock or the Tango tonight or a dogged Spartan style resistance…Germany or Argentina – your call dear reader??