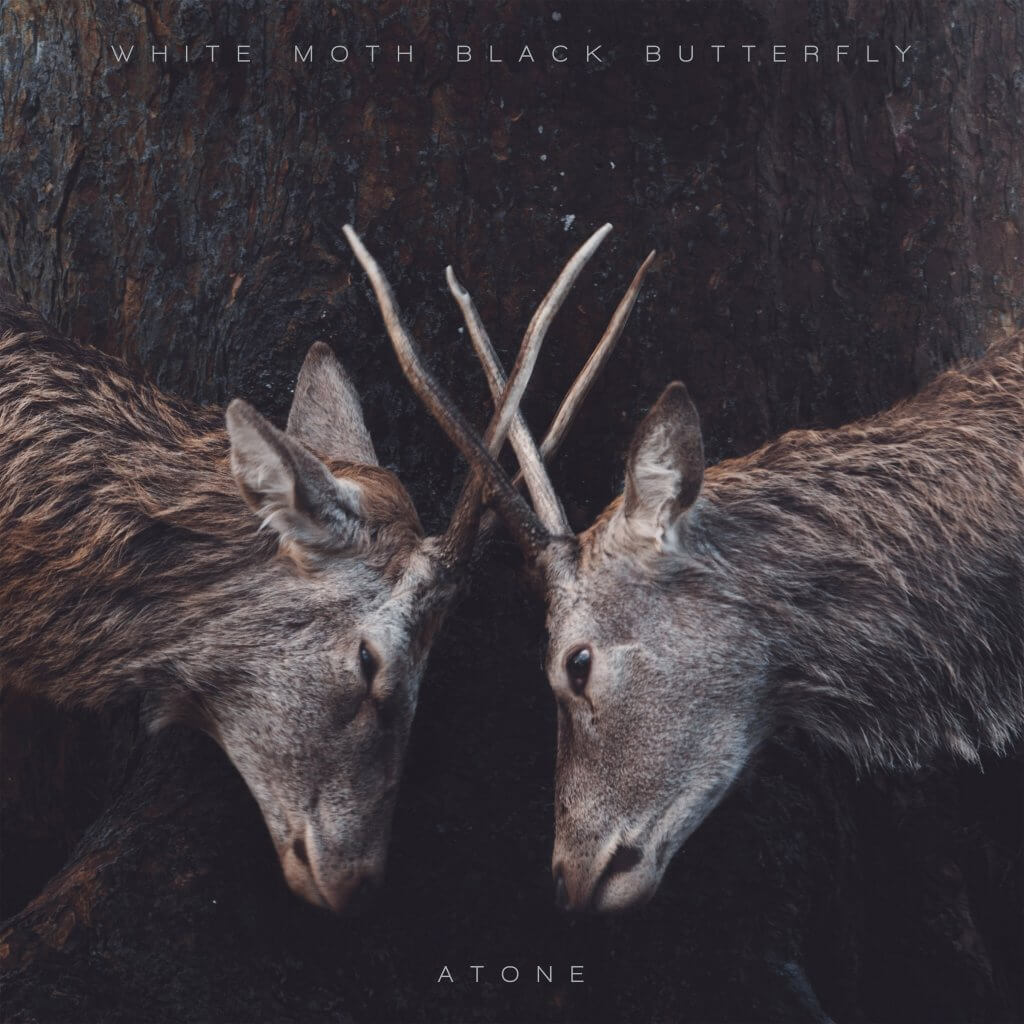 White Moth Black Butterfly is the contemporary pop project of TesseracT’s Daniel Tompkins and Skyharbor’s Keshav Dhar. It features a team of songwriters & producers based worldwide, all at the height of their own scenes on an album far from what you’d expect from the polyrhythmic metal of the alternative proggers.

The members met through working on Skyharbor, one of India’s biggest rock bands – Daniel Tompkins, vocalist with UK’s premier progressive rock band TesseracT (also on Kscope); New-Delhi based Skyharbor songwriter and producer Keshav Dhar; US based producer and string arranger Randy Slaugh who has previously worked with the likes of Devin Townsend, Architects & Periphery. Randy wrote and tracked string arrangements for Skyharbor’s second album Guiding Lights, and as their relationship grew, he was invited in as a third song-writer. White MothBlack Butterfly’s line up is completed by UK singer & lyricist Jordan Turner.

Their new studio album Atone, the follow up to White Moth Black Butterfly’s 2014 self-released debut One Thousand Wings  which was recorded across the globe at studios in India, the UK, US and Taiwan, is masterfully built on organic, textured and cinematic soundscapes, with two opposing themes of loss and hope.

It’s a far cry from the ambitious progressive leanings of TesseracT; shorter song based pieces that reflect an ambience and quality that scream calm and tranquil. Although album closer Evelyn veers into something more operatic, and the three part suite of Incarnate / Penitence / Deep Earth give a glimpse into  a darker side, there’s an overall elegance and stately feel that drifts all over  Atone.

With the new album  the band recently premiered their first video, for the song Tempest. The clip was filmed against the rugged  backdrop of Loch Lomond and The Trossachs National Park in Scotland, with Tempest being the concluding episode in a two-part story.

Both parts of the story were scripted and storyboarded by White Moth Black Butterfly’s Daniel Tompkins and directed by Richard Oakes of Dark Fable Media. Adding an unusual charm to the video is the contemporary ‘ritual’ performance choreographed by co-vocalist Jordan Turner.

Watch the video for ‘Tempest’ here:

Vocalist Dan Tompkins explains further the concept in more depth “Rather than present them in order we believed it would add to the magic of the story by allowing Tempest to surface first, which is actually the concluding part to the plot. The story behind “Tempest” has  a medieval and  fantasy based theme and we couldn’t have achieved this without the assistance of Duncarron Medieval Village and the Clanranald Trust, who styled our costumes and performed in the prequel that we are yet to announce”