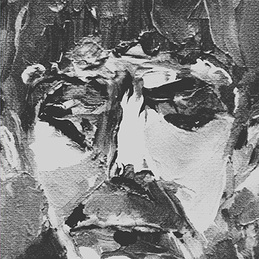 Tim Presley takes his White Fence project out of his bedroom and into his friend Ty Segall’s garage come studio. The results are nothing short of brilliant!

Tim Presley better known as White Fence is back with the follow up to 2013’s Cyclops Reap, For The Recently Found Innocent sees Presley take a slightly different approach to recording this time. Prior to this album Presley always recorded White Fence stuff in his bedroom, this time he’s taken White Fence into Ty Segall’s studio.

The album opens up with a rather toned down short title track in the form of The Recently Found a realy scuzzy track reminiscent of old White Fence output. However, recording in a studio has allowed Presley to experiment a little more on this album, the reverb and the fuzz of his previous work takes a little more of a backseat. There is a more polished feeling to the album,a  slickness to it, perhaps making it more accessible.

That’s not to say its completely gone, tracks like Arrow Man have a beautiful quality to them, garage rock at its absolute best. Of the current crop of garage rock it is clear to see why White Fence is regarded so highly, the fact that collaborator, friend and prolific garage rock whirlwind Ty Segall is at the controls for the entirety of this album.

In a world where a lot of the current output from White Fence’s contemporaries can sound a little worse for wear For The Recently Found Innocent benefits so much from the studio sound that whilst Presley’s angst could be delivered in a rougher and readier fashion the beauty of these tracks, especially Hard Water, shines out like a beautifully delivered beacon of light.

The Light is an urgent and scuzzier affair with White Fence’s angst showing through in his snarling delivery and the album closes out with Paranoid Bait, suitably swirling psych number to end an awesome collection of tracks. There’s a broad spectrum on show from White Fence, with the album so perfectly directed it seamlessly traverses a vast range of styles and sounds.

In all this is a really beautiful album to listen to. As previously mentioned, some garage rock can be inaccessible to most but not For The Recently Found Innocent though. With its slick production quality it’s a triumph of an album and one that is definitely worth checking out.

White Fence can be found here and on Facebook