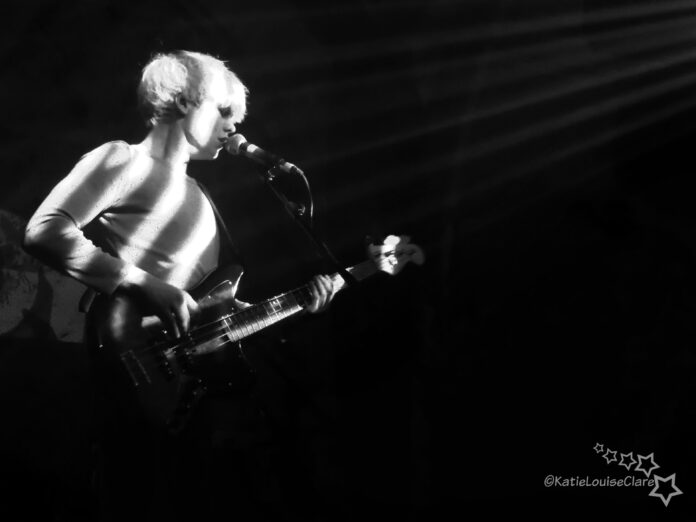 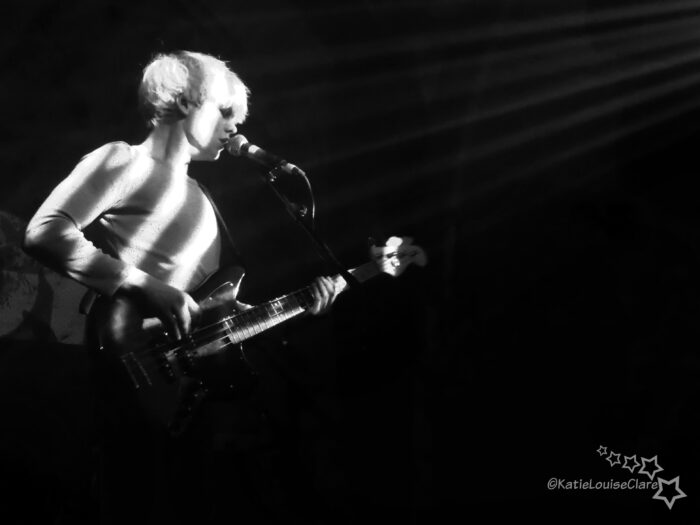 There’s a bit of buzz building behind new band White Boy so Katie Clare decided to check them out at their recent Deaf Institute show.

A new start from a much appreciated artist is usually something to approach with an open mind, excited curiosity and maybe with a little hopeful expectation: Tonight is only the second gig for the new enterprise of the Janis Graham Band front-man Joe Jones, that first gig sold out and the resounding feedback has been energetically positive.Where JGB were a darkly humorous hybrid of rough surfaced ska and garage rock, White Boy, purely on the basis of their debut single, have a vaster sounding, more polished amalgam of glammed-up rock guitar, a bold muscular bass and touches of that magical something you just can’t find the right word for. On this and past experience of jaw dropping performances: White Boy have certainly garnered peoples inquisitiveness and those hopeful expectations are quite palpable in the Deaf Institute’s perfectly formed and very much full music hall. 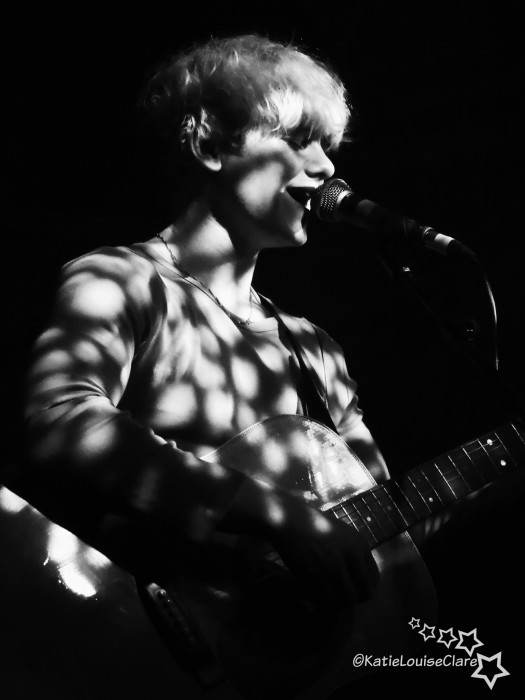 Opening their set with a cover of David Essex’s Rock On its minimal slow-tempo intro is beefed up as Jones smooth minor key vocals glide in; a sensational start to the set. The band then, are Lowell Killen guitar, Josh Hunt trumpet and keyboard, Tom Scott on drums, and along with Jones, do not allow the night to slide one bit however and proceed to deliver even more. There is a trio of powerful tracks in the form of Ripped Knickers, Bleach and Trespass and when we get to the band’s first single Kiss + Run, it’s devilishly catchy and definitely tinged with noticeable ska undertones, though decorated so perfectly with enough glittery glam to make this pop rock track very funky. There are four more tracks with varied moods and influences on show in the remainder of the brisk nine track set, each with its own strengths and uniqueness. There are certainly no weak moments to the tight well structure set; highlights are the exceptionally strong opening, their current single which was brilliantly executed and a stunning performance of the almost hauntingly multi-faceted Star Child.

It is actually nearly impossible to believe that this is only their second gig as a band, the passion, the hard work and commitment they must have put it to creating these songs certainly shows, and White Boy are certainly very much in tune with the live scene zeitgeist and sufficiently ahead of the curve in term of experimentation as to genuinely thrill.

‘Kiss + Run’ is White Boy’s debut single and is taken from forthcoming album “Glitoris” due for release Spring 2015: through Eastern State Music. The CD single which is housed in a very touchable foil and felt cover is available here.

There will be further tour days early this summer.

The official White Boy website and Facebook page are great places to get the very latest information and White Boy also tweets as @x_white_boy_x.