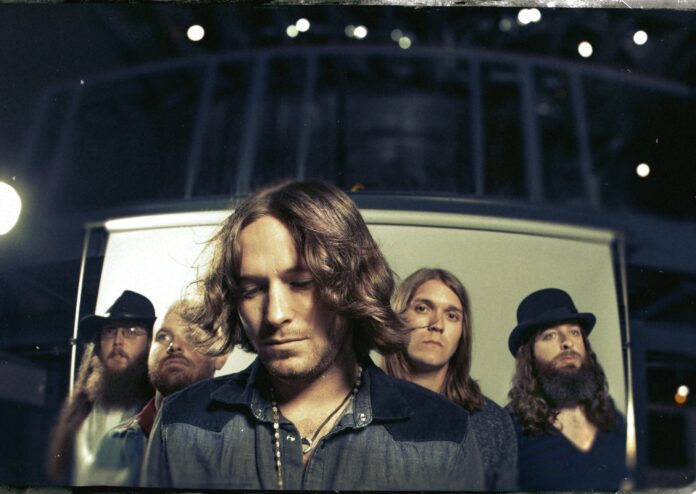 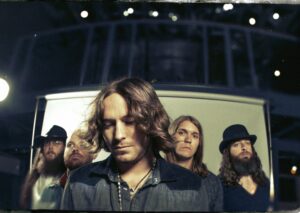 Some of the best new rock music is currently emanating from the Southern States of America and Whiskey Myers sit comfortably in that company. Hailing from the Palestine region of East Texas, Early morning Shakes is the third studio album for this Southern Rock outfit, but the first to enjoy a general release in the UK. Road of Life was their first offering in 2008 which was followed up by Firewater in 2011 before the US release of Early Morning Shakes in 2014.

One of the first points to note is that Early Morning Shakes benefits from the expert production skills of Dave Cobb, who sat on the controls for Jason Isbell’s outstanding Southeastern and has also worked with Shooter Jennings and Sturgill Simpson among others. In short, the man knows how to blend country and rock music to create the right balance which is not as easy as it may seem. Get it wrong and you can have a mess on your hands, but get it right and the results can be spectacular.

Early Morning Shakes showed up impressively in the US Country and Indie charts last year and this expanded version will certainly gain a lot of new fans in the UK. The album features a fine blend of country, blues, rock and touches of gospel and is evidence of a band that is clearly going places.

Most tracks on the album veer towards the heavier side, with Skynyrd being the most obvious reference point but there are hints of a Led Zep feel at times and, dare I say it, a touch of Guns ‘n’ Roses in places. Early Morning Shakes and Hard Row to Hoe kick off the album with the power that is its hallmark and they are matched for potency by tracks such as Home Headstone and Wild Baby Shake Me.

Country influences are probably best represented by Shelter from the Rain while the UK release also benefits from two acoustic offerings from Firewater, Ballad of a Southern Man and Virginia. There’s also a great cover of David Allan Coe’s Need a Little Time Off for Bad Behaviour, but the standout track on the album is the achingly superb Dogwood as seen below.

Early Morning Shakes was released in the UK on Spinefarm Records on March 23rd. And more fromWhiskey Myers personal website: WhiskeyMyers.com, Facebook and they tweet as @WhiskyMyers.