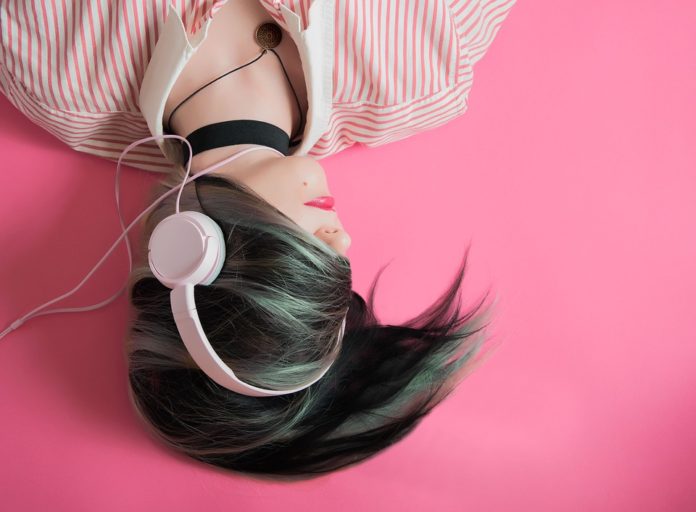 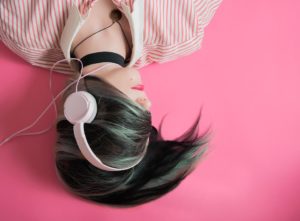 What do fake earphones tell us about music consumption? Is it really possible that people want earbuds that don’t really do anything? What is the point of a dud headphone? Fake earphones might not deliver music, but maybe they reveal something else.

When is an earphone not an earphone? When it’s 100% zinc. At a cost of £6, the online retailer ASOS are selling what they describe as a “faux headphone earpiece in silver tone”. These solid lumps of mettle give the appearance that the wearer is contentedly listening away to their shiny earphones. Lacking any soundtrack, the listener is only bathed in silence. So, what’s the point? Why would anyone want a silent earbud?

It’s easy to dismiss these silent lumps of metal, perhaps they still tell us something about what people use mobile music for. It’s hard to imagine a music lover choosing them, yet in some ways, the faux earphone is entirely fitting with the way these devices are used. The faux earphone may be useless in delivering sound to the ear, which admittedly means the absence of an enchanting soundtrack to the humdrum bits of everyday life, but maybe it still satisfies at least a couple of the other functions provided by an earphone. These lumps of zinc are not entirely faux.

First, and most obviously, the earphone and headphone are not just about music, they are fashion items. Like clothing, they are conspicuous, on display and branded. Earphones and headphones exist to be seen as well as heard. These are fashion items in themselves and can, therefore, be used to communicate things. As with any fashion item, there is an expression of identity, belonging and demarcation going on. These earbuds may be duds, but that doesn’t mean that can’t carry markers of cultural belonging.

ASOS’s faux earphones may not function as listening devices, but they still enable the wearer to make this kind of visual statement (at a different kind of price point to some of the expensive earbuds). Plus, of course, fakery is also a long-established part of fashion. Imitations are part of how fashion works and of how brands, trends and looks circulate. So even if these headphones are identified as fake it is unlikely to matter – the fake earphone might even carry its own cachet. Faux fashion items aren’t necessarily considered inferior, they can themselves be celebrated as part of the complex expressions of identity. The obviously fake or faux can sometimes have their own cultural capital, maybe even more than the original. 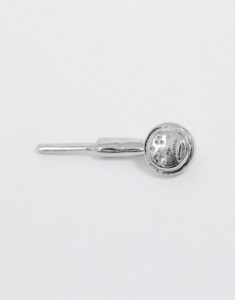 Second, the function of an earphone is not just what it communicates inwardly, it also encompasses an outward message. Mobile devices and especially mobile music is often understood to create a kind of private bubble around ourselves, helping us to manage our experience of public spaces. Mobile listening devices can be understood to give users an opportunity to withdraw into a kind of sonic bubble – a sort of comfortable space where we can shut out the outside world and impose our own soundtrack onto the world. The sociologist Michael Bull has described this sort of audio escape in his book Sound Moves. Part of this is about the sonic withdrawal, but if you remove the soundscape provided by these devices they might still enable this kind of bubble to be created.

Wearing earphones, even faux earphones, still acts as a kind of do-not-disturb sign. By wearing earphones, even fake ones, we are putting this sign on display. The sound may be lacking, but the faux earphone still communicates that same message. So, it could still provide that kind of social shield. Minus a beat, it still allows for a bit of withdrawal and shutting off. The faux earphone may not function as an earphone in the expected sonic ways, whilst still satisfying its function as a means of escaping unwelcome interaction or just giving a bit of a sense of distance.

Despite its silence, the faux earphone could still be functional. It would depend on what we think an earphone is for. It’s easily dismissed, but perhaps the missing functionality of these lumps of solid metal actually tell us something about the role that earphones and headphones are playing. A silent earphone can tell us something if we listen, I’d rather bring my own soundtrack though.

Dave Beer’s new book The Quirks of Digital Culture has just been published by Emerald. He is on Twitter @davidgbeer