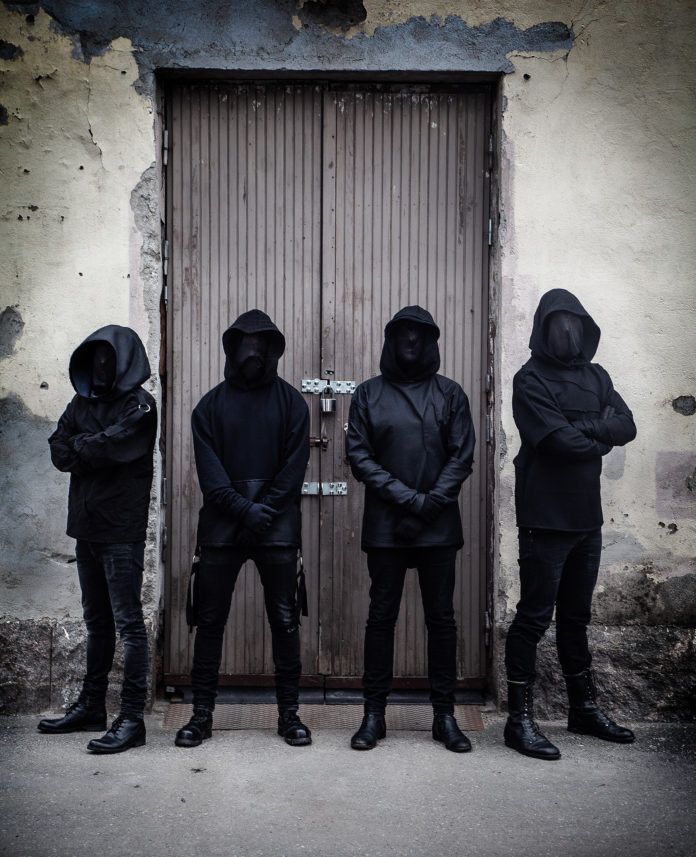 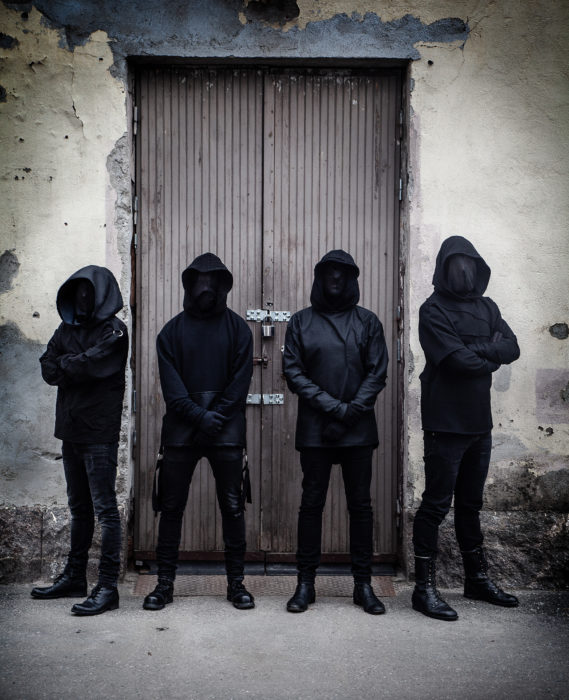 Wheel are one of the most exciting and dynamic new metal bands around, and have been capturing the hearts and imaginations of metal heads worldwide. Bringing together musicians from Finland and the UK, their 2019 debut album Moving Backwards, combines a heady mix of hard edged metal, compelling melodies and funk.

Louder Than War caught up with Aki Virta from Wheel, as work is underway on their eagerly anticipated second album.

LTW: How is everyone in the band, how are you managing?

Aki: Thanks for asking, given the situation I believe we are doing as well as possible! Not one of us has gotten sick and no-one close to us seems to be in danger, so at least for now what we are left with is just financial challenges and getting used to the new way of living.

Basically we are all just working at home, communicating through Skype and sharing recorded files to each other through our chat group in order to keep each other on track of the next album’s development. We used to Skype with our management on a regular basis even before the pandemia started so now we’re just doing more of it, even with just two members of the band discussing plans further. In our current situation we have our hands full which I think make’s it a bit easier to stay home and certainly not get bored!

LTW: For people who might be new to the music of Wheel, how would you describe it, and who are your musical influences?

Aki: Probably the first adjective would be atmospheric. At least in our ears each song has a very distinctive mood which is created by the way the instruments interact with each other. There might be rhythmic and harmonic tension created between the parts for a long time before they finally meld into one, creating this wall of sound and releasing the tension in order to make a given riff feel like your speakers are about to explode.

Also, it’s very groovy. And organic, not complex for complexity’s sake. We’re always aiming for fluidity, great melodies and energetic songs, no matter if it takes 4, 6 or 12 minutes for the song to grow into it’s full potential. A song can be very long but not feel like it, or be very short but feel like it’s taking too long, you know? What makes us (and clearly our audience, too) feel good is just a certain kind of a twisted groove that we might keep on going for several minutes and usually seems kind of complex for some people. Best way to get a better understanding is of course to just go and listen. The beauty of art is the individual experience – the description of one person might seem completely wrong to another, so it’s always best to find out for yourself!

Musical influences are many, some of them more audible than others in our songs. Meshuggah and Karnivool are some of the biggest ones alongside Tool, which also influences us by their ideologies of artistic integrity, raising the music above the characters of the band and bravely moving forward from what has already been done before. So of the older bands influencing our work could be Black Sabbath with their groovy-yet-heavy riffs and Iron Maiden with their kick-ass rhythm section of Nicko McBrain and Steve Harris propelling the band forward relentlessly. Personal influences of the current line-up include an even wider range of great artists and might start shining through more clearly in the future…

LTW: Moving Backwards, Wheel’s debut album has been really well received. What are your personal musical highlights across the album?

Aki: We have honestly been blown away by how well people have reacted to the album, and it has always felt great to perform any of the songs live. I believe the title track is something that really gets both the band and the audience really psyched up every time, so Wheel as an entity certainly has to be counted as one of them. Also Tyrant works awesomely well with it’s great structure and huge dynamics. ’Skeletons’ brings out the instrumental side of the band, which is something we’re quite interested in exploring further – an instrumental track affects the over-all interplay of the songs in a very interesting way by presenting yet another dynamic (silence of the vocals) to the game. It’s also equally interesting on the actual album or on a live gig, and we want to keep our live set’s intensity going on ’til the end of the show.

LTW: Your appearance at the Damnation festival in Leeds in November of last year felt to be a big moment. Here at Louder Than War, our festival review described your set as getting ‘a fabulous audience reaction and are surely a progressive metal band to watch’. How was the experience of playing Damnation?

Aki: You’re completely right about the audience reaction, which really felt fabulous! So many people showed up and were clearly very interested in being a part of that moment, that it made the show very comfortable for us. Applause after each song was thunderous, and with every song we played I saw more movement happening in the audience. That’s something we’re keen to inflict – you are free to headbang and even moshpit if you like to our music! Having a progressive side to things doesn’t mean you cannot have a good time and project the received energy outwards if that’s how you feel. We certainly love moving around on stage and interacting with our audience and each other. You give energy, you get energy, and everyone ends ups feeling pretty damn good.

LTW: How was the European tour that followed on at the beginning of this year?

Aki: Again we were humbled by the reaction of people. From our point of view the tour was a huge success regarding the sheer amount of people joining in and also the quality we could now reach with our show – in fact, we got loads of praising reviews which not only referred to the band but also our amazing crew doing lights and sound for us! We were told numerous times that it’s a big show on a small venue, but in a good way. Both Inka Martinovic (lights) and Nativ Kedem (FOH) were really giving it all they got every night, and the people loved it.

The tour was also important in solidifying the new line-up on and off stage, and I think we are all very comfortable moving forward together now. Sadly touring plans need to be postponed for the time being, but as I stated earlier we have a lot of stuff to work on. Once it’s safe and reasonable to go out and perform again, we’ll be ready and willing for sure.

LTW: Since the advent of COVID 19, how have you been staying connected with your audience?

Aki: Initially, we started off by doing some Instagram Live Q&A sessions – one by each member of the band, to be reached by the people interested in what we are doing. It felt a bit strange when we started talking about it, but once you get online and start chatting with people it’s actually really comfortable! People can really get proper answers to their questions and since the situation is so much more relaxed than meeting up at the merch desk after the show the questions can be quite surprising, too.

After a great start this stopped for awhile though, since we needed to really focus on getting the album recordings started. I’m sure we’ll soon get back to this, and we already have some options if we want to go further and actually live stream a gig. It seems to be something that the people held in quarantine are really interested in, so we want to at least consider doing it – then we’ll see what is actually doable with all the other work we have to attend to!

LTW: How have the sessions been going for the next album?

Aki: We’ve had a great and intensive start, although we were quite certain that the restrictions in Finland would eventually block us from going into the studio. However, Finnvox Studios informed us that they have remained open with maximum of 4 people working in a room at the same time keeping the safe distance of 1.5-2.0 metres, the surfaces are being cleaned very actively and all the people wash their hands active enough.

So in the beginning of April we set up the drums and bass gear into their Studio B and got the ball rolling. Tommi Vainikainen (and after the first 4 days, Juhis Kauppinen) we’re in the monitoring room and Santeri and myself in the studio room, and we just kept tracking every day as long as we were still able to function rationally. In the end we did spend 11 days instead of the originally planned 6, but it was well worth the stretch when you listen to how good the tracks actually sound even without any mixing!

Now are in a phase where both James and JC are tracking their guitars at home and Santeri and me can hear the outcome from the files shared online, so we are back to working as safely as possible. There’s still a lot of work to be done but at least everyone of us is getting more enthusiastic about the album every day, and we have a very good feeling of how this one will turn out. Moving Backwards will just have to… well, move backwards and give way!

All questions by Gareth Allen, you can find Gareth’s author profile here.