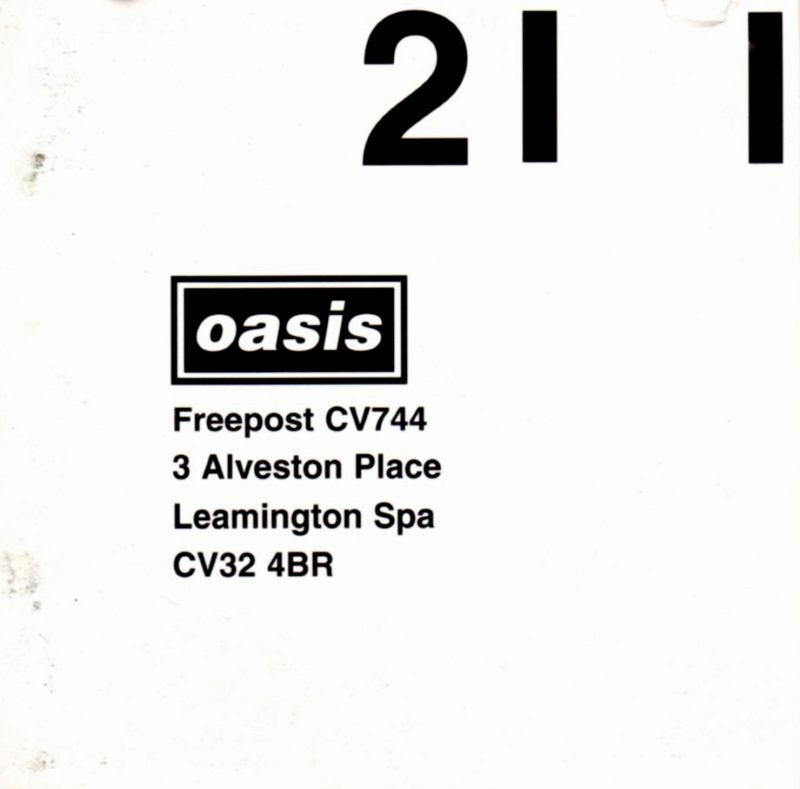 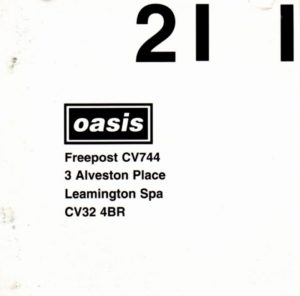 There is one inauspicious address that has a unique presence in British music: 3 Alveston Place, Leamington Spa. It’s an address that conjures memories for those who bought music in the pre-streaming era. But what has become of it? David Beer investigates.

3 Alveston Place, Leamington Spa is an address that is likely to ring a familiar tone. Anybody who bought their music on vinyl, CD or tape is almost certain have come across this address. These formats usually carried a second-class free-post card that was almost always made out to the same address — with the band or singer’s name added at the top. The card invited you to write your details on the reverse before posting. Returning the card registered you for postal updates. The slow speed of this all seems quaint on reflection.

Even infrequent music buyers are likely to have noticed that all of their favourite bands and singers appeared to live in the same house. During the 1990s I had no idea that Leamington Spa was in the midlands, even though I lived there, making it an ideal spot for distributing materials across the UK. My vision at the time was not so much of a house like that shared by The Monkees, but of something much more industrial. A house with a production line of flyers and pamphlets being placed into envelopes and bagged up for posting. The vision I had was much closer to the Malabu Stacy doll factory on The Simpsons. The scale of the task, managing the correspondence for all of the British music scene, seemed like it would be impossible to cope with. I knew the address well, but had no idea what went on there or what it looked like.

As an avid reader of the NME, the Melody Maker and some other music magazines, I didn’t feel the need to post many of these cards. I tried a couple of times and I don’t think I remember getting very much back. Although I do remember sending off to get a special bonus CD insert booklet for a 60ft Dolls album, I got that. I know I didn’t send many off because when I go back to my old music I’m often confronted with these artefacts of a different musical world. This was a time in which the materiality and speed of music information was totally different. This transformation is embodied in the small cards that now fall out of the vinyl I buy, no longer do these invite me to have postal correspondence with a small west-midlands town, instead they carry a code for a free download.

After I noticed one of the Alveston place cards in a 12″ EP version of Embrace’s Fireworks, I was reminded of this address and thought I’d take advantage of the advances of technology to correct the visions I’d had. I searched on Google Street view and could only find a building site. The reason for this then became clear. The original 3 Alveston Place seems to have been lost.

So what happened to 3 Alveston Place? It’s safe to say that it lives on in people’s memories. There is quite a bit of nostalgic discussion of the address online. There is a Twitter account named after it @3alvestonplace, for instance. It seems that the address was still being used for official music correspondence as late as the 2000s. It was at some point in the first decade of the millennium that the purpose of the building changed, it became a tile shop. According to Warwick District Council’s planning records, agreement was then given for the building to be demolished in early 2015. A very short entry in the minutes from the December 2014 meeting reveal that no objections were raised to its demolition. The historical significance of the building must have been lost somewhere along the line.

3 Alveston place, Leamington Spa, is now a 4 bedroom, 4 bathroom new-build town house, with a balcony. It is part of a 9 house Alveston Place development. The Alveston Place website provides details of the house and the sales brochure carries photos of the development. Gleaming new white fronted houses sit in a row. So, the mysterious epicentre of the British music scene is now a town house. No longer needed as the fulcrum of music information, the networks have moved elsewhere affording its rehabilitation as part of the transformation of urban space.

The changes at 3 Alveston Place are linked to both the changing flows of music information and changing urban space. I suspect that despite these changes the address will continue to cause a flicker of recognition from those who liked to listen to their music on a material format. This makes me wonder if the new residents will occasionally get a card through the door addressed to an unfamiliar name. Perhaps they will return it to sender, I’m sorry Black Grape don’t live here anymore.

All words by David Beer.

Swans’ Michael Gira has been accused of rape by former collaborator...

February 13, 2017
We use cookies to ensure that we give you the best experience on our website. If you continue to use this site we will assume that you are happy with it.Ok