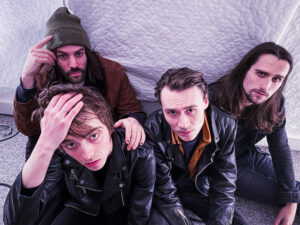 After spending their lockdowns hard at work, guitar bands The Dead Freights and Little Thief speak out on Adam Levine’s opinion on the “lack” of guitar bands. Like their own.

Quite possibly the most annoying man in music has piped up again about the “lack” of guitar bands. Maroon 5 front-man Adam Levine has taken it upon himself in the latest Zane Lowe interview to state: “I feel like there aren’t any bands anymore, you know? That’s the thing that makes me kind of sad, is that there were just bands. There’s no bands anymore, and I feel like they’re a dying breed.”

It’s absurd the kind of opinions people pretend to have to remain current and in the public eye. Just look at Jeremy Clarkson and Piers Morgan. Levine’s choice to vomit out the same regurgitated nonsense shows he hasn’t stopped to think the repercussions this could have on emerging guitar bands who have just spent a whole year with their careers on pause.

“It’s a reflection of the power divide in the industry, how up and coming bands like mine are not only not getting as many opportunities but are not even considered to exist,” begins drummer of The Dead Freights, Louis Duarte. “It goes to show the bubble some of these people live in.”

Front-man Charlie James adds: “He comes across like a malevolent Grandad who doesn’t know where to look for decent up and coming bands.”

Southampton quartet The Dead Freights have spent their lockdown recording three new singles, three DIY music videos and a third of their debut album – something Levine has seemed to not-bother considering. (Read Susan’s review of their last single here).

Everyone (apart from the Tory government and the wanker that owns ‘Spoons) has struggled through lockdown. Bands included. The pandemic unfortunately took away any opportunity to tour and play shows which, for some musicians, is their main source of income. With there being PLENTY of mainstream bands in the charts and on our radios, Levine’s additional blatant disregard for the DIY and up and coming scene is hurtful for those who have potentially just gone through one of the hardest years of their lives both financially and mentally.

“Nobody has been personally attacked, but the last thing the industry needs right now is flippant, ill-researched comments from the Marron 5 guy,” Charlie says. 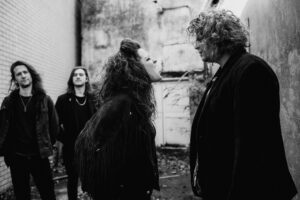 Bristol band Little Thief have been spending their lockdown providing fans with great social media content and writing their new album. However, at the tail-end of lockdown they are now looking to fans to help financially with the final stages of pressing and releasing their album.

Vocalist Charlie Fitz claims, “There aren’t any less guitar bands, but now that we can access music from any artist in the world, there are an overwhelming number of genres and artists to choose from.”

Drummer Rhi Williams continues, “Maybe he could put his money where his mouth is and support some new and upcoming bands to support the balance!”

Levine wasn’t born successful, he had to make it happen. It seems his achievements have put him so nauseatingly out of touch with reality that he is forgetting the impact this could have on those who have worked relentlessly this year for near-to-no gain.

“I’m sure the scene would welcome any new supportive ambassadors with open arms but whatever drivel Mr Levine decides to drool in an interview will have little negative effect. If anything, hopefully it will give those amazing bands with something to prove more ammo to do some damage” continues Louis.

Some pitiful backtracking is done later in the interview as Levine admits there are still “plenty” of bands, “Maybe they’re not in the limelight quite as much, or in the pop limelight, but I wish there could be more of those around.”

Louis argues, “This tells me he was randomly struck by a smidgen of momentary self-awareness, like the little aspiring rock star inside him went, ‘Hello? What are you saying?’ but, alas, he did not actually commit to correcting himself as the ignorance had already grown too powerful inside him. This guy is too far gone.”

Rhi states, “I think we could look deeper and suggest that major labels could be at fault. By signing TikiTok artists rather than guitar bands, it means there is less chance of them being in the limelight.”

It’s clear from the interview that Levine just sits in his room, listening to nothing but his own music. Tugging himself off as he does it? Probably. But nonetheless, his opinion on the current music scene is so outrageously ill-researched that it is scary to think someone whose career is built around music knows so little about it.

Louis suggests: “I suppose the DIY scene is called the DIY scene because it doesn’t solely rely on rich pop-rockers with a fragrance line to operate.” Charlie concludes, “The industry is fucked right now, but what’s new? I guess we’ll see how many people are clamouring to see Maroon 5 when this is all over…”

The Dead Freights release their new single Sufferin’ Safari March 19th on Mi7 Records and announced their first show of 2021.

You can support Little Thief and their crowdfunder HERE from Monday