Home Music Reviews Album Reviews We’ve Got A Fuzzbox and We’re Going To Use It – Reimagined... 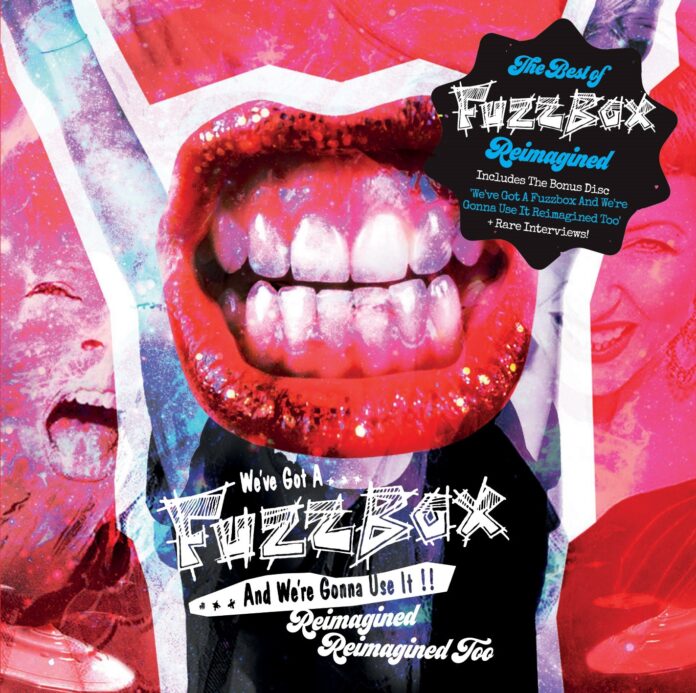 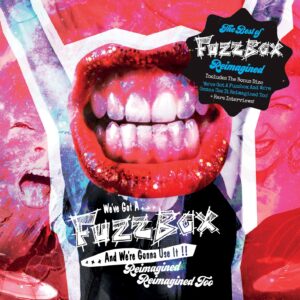 This is gem of a record and illustrates the prowess of a very under-rated band. It has all the hits but on this cataclysmically amazing occasion is gifted with guest slots by the likes of legendary soul queen Melanie Williams, and Mark Refoy of Spiritulized, Pet Shop Boys and Spacemen 3 fame.

It perfectly proves the proto-riot grrl combo are maniacal maverick shape shifters and does not subscribe to soundalike copycat fodder.

This glorious double album has curve ball twists on hits such as ‘Self’, ‘Rules and Regulations’ ,and ‘Pink Sunshine’ in the left field of ‘Bluegrass’, which works surprisingly well considering it is produced in a completely different idiom that is idiosyncratic to Mike Bennett’s off-the-wall approach.

The dub version of ‘Spirit in the Sky’ sounding like Enya on acid meets King Tubby, is a great re-work, and goes to show how a good song can genre hop. This version is a great spark of sublime surprise.

The tub-thumping ‘She’ is a tribal re-work, with the entire band playing percussion, and proves a superb backdrop to the acrid adjit-pop lyrics that raucously rail against sexism, and the archetypical media portrayal of women in music, arts and commerce, without being preachy.

Fuzzbox always had humour and have evidently retained it. You only have to listen to the camp punk fuckery of ‘Pop Musik’ to get the group’s approach on sound and vision, as well as being credible from a poignantly pernicious juxtaposition.

Ex-Happy Mondays DJ Vince Vega turns in a great electronic version of ‘Self’ which certainly gives Fuzzbox a Manchester feel that has more turns and twists than Brand’s Hatch.

What is a great joy to behold is the non-stop bonus disc mix, as it includes vintage rare TV and radio chats with Fuzzbox as fledglings, showing how cheeky and sardonic Maggie, Vix and the band were in their burgeoning years, always making their points but with tongues firmly lodged in their respective cheeks.

With post-modernist cover art by the award winning Friedbanana, and pertinent sleeve notes from Cindy Smith, this project will evidently grow into a box set with additional treasured trinkets for hard core fans and casual listeners alike.

Legendary Manchester producer Mike Bennett, who has worked with the likes of Shane McGowan, The Stranglers, Toyah, and Ian Brown, when asked about the project by BBC Manchester replied sardonically ‘Fuzzbox were always my pin-ups, and now I’ve ticked the Fuzzbox’.

Going back to this pre-cursor to the box set with additional materials, this is a great comeback album and a joy to behold.

I must say its great that Maggie Dunne has kept the flag flying and its out on the open she has been working with John Otway, Melanie Williams and Angie Pollock who have all contributed to the forthcoming Pinewood based documentary for noted music luminary Michael Infante.

Further expansive formats to be announced