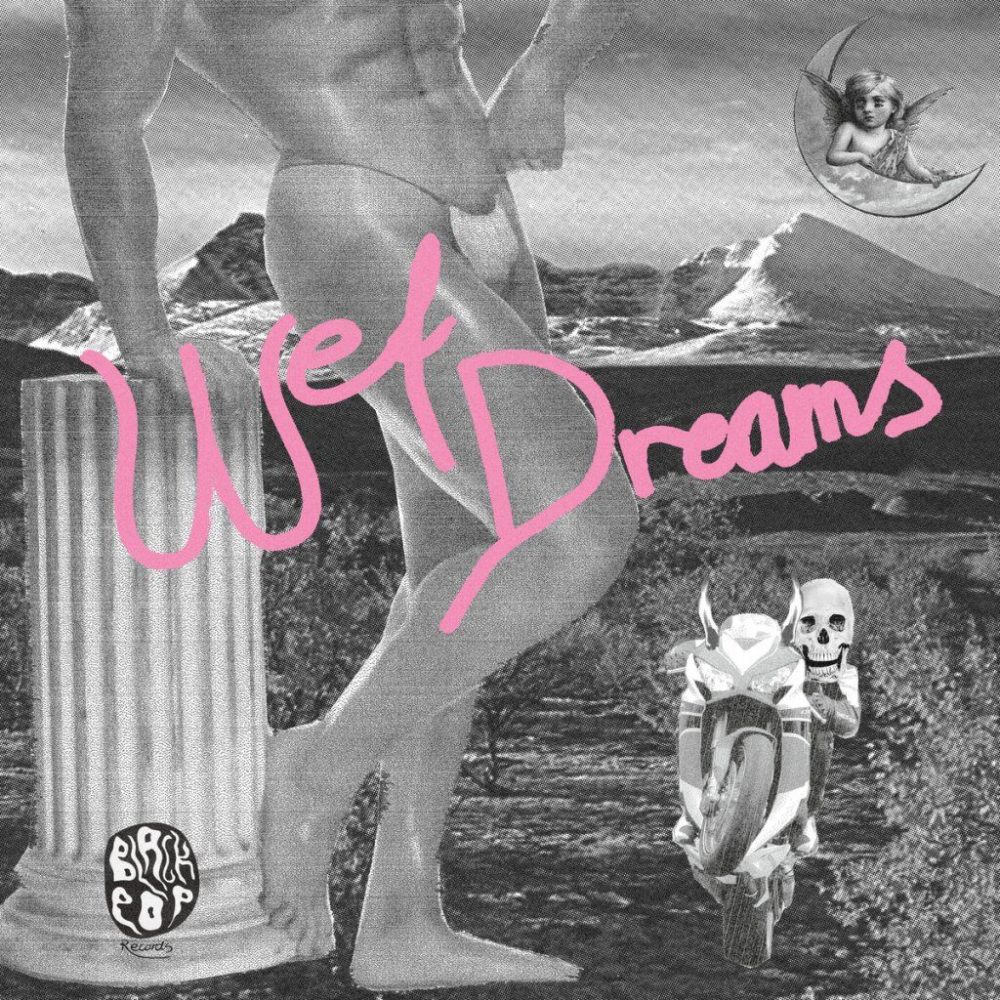 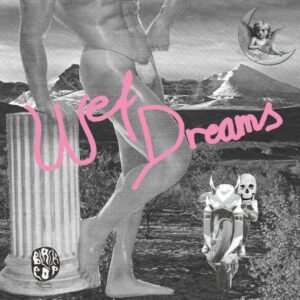 Scandinavia has produced its fair share of bands spanning a breadth of genres, ABBA to Hanoi Rocks, Aqua to Turbonegro, A-Ha to The Hives, The Cardigans to Soundtrack of Our Lives… I could go on. Add Wet Dreams to that list. Their over-in-a-flash eponymously named sub-25-minute album of distorted scuzzy garage-punk rock is a delight for the eardrums.

Somebody, give me a band aid urges frontman Sebastian Ulstad Olsen on the opening track through crunching guitars, crashing drums and fuzzy bass. Shades of grungy L7 styled rock are apparent alongside the distinctive Scandi-twang to the vocals on Her.

Don’t let the upbeat fast paced music fool you though, there are some sharp lyrical messages contained within. Radioactivity chugs along at a fair zip with some sweet licks, but the eminently sing-able chorus reveals someone not at one with themselves, while the sub one-minute Depression continues the theme in its apparent reckless musical abandon.

Single Bad Boy rocks out like a beast again with deep down and dirty guitar lines and passionate yearning vocal delivery, while Boogie is Status Quo meets Turbonegro via Ramones with its bluesy-boogie rhythm complemented by gruff fuzzy vocals.

Blueslata continues with the band’s preference for distorted and echoey vocals before we are treated to Beautiful. While not the Christina Aguilera song of the same name, it has the same sentiment but delivered in an altogether different manner, driving guitars and a supremely self-confident lyric. “I am beautiful no matter what you say, words can’t bring me down”, Olsen “borrows” from Aguilera. Listening to this song and album I can concur with the last line “nobodies goin’ to bring me down today”.

The album blasts its way to a cacophonous squally end with the boisterous I Told You/Drugs and as the song bows out, I only have one complaint, it is over. Well, not a complaint really, it just means I get to stick it on again for another listen.