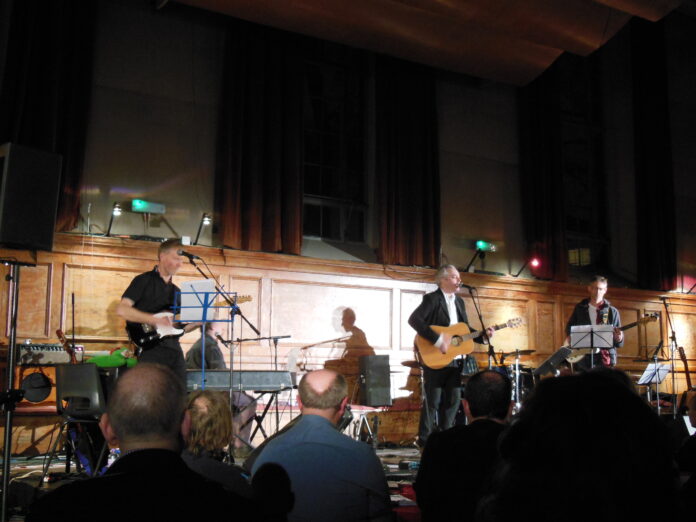 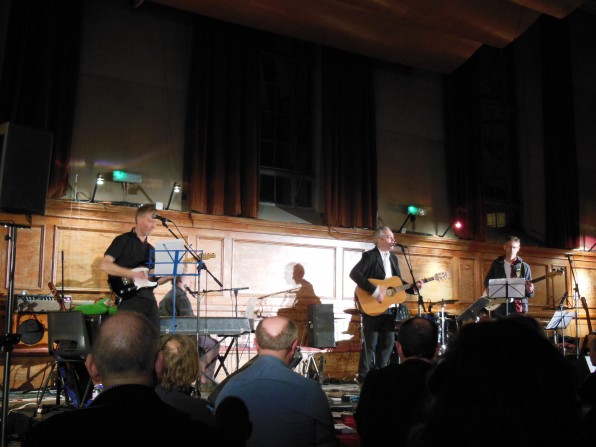 The first excursion of Wesley Stace’s Cabinet of Wonders outside the US resulted in a sell out performance at Cecil Sharp House featuring a stellar cast. Louder Than War’s Craig Chaligne reviews.

After several years of bringing his cabinet to different locations in the USA, Wesley Stace finally brought his show to this side of the Atlantic following an invitation made by Cecil Sharp House. I won’t go into too much detail about the history of  the show as it was chartered in Wesley’s interview on these pages two weeks ago.

For its first London appearance, Stace had managed to assemble a stellar line-up covering all the areas of performing arts. Stace took to the stage first and after some three hands piano playing with High Llama’s Marcus Holdaway, he proceeded to introduces us to the show and presented each member of the cast with a short and funny speech. After they all left the stage, Stace was joined by The High Llamas to play two songs from his 2013 self titled LP.  Irish poet Paul Muldoon was the following performer and launched into a poem called Got It Made accompanied by a  blues backing courtesy of The High Llamas. After another poem by Muldoon entitled “At Least They weren’t speaking French”, The High Llamas played two of their own songs, Take My Hand from 2011s Tahomi Way and Rollin from their Can Cladder’s LP and then left the stage to make way for Jonathan Coe and multi-instrumentalist Theo Travis. Coe explained that he was going to read from an excerpt from  his novel The Rain Before It Falls and that a lot of it had been written while listening to an album of multi-tracked flute improvisations by Theo, so mixing the two made sense. After completing his reading Coe moved to keyboards and was joined by  The High Llamas and Stace rejoined. After a funny skit between Coe and Harry Hil, the whole band launched into an excellent rendition of Nigels Blows A tune from Caravan’s 1971 Lp In the Land Of Grey of Pink. Coe’s a long time prog-rock fan and his novel The Rotters Club was titled after an LP by Canterbury scene band Hatfield and The North.

And this was the time for Harry Hill to pop back on stage for his contribution to the cabinet. Starting with a routine where he asked audience members to sing the title of their favourite TV show  to the tune of No Woman No Cry, he then went  into an absolutely hilarious sketch about Britain’s Got Talent host Amanda Holden. In a rather weird move Harry Hill’s section was followed by Kristin Hersh, after an unnecessary dig at Stace who introduced her as “a big supporter of the Cabinet” for which he received a cursory “you flew me over”, she played three songs with some heavy subject matters that didn’t fit particularly well with the rest of the material played that evening (she didn’t participate in the encore). The next act on the bill was legendary British Folk Legend Shirley Collins. One of the key figures of The British Folk Revival of the mid-sixties, she has recently started performing songs live after a long break. Her two contributions were  introduced by stories from her life setting the mood for the songs. Her singing is not what it used to be in the sixties but her enthusiasm and obvious joy of participating in the evenings proceedings more than made up for it. It was back to full singing mode after that with another contribution by the master of ceremony which was followed by a three song set by Nick Lowe. Starting with an acoustic Stoplight Roses (slightly marred by sound problems), the bard of Brentford was then joined on stage by The High Llamas who backed him on I’m A Mess from his Convincer LP and Sensitive Man. The whole cast came back on stage to play an extended version of Kevin Ayers’s Religious Experience putting an end to a “a well-organised, but somewhat unpredictable, night of entertainment” as Stace would put it.

Further info on The Cabinet can be found at its official website : thecabinetofwonders.com.

Further info on Wesley Stace can be found at his official website: wesleystace.com or his twitter @Wesley Stace.

All words by Craig Chaligne. More from Craig can be found at his Louder Than War author’s archive.