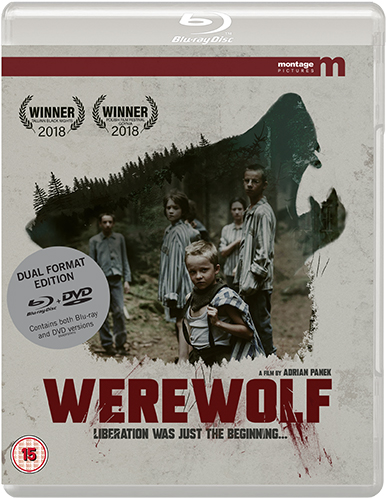 As the second world war is grinding to a halt, Red Army soldiers liberate a group of youngsters from the Nazis’ Gross-Rosen concentration camp in Poland.

Since their families have been killed, they are given sanctuary in a derelict mansion which functions as a stopgap orphanage, under the very temporary supervision of a Polish woman named Jadwiga.

Their future is unclear. Rumours abound. Fugitive Germans are said to be hiding out in a series of bunkers nearby. One small boy even asks if it’s true that SS officers have turned into wolves? They haven’t. The film’s title is misleading.

There is no electricity, no running water and precious little food in their new home. The children’s first meal consists of a tin of dogfood between the eight of them.

Still in their camp uniforms, they gather round a dining table. The oldest of them Hanka (Sonia Mietielica), instructs them: ‘We will eat with cutlery, like people do.’

But they don’t. The smaller kids fight over possession of the tin, devouring the contents with their hands when they get the chance. Then they lick scraps scattered on the floor.

You can’t blame them. Some, like the mute Dolly, have likely lived the majority of their lives under the barbaric rules and regulations of the Third Reich. The inhumane treatment they have had to endure has taken its toll. When one boy is asked his name, he automatically answers with the prisoner number tattooed on his forearm. 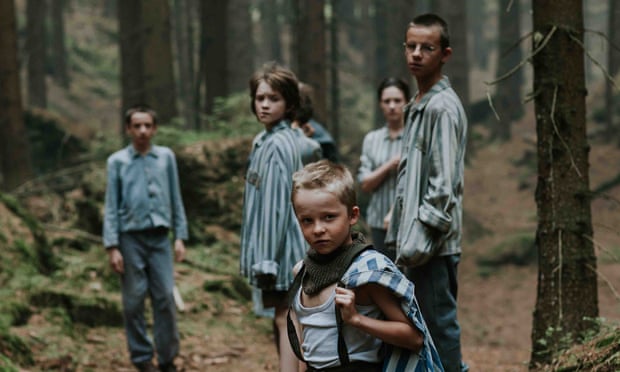 Soon out of anything to eat, Jadwiga tells them that they must go out into the nearby woods to pick berries. They continue to hope that Soviet soldiers will return with some supplies.

When some do show up, they only bring a few bottles of booze and one is much more keen on raping Hanka than in being of any help. So much for their liberators.

An even more dangerous threat immediately emerges in the shape of the camp’s former guard dogs. These animals are now on their own, starving and running wild. Barking relentlessly, they surround the house with the intention of getting in no matter how difficult this might prove. And this isn’t on the off-chance of being treated to a tray of some spare Pedigree Chum. We see one rip a Soviet soldier to shreds, and we have already also witnessed another savage a Jewish woman during an escape bid.

Now confined to the claustrophobia of the mansion, the children go a little feral. Almost inevitably, comparisons have been made with Lord of the Flies (1963). Another influence may be 1983’s Cujo, the film based on the Stephen King novel about a rabid dog terrorising a woman and child trapped in a car.

Wilkolak, to give it its Polish title, is a tough and disturbing watch, especially with its concentration camp background.

I much preferred the first half of the film when the youngsters attempt to survive in the face of grim circumstances and tentatively try to regain some of the humanity ruthlessly denied for so long to them. Maybe the more literal horror of the post-war pogroms in Poland might have made for a much more thought provoking drama than the children battling against bloodthirsty alsations.

The cast, many of them making their cinema debuts, excel as a whole. Kamil Polnisiak impresses as the detached and voyeuristic Władek. Sonia Mietelica is every bit as good as the young woman who assumes control of the children after the mysterious disappearance of Jadwiga.