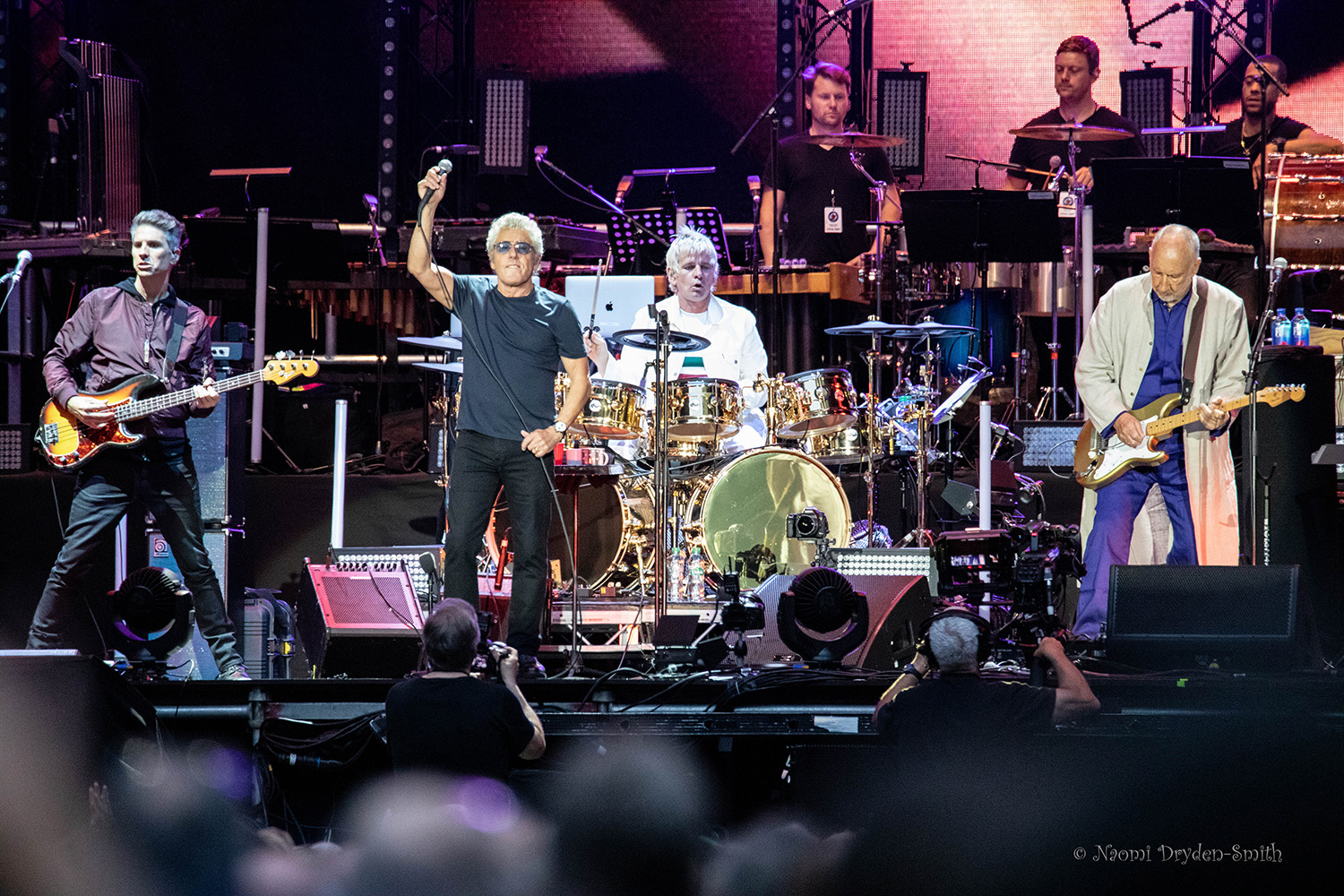 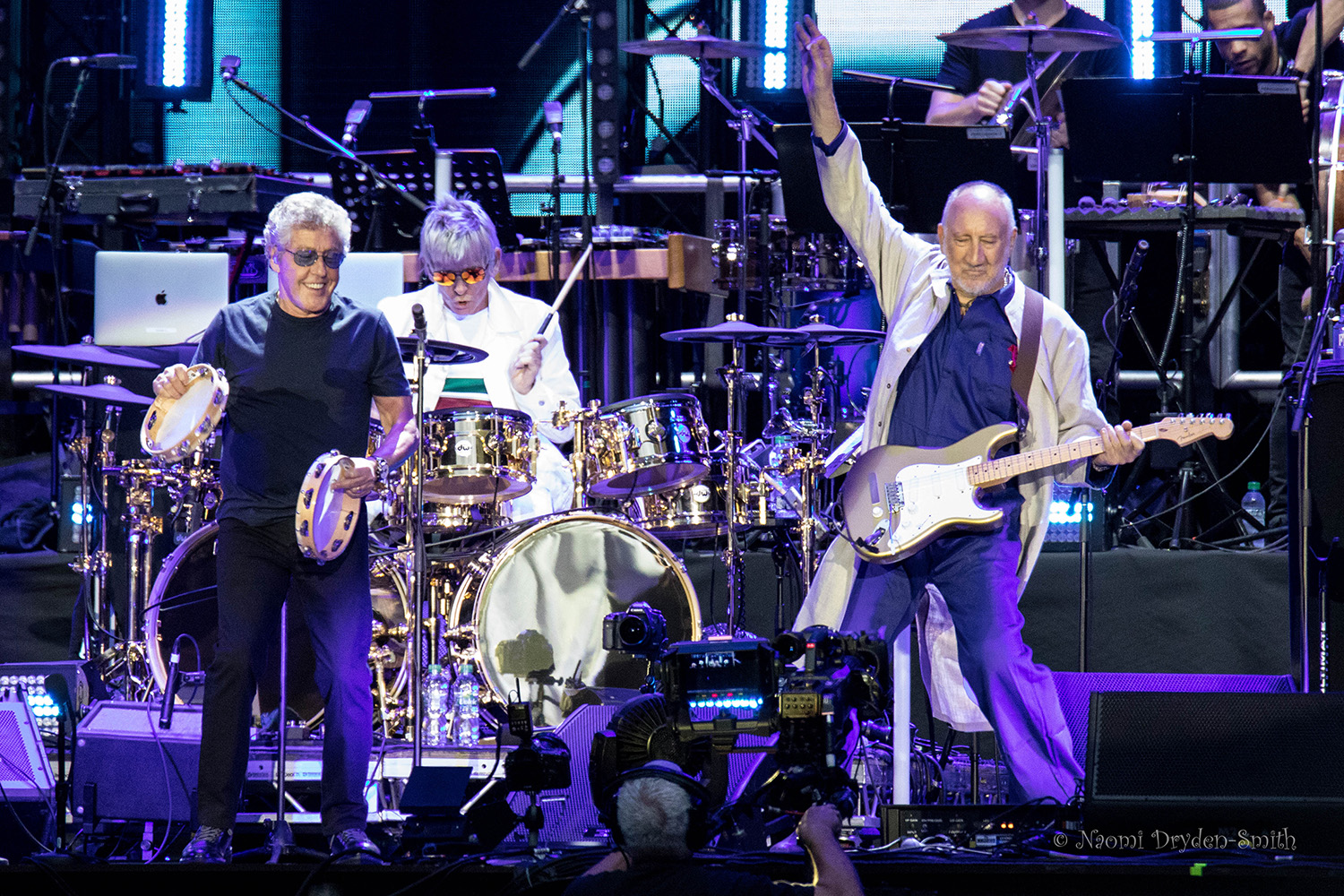 Rock legends The Who took to the Wembley Stadium stage last Saturday for the first time since Live Aid in 1985, holding the crowd in thrall for the best part of 2.5 hours.

The not inconsiderable task of warming up the crowd for The Who is taken on by highly-rated Connor Selby Band, the extremely talented Imelda May (what a voice), the effusive and energetic Kaiser Chiefs and the very cool Eddie Vedder of Pearl Jam. (Unfortunately London traffic stymied all attempts to see the 20 year old Connor Selby take on Wembley Stadium, a great shame – we will try to catch him elsewhere, have heard good things). A keenly-awaited opportunity to see Imelda May is rewarded by a seriously great performance with a short but powerful set including firm favourites The Longing, Game Changer and a cover of The Undertones’ Teenage Kicks in a nod to her Irish roots. Things are taken up a notch as Kaiser Chiefs blast through some of their best loved songs, including Every Day I Love You Less And Less and, predictably, I Predict A Riot. Eddie Vedder’s acoustic set is surprisingly low key, folky and slow-paced, not quite a lull (because, let’s face it, it’s Eddie Vedder) but not far off. Finally, some five hours after the Stadium’s doors opened, The Who hit the stage. 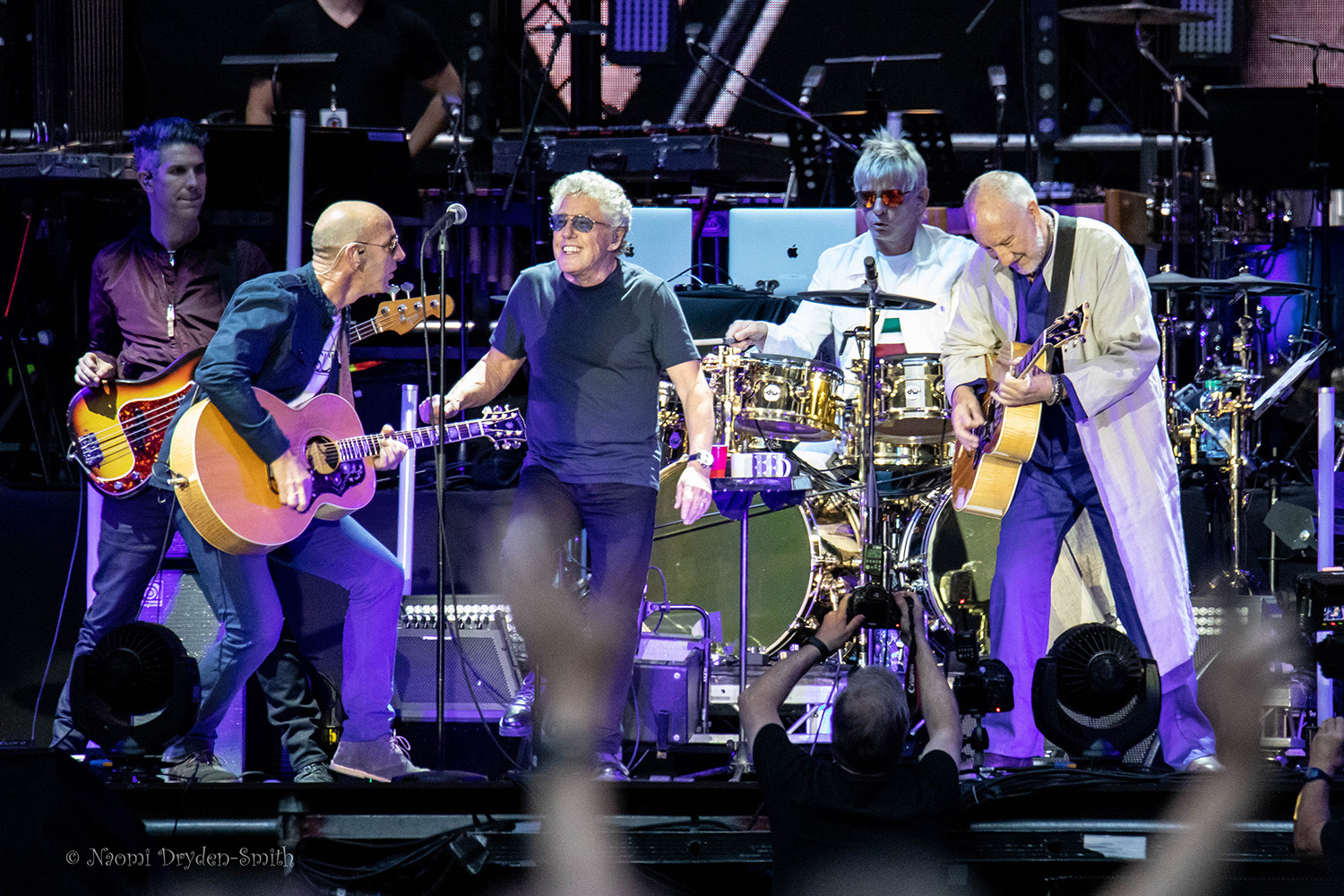 Exactly 40 years ago, as a (I hasten to add, very) small child, I sat through many rehearsals of the West End production of Tommy, flicking aniseed balls at my sister whilst our mother, the Acid Queen, got ready to show London (and, dare I say, Tina Turner) exactly how thigh high boots should be worn.

Completely oblivious to the dodgier themes of the musical, although always conscious it was a bit weird, I knew the entire score backwards and joined in with the dancers on stage too. I vividly remember the Who badge she got brought home from their Wembley show on 18 August 1979. Fast forward 40 years and Roger Daltrey and Pete Townshend bound onto the stage like a couple of teenagers, kicking off their Moving On! show with a spine-tingling overture which includes those all-familiar Tommy songs, backed by a full orchestra. It’s simply stunning. And personally, very moving. They look righteously proud. 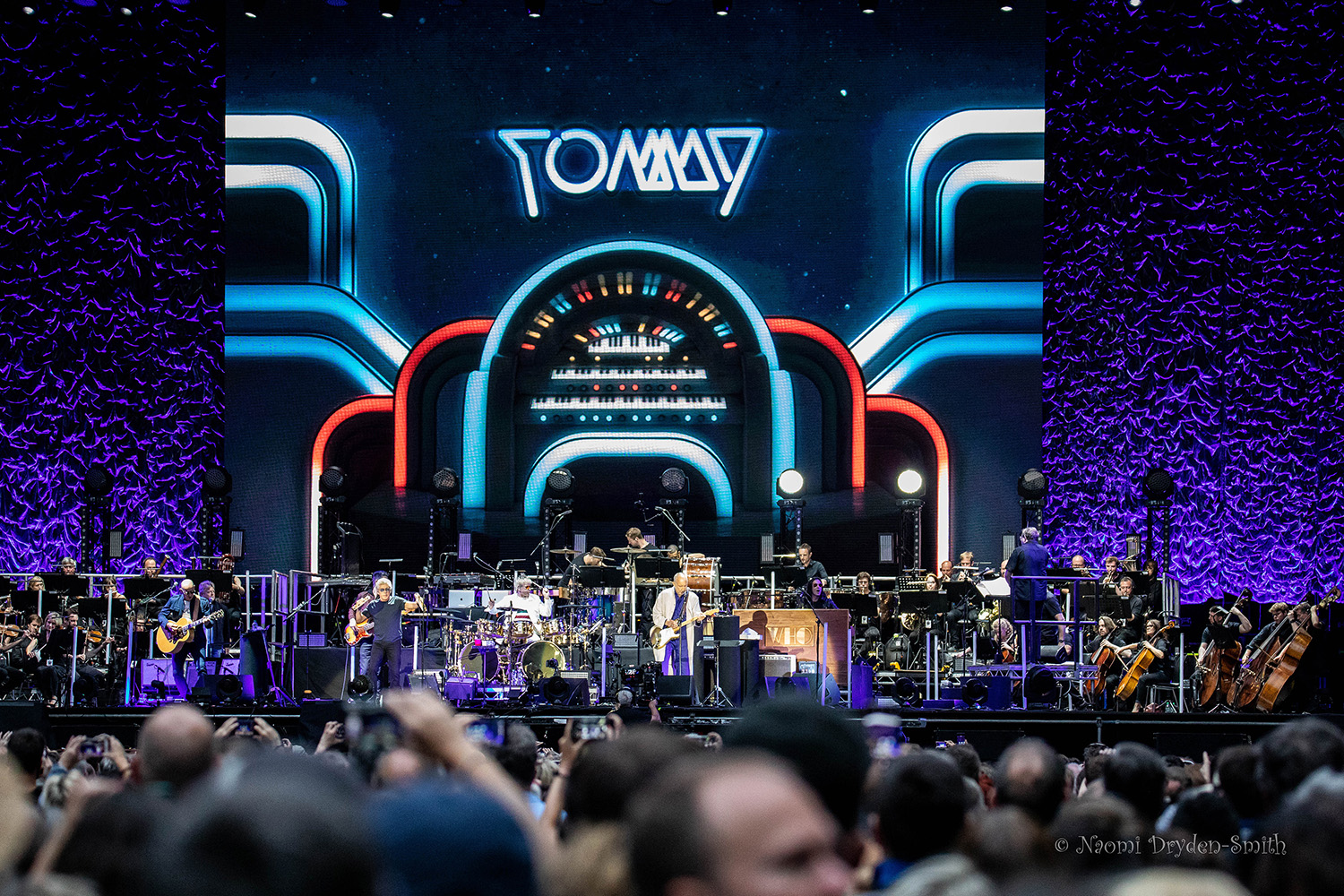 No strangers to tragedy and drama, with the heavy losses of Keith Moon and John Entwhistle, the band is suffering again tonight with the loss of Townshend’s guitar tech of 44 years, Alan Rogan, just two days ago. Nevertheless, they manage to inject vast amounts of energy into what proves to be an epic tribute show, peppered with songs from Tommy, Quadrophenia and featuring brand new tracks (due to feature on a new studio album planned for later this year). With the added talents of Zak Starkey (son of Ringo Starr who was given a drum kit as a child by Keith Moon) who couldn’t really be more perfect for the band, with his mod haircut and his Who-infused pedigree, and Simon Townshend, Pete’s younger brother (who appeared as a 10 year old in the Tommy film), with a superb backing band and orchestra, it’s hard not to agree when Pete says “Our glamour is gone, our youth is gone, but the music still sounds f*cking brilliant.” 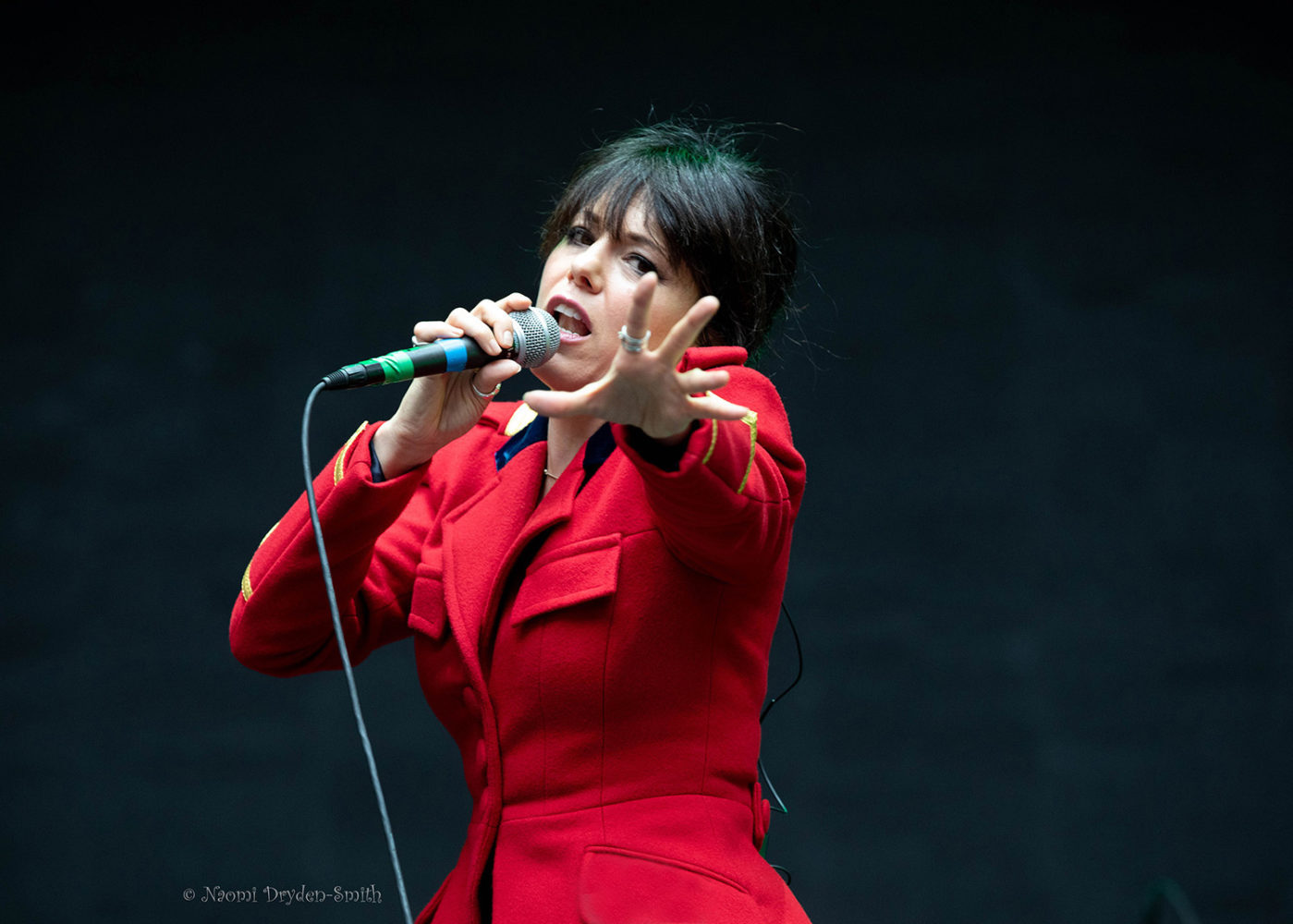 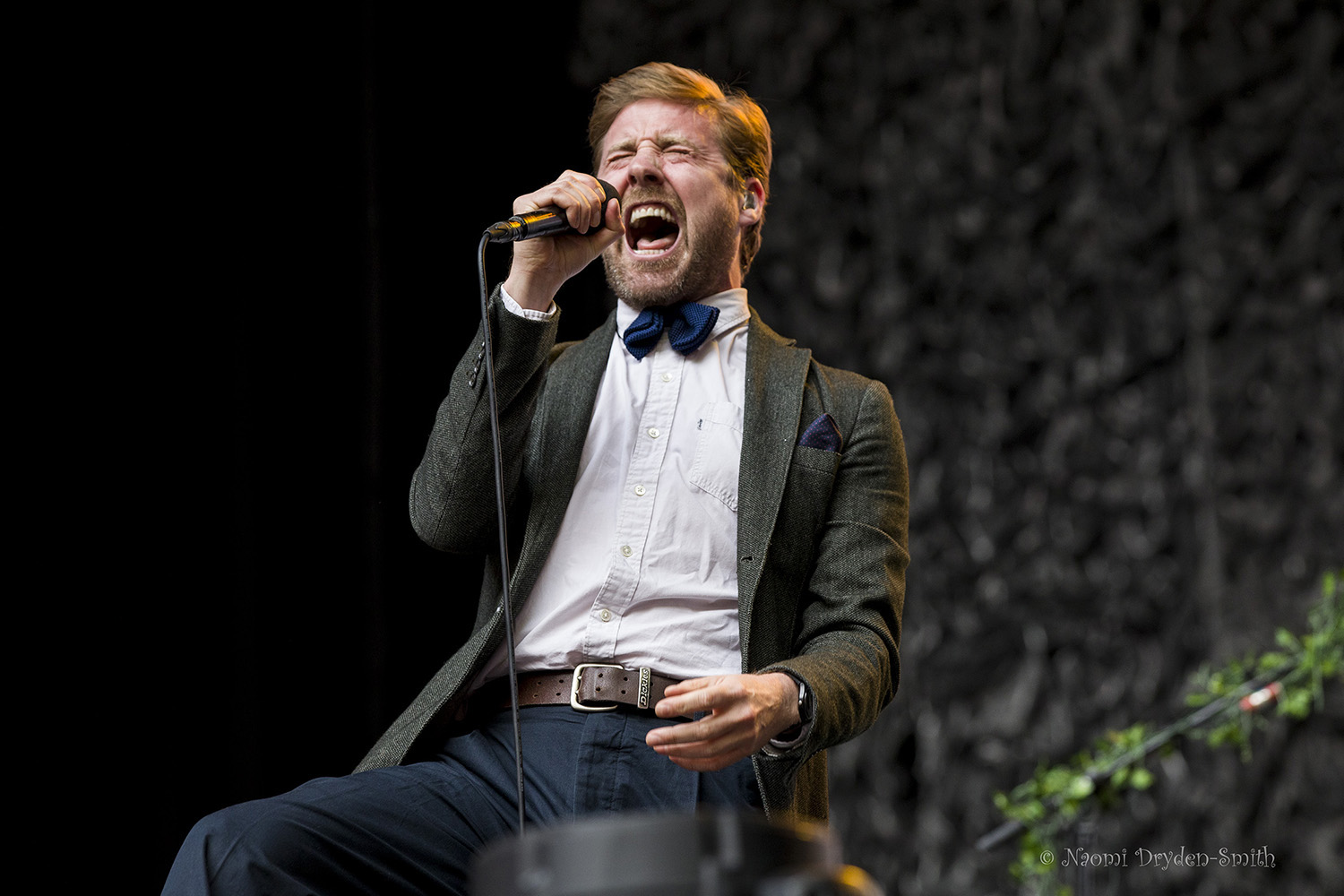 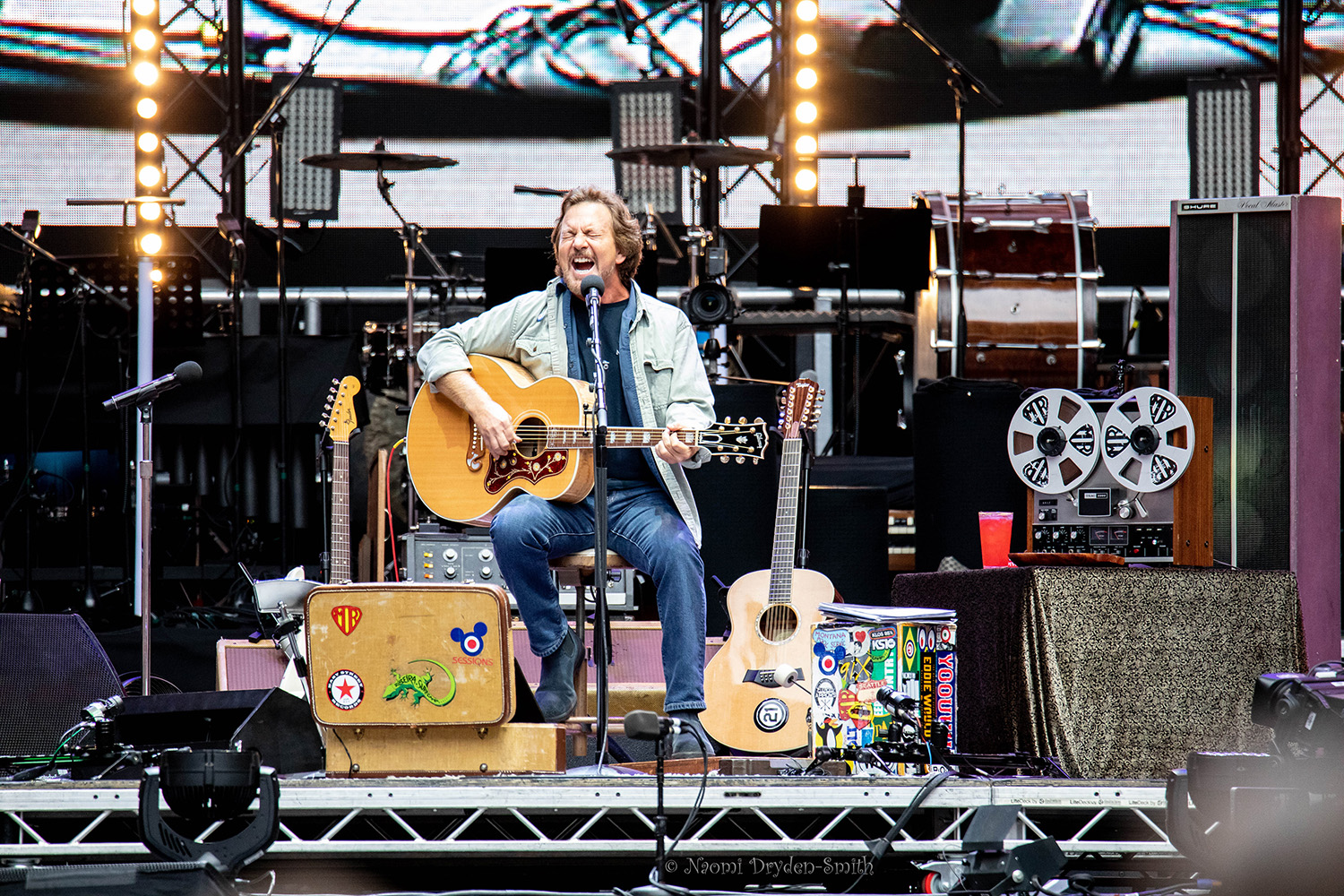