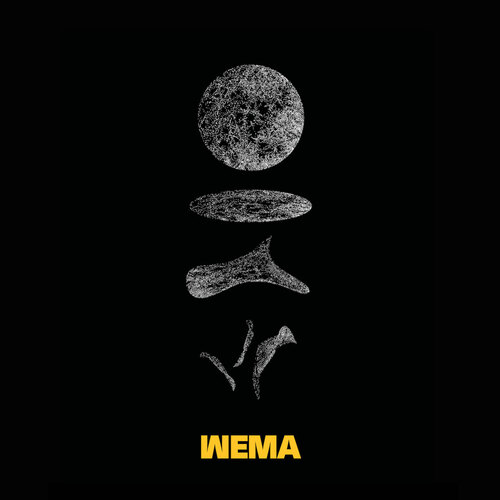 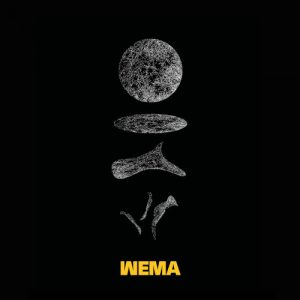 The debut album by WEMA imaginatively fuses Afro, Latin and electronic. It is an incredibly uplifting record, built upon the headiest, most intoxicating rhythms. Gordon Rutherford reviews for Louder Than War.

There are few things more aurally pleasing than a band functioning absolutely in sync and having a great time whilst doing so. That’s precisely why this eponymous debut album from WEMA is so enjoyable.

My first encounter with the music of the members of WEMA occurred last year when I wrote in these very pages about Penya’s second album. For the uninitiated, Penya are a London-based trio comprising Magnus P.I., Lilli Elina and Jimmy Le Messurier, who make the most incredible Cuban-influenced music. Despite the wonders of that self-titled 2021 album, it transpires that in the period leading up to that release, Magnus had, thanks to lockdown, been feeling the strain of creative burnout. Coincidentally, New York-based producer, Evan Shornstein aka Photay, was feeling exactly the same way. Both artists had been keen to collaborate for some time, but the opportunity had never really materialised thanks to the busy-ness of their respective schedules. Lockdown is quite probably the biggest pain in the ass of recent history, but we can at least be thankful that the inability to tour and the closure of venues helped to accelerate the collaboration of Magnus and Photay. The genesis of WEMA was underway.

Another voice, another influence, was required. Enter Tanzanian multi-instrumentalist and vocalist Msafiri Zawose. WEMA was complete – five artists, all highly skilled, all sharing the same vision. Zawose explains that, translated from Swahili, ‘wema’ means kindness and benevolence. These virtues lie at the very heart of this project. That’s not just a load of hollow words. Listen to these tunes and those values ooze out of the grooves. WEMA is a very warm record, one that is easy to fall in love with.

At its core, it is fundamentally built upon traditional Tanzanian music. Lyrically, much of it is sung in Swahili and those intoxicating beats, predominantly laid down by Magnus and Le Messurier, have their roots firmly in Africa. But this collection transcends geography. Whilst I get the sense that the band aren’t fans of the term ‘world music’, this genuinely is music of the world. Sure, it’s heart may be African, but, unsurprisingly given Penya’s specialism, there is a distinctive Latin theme that runs throughout. The most apparent manifestation comes in the form of Elina’s vocal, which in contrast to Zawose’s, is her habitual Spanish. However, on several occasions she effortlessly – and incredibly impressively – gravitates into Swahili. Just as we heard on that Penya album from 2021, her vocal is flawless throughout, particularly her haunting timbre on Pepote Part 2. Then we have those rhythms. They dominate the album and close listening detects Latin beats fusing effortlessly and impactfully with those African ones, creating quite a unique feel. Therefore, whilst the rich foundation of this collection is African, WEMA is so much more.

Great credit has to go to the band and the production team for their sequencing of the tracks, because they cleverly intersperse the Afro-dominated ones with those which come from a slightly different place. Not only does this emphasise the sheer variety on offer here, it also brings an element of surprise which serves to keep the listener engaged throughout. For example, following the frantic, tempo-busting energy of Kiherehere (which is a percussive joy) comes the delicate, rippling Zeze. This gorgeous track, which is named after the African zither-like instrument which Zawose deploys masterfully, feels like a long, cool drink of water after a rigorous training session.

The fusion of Pepote Part 1 is stunning. This is an electronic delight, with Photay’s loops and synths weaving a path between Le Messurier’s rhythms, Zawose’s zeze (again) and Magnus’ vibraphone. There’s even a techno tinge on the album, courtesy of Msafiri Jam Part 2. Once again, WEMA have a surprise up their sleeve on this frenzied workout, which comes in the shape of Afro-Cuban trumpeter, Yelfris Valdes. That trumpet rises and falls, soaring magnificently to the celestial heavens. However, probably the finest example of the sheer diversity of this record comes with Kande. This remarkable tune, the album’s highlight, sounds like something that has fallen out of the sessions for The Avalanches’ epic album, We Will Always Love You. Otherwordly, ghostly sampled voices come at you from another dimension. Musically, it comprises mechanised, industrial sounds and electronic bleeps. It should actually sound quite cold and detached, yet, like the rest of the album, the rhythms underpinning it ensure that it retains a sense of warmth.

One of the most wonderful things about this record is the sense of joy it leaves you with. You just know that these musicians are having the time of their lives and this is most evident when they sing collectively, as a quintet. Like a choir, those voices unite magnificently, resulting in an almost spiritual experience. It hits you from the moment the needle hits the vinyl on opening track, WEMA Song. Acapella, the five voices of the band members chant in unison, before the music enters and swells. The other outstanding example of this comes towards the end of the aforementioned Zeze. On both occasions, one is absolutely uplifted by the sheer euphoric nature of those voices in harmony.

WEMA have created a debut album that is ambitious and highly innovative in the way that it seamlessly fuses so many influences. It is quite a feat to pull this off without it ever sounding messy. The result is a veritable smorgasbord of sounds, textures and moods that categorically deliver on the band’s vision and values. The last word goes to Magnus. He is quoted as saying that “we want to create a sound and identity that transcends scenes, countries and borders”. There can be no doubt that this sparkling debut from WEMA has comfortably achieved that.

WEMA can be found here.