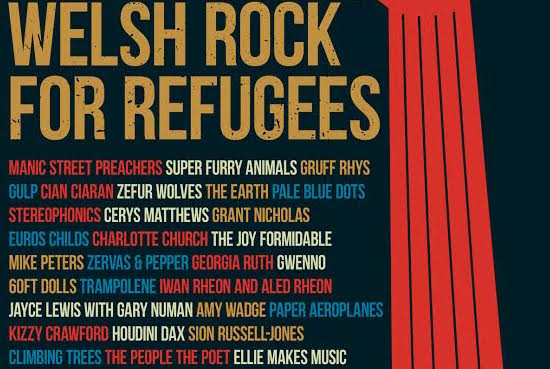 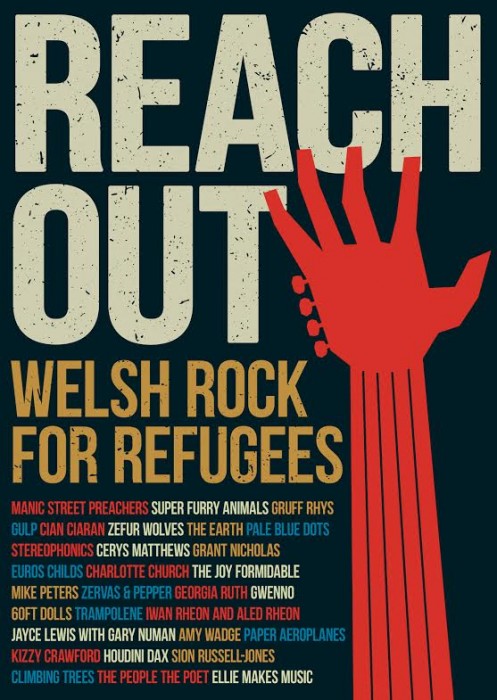 A huge download-only album titled Reach Out – Welsh Rock For Refugees, has been rush released with all monies raised going to the Manchester-based charity Refugee Action. Full details below.

Included on the album is music by Manic Street Preachers, Super Furry Animals, Stereophonics, Cerys Matthews and many more, all uniting under the banner of Welsh Rock For Refugees – Reach Out. Money raised from the 30-track, download-only album will go to help refugees at home and abroad.

Charlotte Church, Euros Childs, Grant Nicholas, Game Of Thrones’ star Iwan Rheon and The Alarm’s Mike Peters have also contributed tracks to the album – many of them new songs, unreleased or rarities.

The album has been put together by WalesOnline journalist and music writer David Owens, who said it was the harrowing pictures of drowned children washed up on a Turkish beach that prompted him to act.

“I was one of those who shed tears at the harrowing images,” he said. “As a father it broke my heart. I wanted to do something but like many of us felt utterly powerless.” It was then the idea for an album featuring some of Wales’ leading music names was born. “What has resulted has exceeded all expectations,” he said. “In the space of a week the Welsh music community has stood together as one. It’s been a labour of love and this album would never have come together if it wasn’t for those who went out of their way to ensure this collection of songs became a reality in less than seven days.”

“I can only thank all the artists who agreed to donate tracks. There are unreleased remixes from Gruff Rhys and Manic Street Preachers, new songs from The Joy Formidable and Charlotte Church, as well as rarities from Mike Peters, Euros Childs, Gwenno and Sterephonics – as well as many more gems from some of the finest musicians from Wales. I’ve been truly astounded and humbled by the response. I hope people will support the album and we can help provide comfort and security for those who have none.”

“It’s a real honour to be able to give this previously unreleased piece of music to such a worthy cause and for it to sit alongside so many brilliant Welsh artists.”

“This is an incredible initiative at an incredible time. Thank you so much to David and all the artists who have stepped up to support refugees and donated a track. These funds will enable us to support and speak out for refugees and asylum seekers here in the UK, helping them to rebuild their lives after fleeing from war and persecution.”

The full Reach Out tracklist…

Buy a copy of the album here: welshrockforrefugees.bandcamp.com.