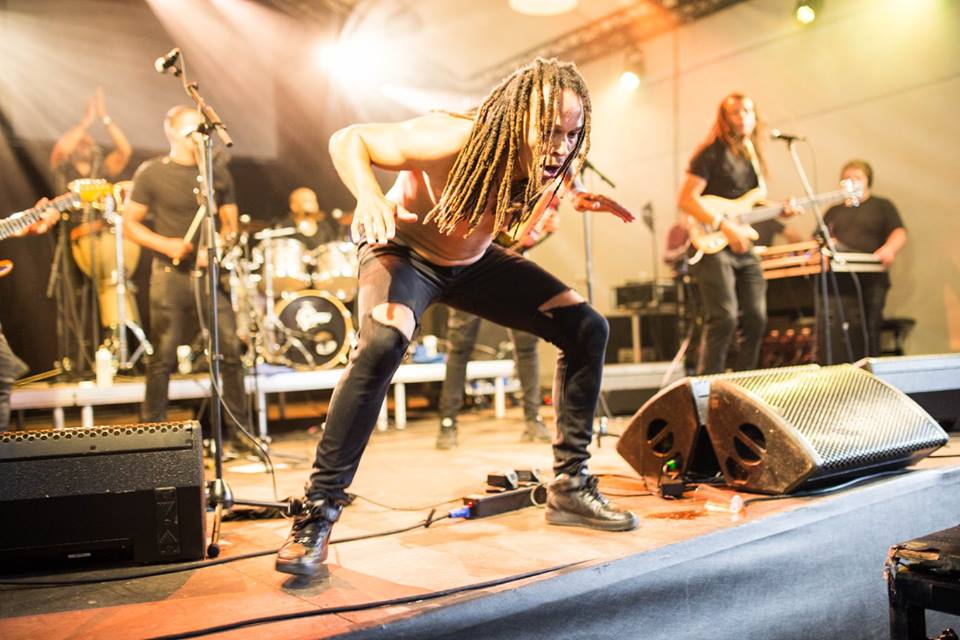 When did you last eat a portion of pony’s tongue?

More to the point (unless you were starving and/or tripping at Isle of Wight in 1970 and had no recourse but to) when did you think you’d ever do that at a summer music festival?

Welcome to the Village (hereon in referred to as WTTV) is one example of a new brand of “thinking festivals” in Europe. The growth of these events has been remarkable in recent years. Despite being very well programmed (and deep-linked into the international booker circuit), the majority seem to use music to soundtrack a short week/long weekend of alternative consumerism and low key alt-tourism. Often promoting provincial spaces and “out of the way” spaces, these festivals serve up a patchwork of transnational concerns given a local twist. And all look to divine the future, presenting interesting strategies to do so. And as such, are carefully managed to elicit a thinking, feeling response about the zeitgeist in their audience. That’s why there’s a push towards a sustainable food and drink programme as a qualitative equal to the music. Hence the pony tongue, if you must know. Phun City they ain’t. 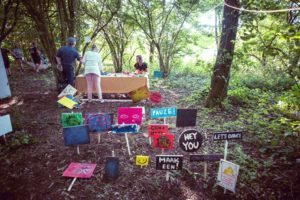 Many other festivals assume elements of these concerns or fashions. Others, like Haldern Pop or Primavera have (maybe unwittingly) germinated the socio-cultural seeds that have flowered elsewhere. IKEA-rebranded-as-food-van-in-field is all the rage, after all. How could I forget the pisspots on trees rebranded as pee trees at Best Kept Secret in 2015, urinals rebranded as a Sylvan safe space, whisking our collective effluvium elsewhere, maybe to generate electricity for the needy? On paper this sounds insufferably twee. But WTTV is all about change. Real, local change, and development. Tested out on the visitors. Talks about tents that rot, the chance to eat ponies, reusing washing up water and generating electricity onsite. And, unlike many other events, WTTV does go out of its way to bridge the generational gap and promote what the local community can do. What other festival offers the products of some communal knitting and gardening sessions with your mate’s gran? 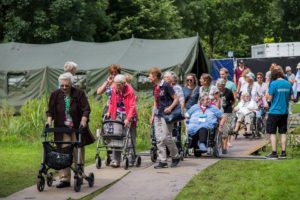 In this regard it was instructive to watch the opening of the festival by The Ex’s singer (and all round man of musical action) Arnold de Boer and a Frisian marching band. The Netherlands has a thing about marching bands, they’re everywhere. And this band (name of Kosten Koper VS Drumband Hallelujah Makkum) was the one that effectively launched de Boer’s musical life; so given the underlying inclusiveness of WTTV all the more reason to hook up. A set with some countercultural classics (‘Wipe Out’), Ex and Zea tracks followed to the amusement and bemusement of those present. The Ex have a long and noble tradition of mixing it and this rattling, clanking, heartwarming gig also showed that de Boer’s music has a common thread that spans genre with ease.

That’s not to say everyone’s going “Nuts in May” with almond milk. At times WTTV is akin to a Brueghelian wedding, or a Wakes Week trip to Blackpool; the local farmers, city workers and their gangs descend on a civic Arcady for a weekend of scoff and booze; giving lukewarm receptions to townies like Blaudzun, or goggling and squawking like a bunch of farm punks at the wild and louche Zebra Katz (whose menacing display of camp had tongues wagging on the Saturday). Or for that matter dancing drunkenly to a definitive display of inclusive C21st pop from Franz Ferdinand, in the gloaming of the Saturday night. 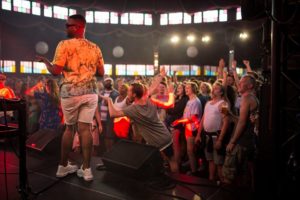 Best of all was the unbridled kick off that greeted Rotterdam’s Cape Verdeans, Tabanka, on the Blessum Stage. Possibly the pick of the stages, the eclectic Blessum had programmed some excellent stuff all festival; from the funky winning pop fusion of Seramic or the fragile piano work of Keiko Shichijo, through to the sublime Aziza Brahim and a brave, wonderful show from Toko Telo, or the beautiful soundscapes of Žen and a new look, shiny-synthy-poppy (and very attractive sounding) Bernays Propaganda. We even had a shout out for drugs from Perera Elsewhere, deep in the night. But Tabanka topped all in terms of sheer fizz. The seven lads started like a train and just kept going, bashing out a steamy stew of Funaná. Couples gyrated and gurned and necked beer. Band members climbed speakers (in order to show off their press-up technique) whilst the crowd whooped and whistled and looked around for someone to cop off with. None of that faux silly little hand clap dance with hunched shoulders here! For shame tote bag owners! No, these lads kept the wrong side of reverential, and it worked big time. Gaita (accordion), ferrinho (a sort of metal pole you scrape, I presume a sort of güiro) and a tough rhythm section drove the sound, with (ever)soulful vocals and highlife guitar parts adding extra space dust. 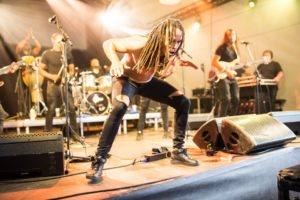 What else to add? Plenty; but rather than list another half dozen names I enjoyed (very honourable mentions to two great northern Dutch/Frisian bands, Korfbal and Willie Darktrousers & de Splinters, and a heads up to the de Markies beer tent, where you could booze good booze out of a glass) I will leave matters here. It was all in all an enjoyable, at times enlightening weekend. This is still a festival in development and I expect the initial shine and pioneer enthusiasm to wear off at some point; simply through a gradual change of audience and personnel. I will leave with a parting shot, which may point to the festival’s inherent inclusiveness; namely, I have never ever seen so many pregnant women at a festival. What happened? Collective village green shagging like that displayed in The Wicker Man?