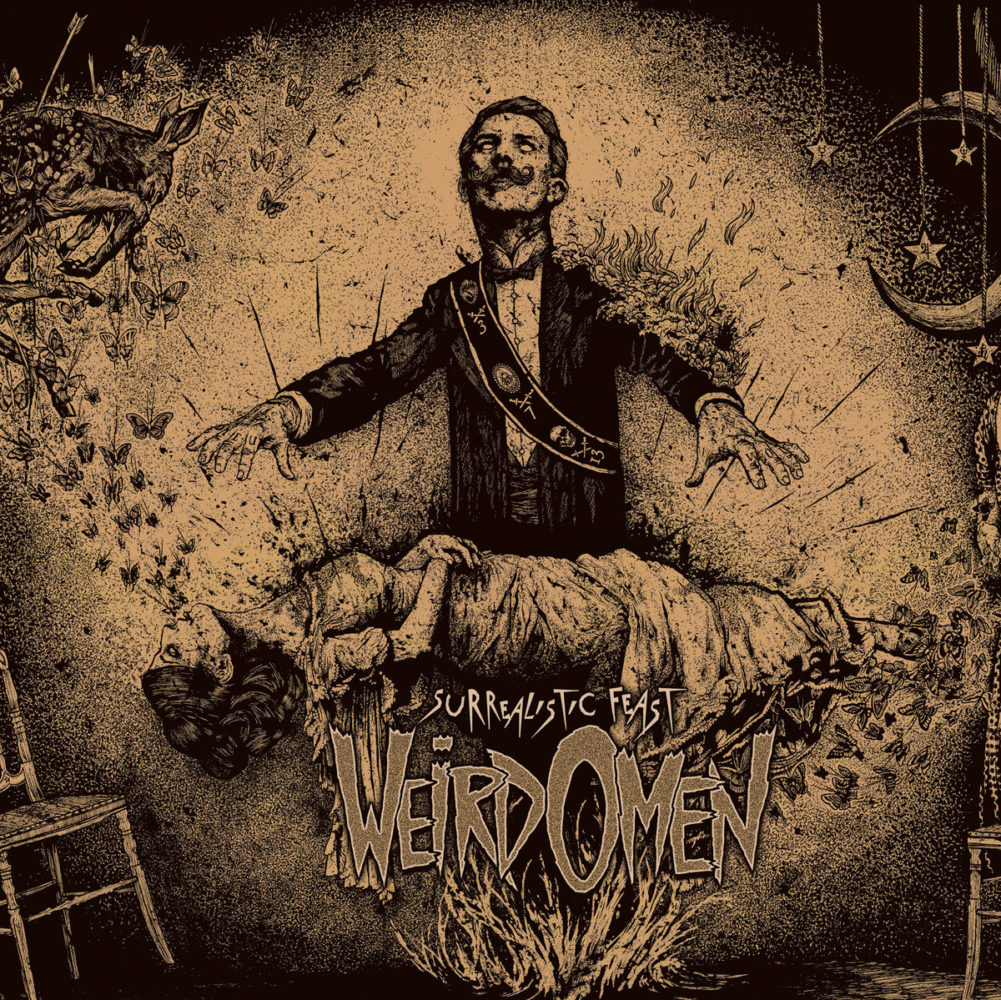 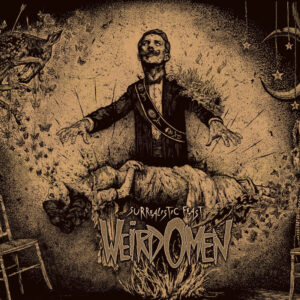 Right from opener A Place I Want To Know, the baritone saxophone takes hold with a deep pulsing energy that grabs you from within the song and drags you into the dripping guitar and menacing drum beat. It broods in an almost Jesus And Mary Chain way, taking the drive from within rather than pushing it out and into the face of the listener like most other garage bands. In that way Weird Omen are quite a unique prospect in the burgeoning French garage scene. Theirs is an internal succubus put on show for all to see. A fuzz neo-garage psych blast.

Whether they’re spinning in an almost Cramps like groove (Wild Honey, The Goat), pulling at hypnotic chants over a fuzzed out guitar that rises and falls (Surrealistic Feast), or sailing a Cthulhu threatened sea shanty (Collection of Regrets), the band are always at one with each other to push the songs in unison. There is no sudden jerk, no need for one to fly off in another direction, no solo that rises above the collective, and that serves to add to the density of the demonic drive of the band.  But at the blackened heart of it all is the spirit of garage and rock ‘n’ roll. No matter how dark the sound gets, there is still a drive that grabs you inside to shake you up to your feet. It explodes more in songs like Out Of My Brian, which kicks up a raucous rhythm, an energy that threatens to explode throughout the record finally let loose. After all the chaos, they sign off with I Will Write You Poetry, a final swinging lament that meanders along in a fuzzy daze. Like being spat out of their own hell, we’re left to contemplate our return. And return we should.

On their third album, Weird Omen have created a sound that is at the same time impenetrable as it is spellbinding. Surrealistic Feast is a wonderful psych-garage record that, instead of looking to the sun and summer breezes, fixates on the temptation and draw of nefarious nights. Definitely one for the imps and ghouls of the garage world.

Watch the video for A Place I Want To Know below: