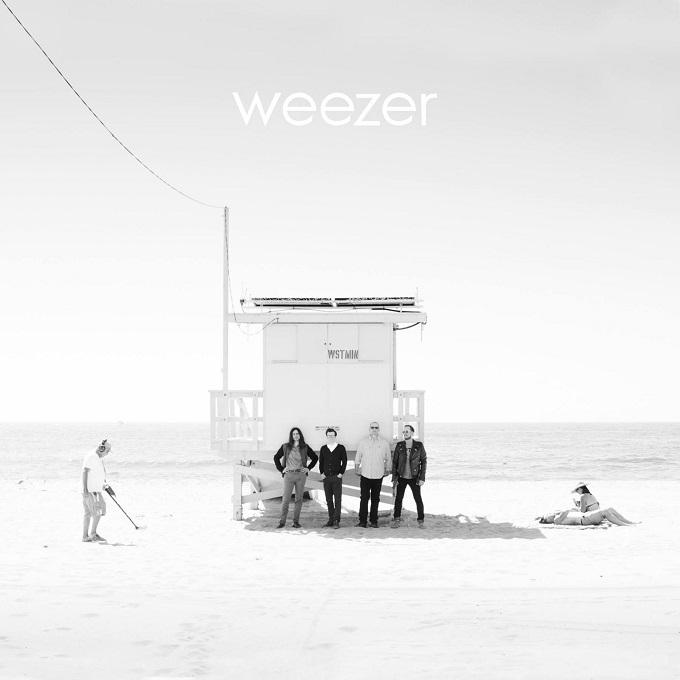 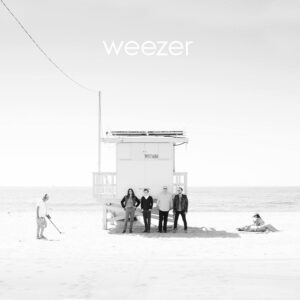 ‘LA Girlz’. ‘(Girl We Got A) Good Thing’. Scanning through the track listing of Weezer’s tenth (yes, TENTH) studio album – and fourth in their self-titled canon – you cannot help but feel Raditude-sized levels of dread. Fortunately, Rivers Cuomo has served us with a white herring, for Weezer (The White Album) continues the band’s winning streak.

2014’s Everything Will Be Alright In the End surprised as much as it satisfied, purely for the fact it was, well, good. Now that shock factor has worn off, Weezer (The White Album) stands up on its own terms, an almost concept collection of sun-drenched, fizzy grunge. Opener ‘California Kids’ builds among a cavalcade of woos and an irresistible chorus, while ‘King of the World’ is a bittersweet, soaring epic detailing Cuomo’s wife’s struggles with anxiety.

‘Summer Elaine and Drunk Dori’ may pilfer its intro riff from ‘Lithium’, but its jagged scuzz and yearning chorus could easily have nestled in between ‘Surf Wax America’ and ‘Say It Ain’t So’. The aforementioned ‘LA Girlz’ is bathed in Cuomo’s irrepressible howls and ‘Do You Wanna Get High’ has a dark crunch rarely seen since Maladroit. With the album serving as a postcard for summer, it’s only fitting it ends on a campfire strum – the ‘Island in the Sun’-esque ‘Endless Bummer’ – which almost sounds like a goodbye to August. The only real missteps on the record are the falsetto screech of ‘Jacked Up’ and the cynical raps of ‘Thank God for Girls’, which recall the Weezer of 2008/09.

So, for the first since 2002, Weezer have produced two great albums in a row. Now, was it really that hard, boys?

You can catch up with Weezer on Twitter or at https://weezer.com/.

Watch the intriguing video for ‘King of the World’ below:

Sam Lambeth is a Birmingham-based journalist, writer and musician. You can read more of his work on his blog. He doesn’t use Twitter (much).