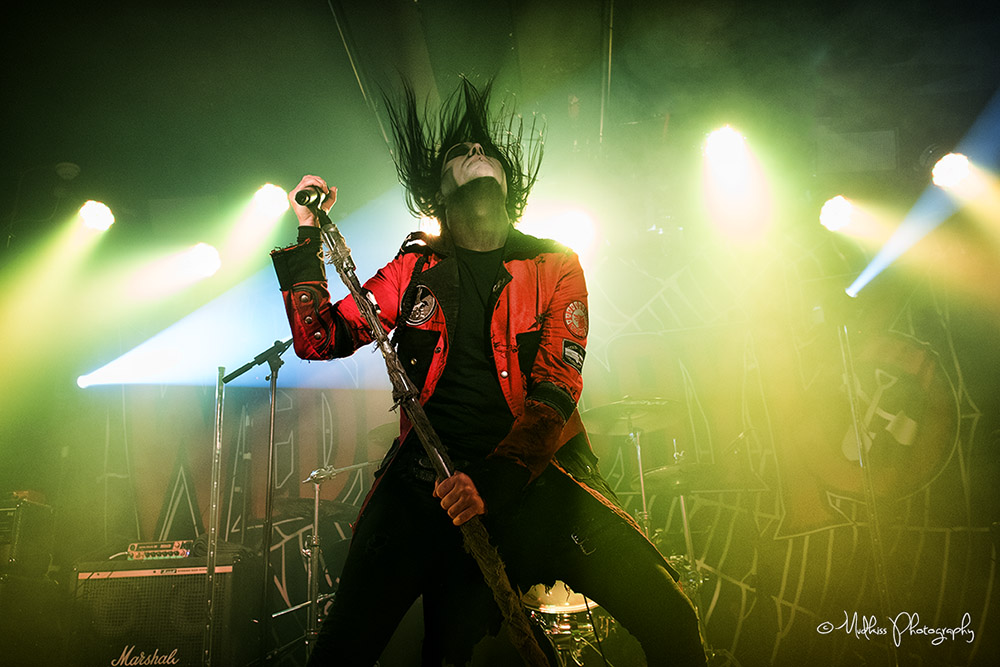 After the Murderdolls hiatus early 2004 lead vocalist Joseph Poole, better known by his stage name Wednesday 13, embarked on a solo tour of the UK. Returning to the US Wednesday 13 founded a permanent band with whom he would continue to perform under the Wednesday 13 moniker. Along with live and compilations, they have released seven studio albums: their latest Condolences released earlier this year.

Wednesday 13 have carved out a loyal following for their own unique kind of horror punk rock. Melanie Smith and Katie Clare went along to Manchester’s Club Academy for the first night of three special pre-Halloween UK dates.

One of the many elements that make Wednesday 13 so interesting is you never know quite which Wednesday 13 you are going to get. The recorded output alone runs the gauntlet of heavy to glam metal as well as hard-core, rock, goth and punk. There are certain key elements that hold everything together and regardless if this is a CD or a live performance. For Wednesday 13 these elements are their ability to always be anthemic, intense and theatrical in all the right places. 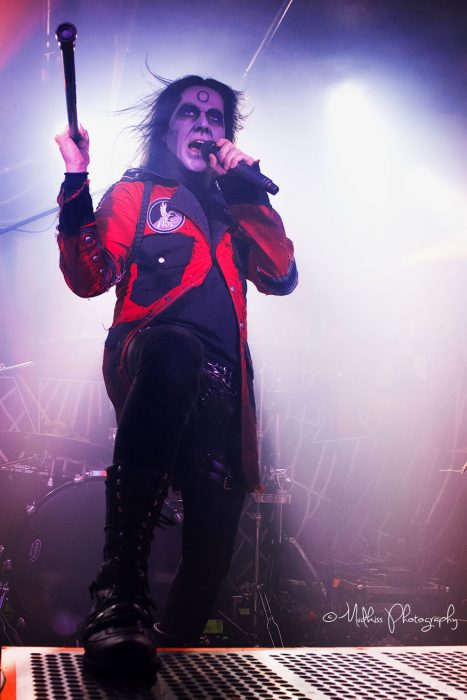 Club Academy is not a bad venue overall, it has some interesting angles that provide a texture of shadows that punctuate the relatively non-descript basement locale. It also has a ridiculously large number of blind spots meaning not everyone is going to experience all that tonight’s performance has to offer. Nevertheless, the stage fog adds to the air of anticipation and the flood of red light builds a sense of allure and mystery. Within seconds of the main lights going out the band are on stage and as the opening pounding of What The Night Brings starts Wednesday 13 arrives. The crowd’s cheers are only just audible over the growl of guitars and thunderous drum work that is cradling the rasped but well-defined vocals. Scream Baby Scream follows instantly its hypnotic machine gun rhythms and industrial vibe sounding really fresh in this live setting and sets the bar high.

Keep Watching The Skies and Cadaverous are swiftly completed and stage conversation, for want of a better term, is kept to shout-outs to Manchester. This is just fine as we are near saturation point in terms of sensations. The lights and costume changes continually generate a variety of emotions. Wednesday 13 are masterly changing the atmosphere of the space they’re in – in an instant making each song almost like a standalone episode that naturally flows into the next.

The first of two visits to Frankenstein Drag Queens From Planet 13’s back catalogue with RAMBO has the crowd punching the air and promotes a few more enthused bodies to join the jolting throng centre stage. Vaulting through a breath-taking run Serpent Society, The Ghost of Vincent Price, Hail Ming and I Want You Dead till we reach Condolences. The title track from their latest album is where we find Wednesday 13’s edges somewhat edgier, somewhat heavier. However, do not misunderstand this sassy punk ghoul stays true to his roots and does so while exploring new thrilling heights – plus the guitar work here is, as it is all night, exceptional. 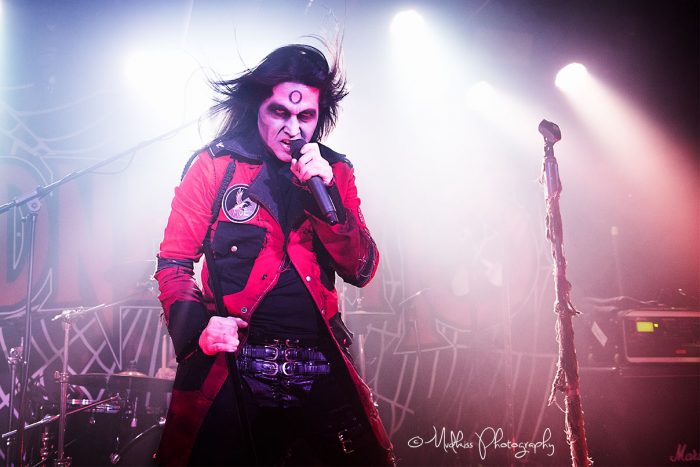 Wednesday 13 (and this performance) are like the perfect triple bill: a kitschy B movie shlock horror, an inventive cult classic and a polished big-budget blockbuster. That is not to claim Wednesday 13 are contrived they certainly don’t give out that feeling. What they are is creative, considered and practised; anyone who’s seen a band that can’t play a note will at least be eternally grateful for all these applied proficiencies.

It has been an intense bolt through an impressive and varied set of tracks that spans well over a decade of recording and performing. Wednesday 13 begin the close out of this impressive performance with Prey For Me and I Love To Say Fuck, This being that second Frankenstein Drag Queens From Planet 13 track during which a well-utilised umbrella manages to steal away just a bit of the limelight from an enthralling frontman and singer. Finally ending with Bad Things Wednesday 13 singing in unison with the crowd “I want bad things to happen to you” which really is the perfect place to end the night.

Staying up to date with all the latest Wednesday 13 release information, tour news and other need to know things could not be easier with an official website, Facebook page and Twitter where Wednesday 13 tweets as @officialwed13.