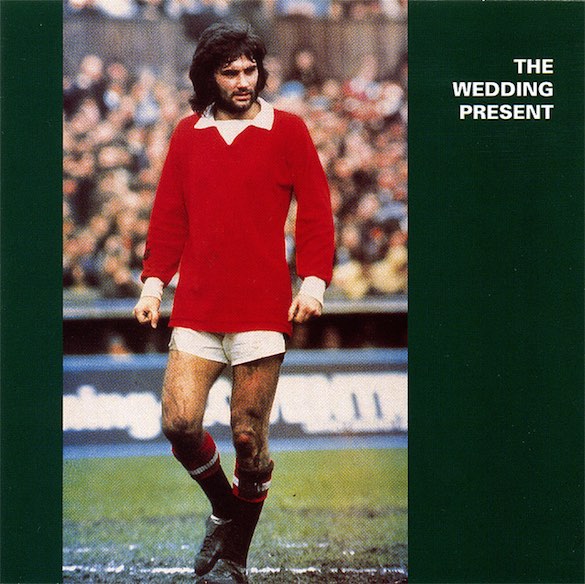 This October, Edsel Records present a series of deluxe reissues from much-loved indie rockers The Wedding Present, undoubtedly the definitive editions of the band’s catalogue.

Of all the great song-writers emerging from the independent music scene of the late nineteen eighties, David Gedge was the unrivaled master at observing human relationships in the simple parlance of the working classes but with the touch and artistry of a poet.

The incendiary ‘Bizarro’ released in 1989 featured their first hit single ‘Kennedy’ while the follow-up ‘Seamonsters’ enlisted the relatively unknown sound engineer Steve Albini. Recorded in the snowy wilds of Minnesota in just 11 days, it suggested a more thoughtful Wedding Present.

In 1992 the band released twelve 7″ singles in one year. Each single had a limited pressing of 15,000 copies, many reaching the Top 30 in the U.K. chart, equalling Elvis Presley’s record for the most U.K. Top 30 hits in one year. A gang of impressive names, including Ian Broudie [The Lightning Seeds] and legendary Rolling Stones producer Jimmy Miller collaborated on the industry-challenging project, ultimately to be compiled on the two ‘Hit Parade’ albums.

1994’s ‘Watusi’, produced by Steve Fisk (a prime mover in the celebrated avant-garde scene of Seattle) whisked the band off into another new area with its lo-fi pop, three-part a capella harmonies and Waikiki-ready surf strains. The band returned to a more familiar sound in 1995 with the car themed ‘Mini’, in which Gedge cloaked his tales of love and lust with automobile symbolism. The self-produced Top 40 album ‘Saturnalia’ was released in 1996 to a flurry of critical approval with its more avant-garde style.

As an added bonus, fans will be able to purchase a choice of unique bundles via an exclusive online store offering various CD packages including collectable 7” EPs.

See more from The Wedding Present using the links below.