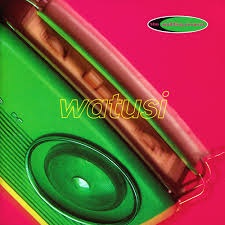 Caught between an (indie) rock and a hard place the Wedding Present have always been an interesting band.

Their schizoid presence saw them exist as a bridge between the noisy underground and the unlikely mainstream, a bridge that was built Isambard Kingdom Brunel style out of the wrought steel of indie pop and the industrial revolution power the noisy underground combined by David Gedge’s brilliant ability to write great heartfelt pop songs with great lyrics and criss cross them with a genuine love of the angular Death To Trad Rock undergrowth.

I remember him pre Wedding Present turning up at early Membranes gigs and I remember returning the favour by going to very early empty Wedding Present shows at the Gallery in Manchester where the audience would literally be the Membranes and his old school buddies the Chameleons. One dank and damp night I recall the band breaking a bass string and the gig virtually ending because poverty prevented replacing it.

Even then, though, there was the ability to write a brisk and thrilling pop song that separated his underground rumblings from our raucous and vile din in the Membranes where noise battled eternally with melody and a couple of years later the band were running the Smiths close as indie faves- a status aided by John Peel who rightfully adored them.

Instead of turing themselves into a Housemartins style hit machine though, the Wedding Present seemed to pull back- inviting uncle Steve Albini in to bring the noise and veer their ship back towards our noisy and feisty Membrane world of clanking basses and shrapnel guitars- even then, though, they still understood how to turn a great pop song and there was that remarkable Hit Parade year when they showed the charts up for their abject and pointless list mentality stupidity with a hit every month- a trick realised by releasing the singles for one week only and gate crashing the gurning and leering world of Top Of The pops with their own dislocated disco of black clad poetry and riffing.

Which brings us neatly to Watusi the band’s forth album which they are playing in full tonight. Released after the noisier Sea Monsters, which had seen the band’s dynamics cranked to perfection by the Albini monster and was widely felt to be their best album, Watusi is the overlooked album from those earlier years. It was their only release on Island Records and it was felt that is was going to be the big one after that run of hit singles but it somehow missed the top 40 despite having some obvious pop moments on it like ‘Yeah Yeah Yeah Yeah Yeah’.

Maybe the poppier songs were too downbeat to be top 40 pop and not Albini aggro enough for the underground making the album the band’s least feted in their cannon. The Steve Fisk produced Seattle underground twist of the record was ahead of its time and saw the band step out of the claustrophobic rush of the UK underground which make it, oddly, sound great tonight when they play in full tonight at their annual event At The Edge Of The Sea event in Brighton at the Concorde.

Perhaps on release the band were too far ahead of the underground game and what sounded out of place then now sounds like indie blueprint now except the Wedding Present got their years before anyone else but were too polite to brag about it,

Decades later Watusi sounds utterly contemporary like the latest hipster music coming out of Williamsburg or some kinda beardy weirdy central but already created years before. The songs are hypnotic as they hook around neo drones more than the trad rhythmic rush of the band recalling the release was a sea change in the band’s sound away from those rushing clipped treble guitars and into amore subtle and nuanced musical foliage.

The very nature of their introvert guitar pop was always going to be a hard sell in the brash showbiz world but the current Wedding Present line up really dig deep into these
songs digging out their subtle intelligence. Maybe the album was blighted at the time- the marmite album to some- but since we love marmite that’s ok here. The exhaustion of the Hit Parade singles concept the album hot footed on means that it has been overlooked instead of feted. tonight was an opportunity to remember just how good this album was as the years have served the album well and as it comes to life at the gig it’s great to hear these songs finally breathe and reaffirm the album as a key release from the band and one that can finally make sense after Sea Monsters and Hit Parade.