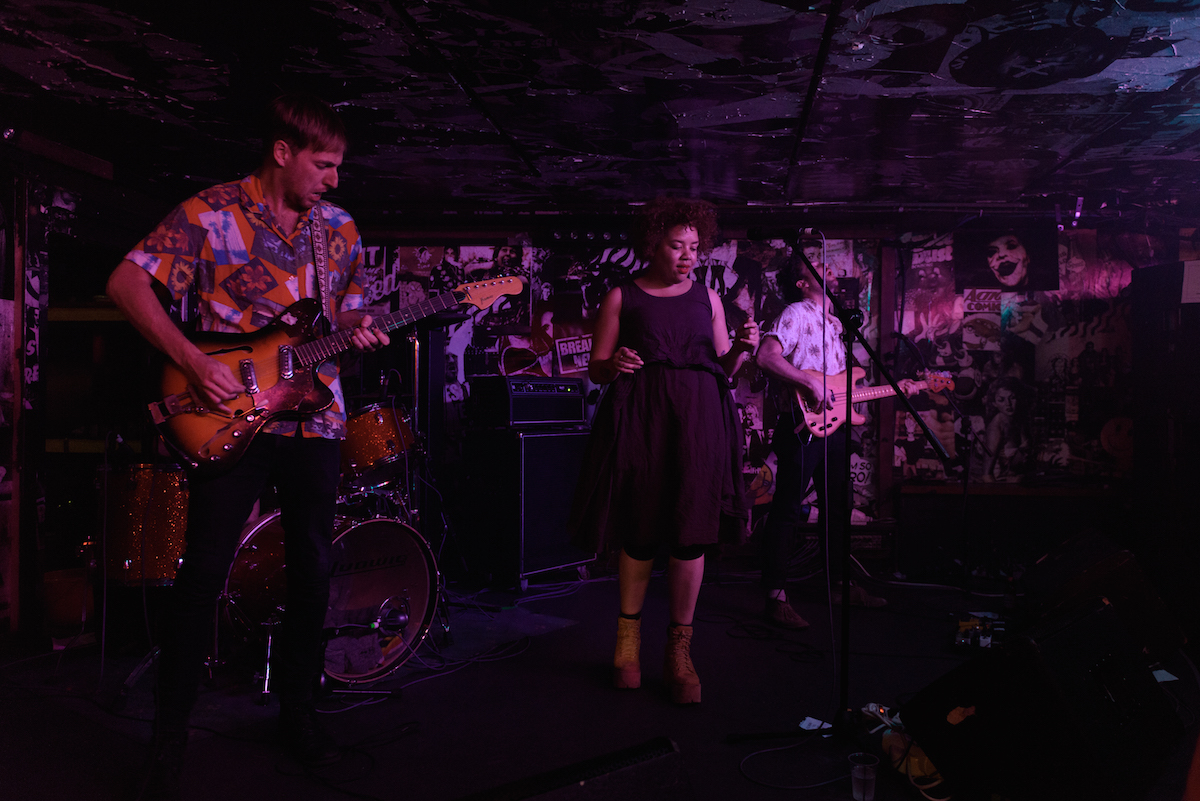 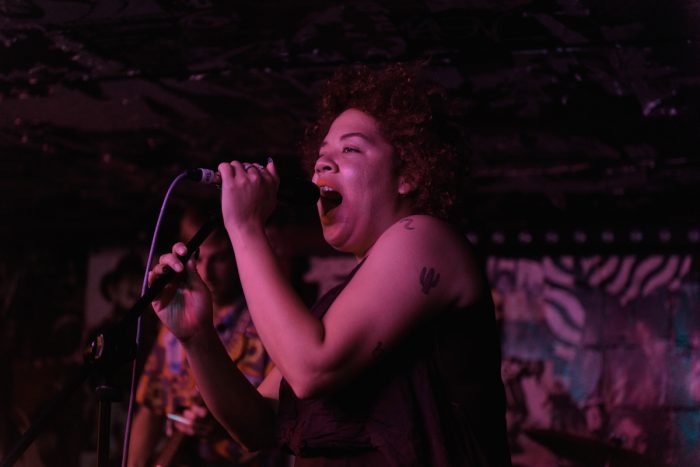 Weaves produce a scintillating set on this sweltering evening, packed with passion and excitement they truly blow us away!

Weaves have been tearing across the UK and Europe for over a month winning fans over left, right and centre with their sugary sweet odd pop. Tonight is Newcastle’s turn to be graced by these bastions of perfectly of perfectly crafted pop jams. Even in spite of the almost unbearable heat inside the venue, Fletcher Jackson’s set is well attended.

Unfortunately for us though it does very little to excite us, with his overly repetitive tracks lacking imagination it’s all very much style over substance. Jackson has quite clearly modelled himself on Mick Jagger, with his hipster backing band clad in their finest threads provide little more than a jaunty tune to accompany Jackson’s strained vocals. It proves to be an uninspiring start to the evening.

Weaves on the other hand bounce on to the stage full of excitement, Jasmyn taking the mic and blasting through a rousing rendition of Birds and Bees. Zach Bines on bass seems to have cut loose early on with his lively performance, from the off Weaves set the bar high. Birds and Bees has an infectious vocal hook and you’d think it would be hard to surpass it, but that’s where Weaves excel. 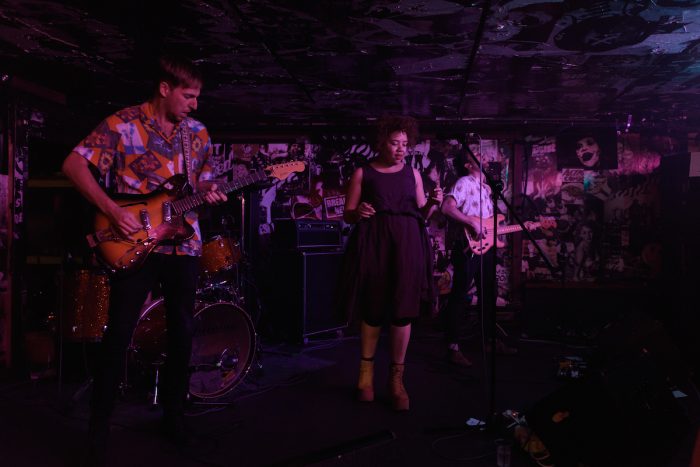 Whether it be the calypso infused Coo Coo or the supremely exciting Tick, there is something for everyone. Weaves have this wildly varied sound that cuts across so many genres and styles. The aforementioned Coo Coo fuses their trademark odd pop with groovy calypso beats and even though everyone is really beginning to feel the heat there isn’t a single person who isn’t dancing.

There’s a real euphoria about the band tonight and everyone plays their part. However, it’s Morgan Waters guitar that captures our eye with his outlandish guitar playing he throws his instrument around at will and even plays it with his teeth. It’s an impressive display although his dance moves leave a lot to be desired. 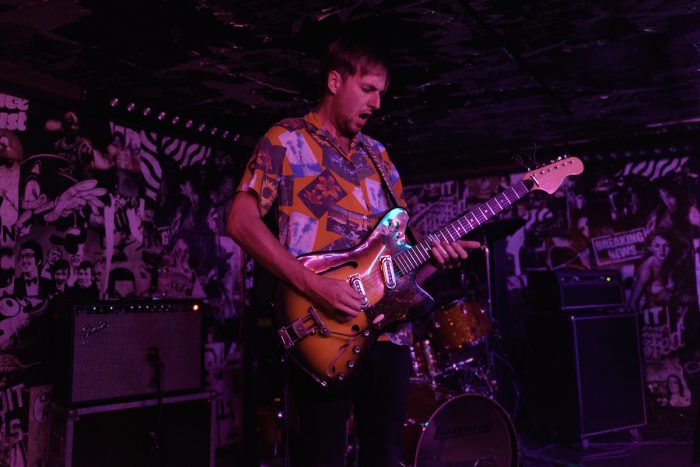 This year continues to be dominated by odd pop bands shooting to prominence, the likes of Meilyr Jones, Let’s Eat Grandma and Teleman producing some of the finest albums of the year. However, Weaves have their own individual take on odd pop but their scintillating songwriting and incessant hooks set them apart. Tonight proves that they’re a force to be reckoned with.