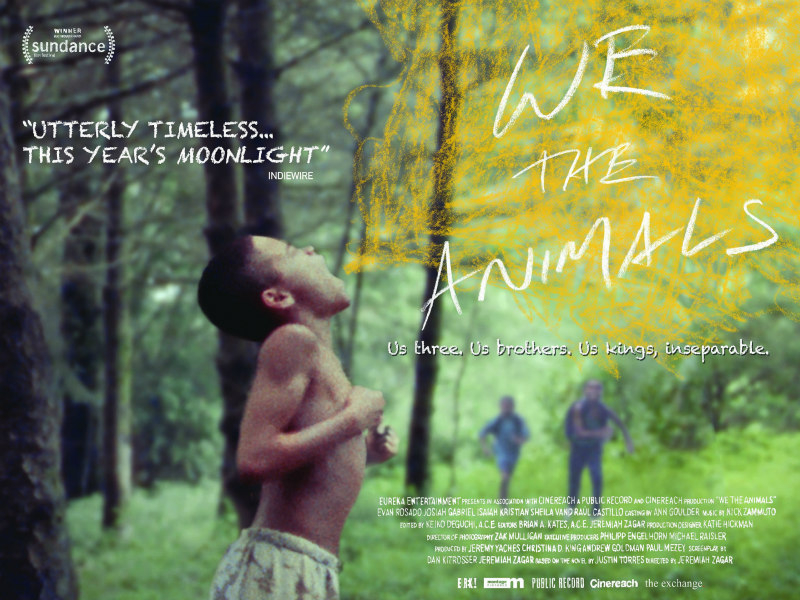 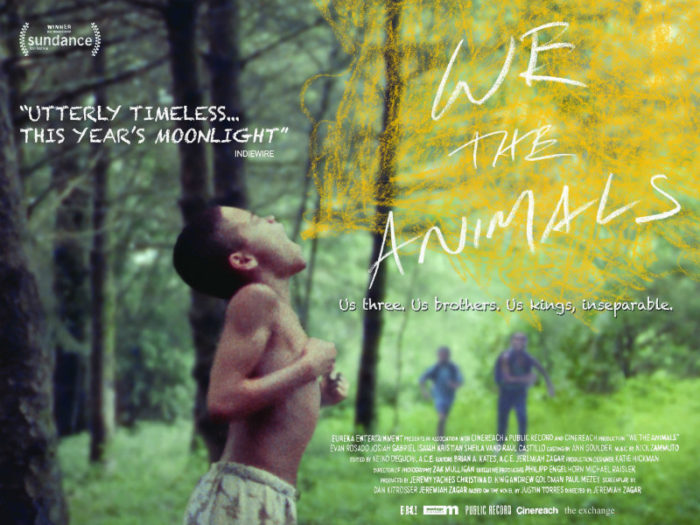 Jamie Havlin takes a look at a visceral coming-of-age film that deals with self-discovery, sexuality and social class divisions.

Based on Justin Torres’s semi-autobiographical novel, We the Animals is a tale that showcases three pre-teen first-time actors in leading roles. These are Isaiah Kristian as Manny, Josiah Gabriel as Joel and Evan Rosado as Jonah.

Their home life is far from ideal. Their mother (Sheila Vand) is from Brooklyn originally, their salsa dancing dad is Puerto Rican (Raul Castillo) and the family now live in a cramped and ramshackle household in upstate New York. She has a production job at a local beer bottling plant. He works as a security guard.

They both love their children, but they have a dysfunctional relationship that zigzags continually between brutality and affection. Both have a tendency to scream at each other in front of the children and let them roam around their rural neighbourhood unsupervised.

Like many boys left to their own devices for long periods of time, the brothers mess around and get up to mischief. After their father disappears in the wake of hitting their mum, their behaviour worsens. These semi-feral youngsters steal from neighbour’s gardens. They steal from small shops – and when they’re caught, they think nothing of kicking the owner in the face in order to aid their escape. They throw stones at cars and when one driver gets out her car to tell them off, they threaten her. 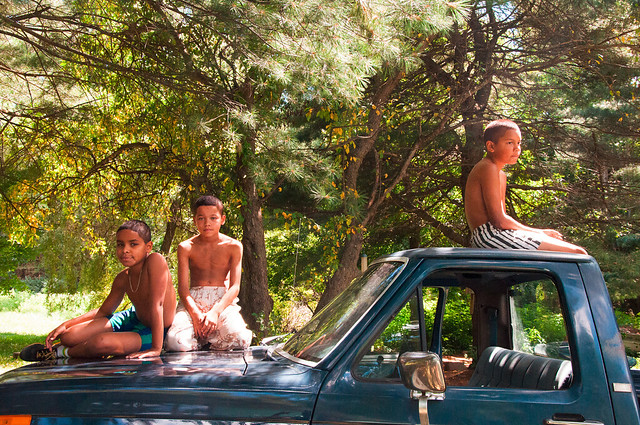 Soon Manny and Joel are drinking and smoking and they also begin criticising Jonah, the most sensitive of the boys. Life is tough for the siblings but at least up till this point, they seemed to share a genuine bond.

Jonah is a budding little Jean-Michel Basquiat, crawling under his bed while his brothers sleep at night to create his art – energetically scrawled stickish figures in coloured pencil.

These images sometimes erupt into animated sequences with the people depicted growing wings and breathing out what looks like fire. They’re a little disturbing but also an inspired entryway into his troubled emotional state of mind. Supplied by adult artist Mark Samsonovich, they’re cleverly integrated into the film and are what I liked most about it.

Zak Mulligan’s impressionistic cinematography is consistently inventive too, with much of the film shot at child’s-eye-height. A special mention must also be made for Evan Rosado, who excels in a complex role for such a young actor.

The film was awarded the 2018 Sundance Film Festival Innovator Award and has been compared to Terrence Malick’s Tree of Life (2011), although I wouldn’t rank it that highly myself. Its screenplay could surely have done with another draft. Almost aimless in places, its ending felt too sudden and ambiguous for the story being told. Ultimately, while I enjoyed it, I just never felt gripped in the same way that I did during another similarly themed recent movie The Florida Project (2017).

We The Animals does, though, demonstrate the potential of director Jeremiah Zagar, and I’ll be interested to see his next film.

For more on the film: https://eurekavideo.co.uk/movie/we-the-animals/