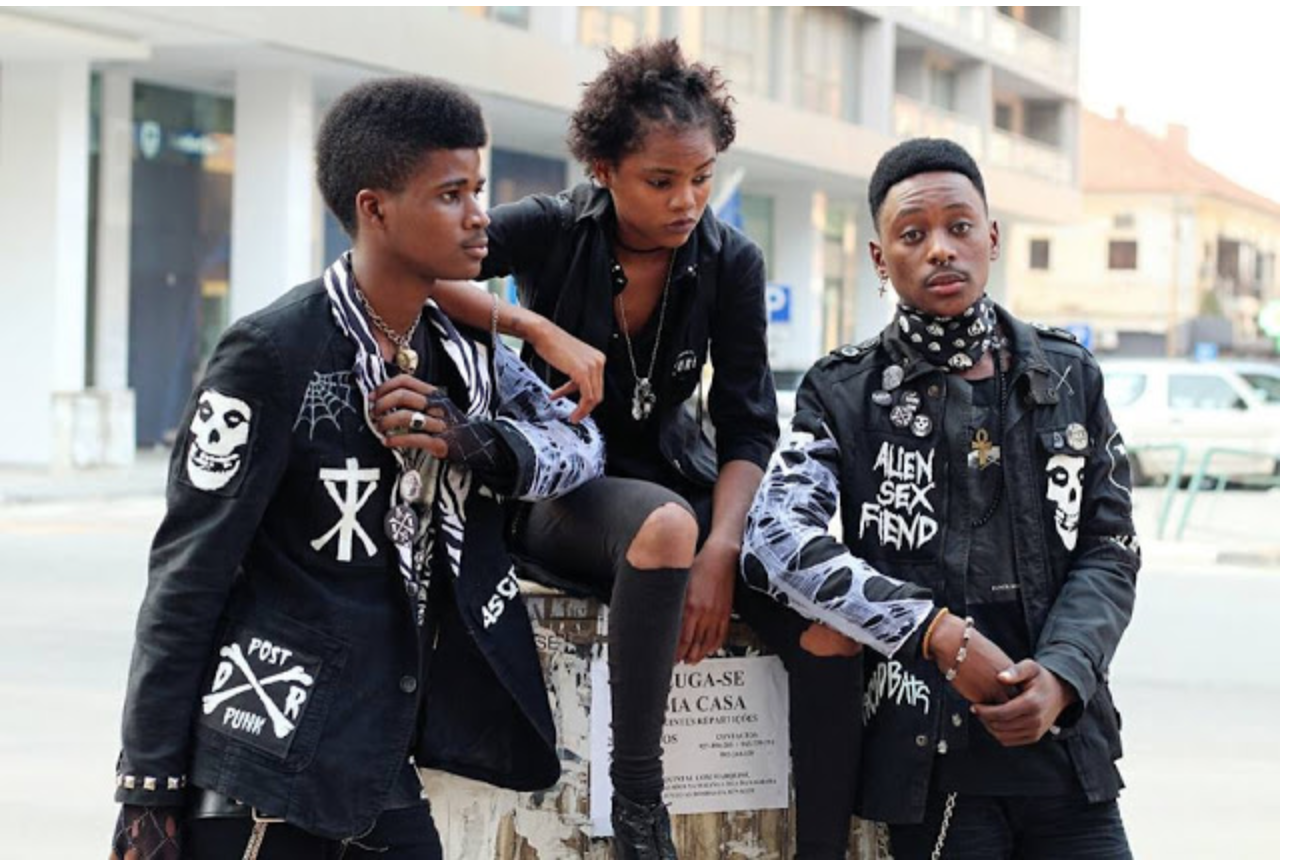 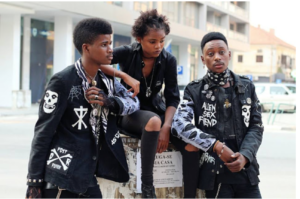 Goth, darkwave and industrial music have spread their various tendrils all around the world, or seemingly around the usual suspect nations. We are old enough here to remember when the idea that Goth was a known culture in South America or the kind of dangerous adventures you would have dressing in a dark and outre style when visiting Mediterranean countries in the early eighties.

But now we have evidence of a goth/darkwave scene in Angola. Last week we received a Facebook request to join the Membranes facebook page – tracking it back we found it was from Angola and some google searching and facebook messaging has opened up a whole host of fascinating Goth characters on the streets of the nation’s capital, Luanda.

We have written about Angola before – the Kuduro scene caught our eyes there a few years ago and that African soaked electronic music had many great moments but the photos of monochromatic dressed black youth on Angola street corner with Alien Sex Fiend patches sewn into their sharp black suits and sawn-off hair is an amazing pop culture anomaly. Black music may have been one of the bedrocks of Goth music with funk, disco and dub all part of the musical DNA with an added crank of the intensity of punk but there was a majority white audience for the music and it’s a great and thrilling to see the culture popping up in Angola with these sharp-dressed youth looking great – now we need to hear whatever music they are making and hope they have twisted the timeless form with their own musical ears.