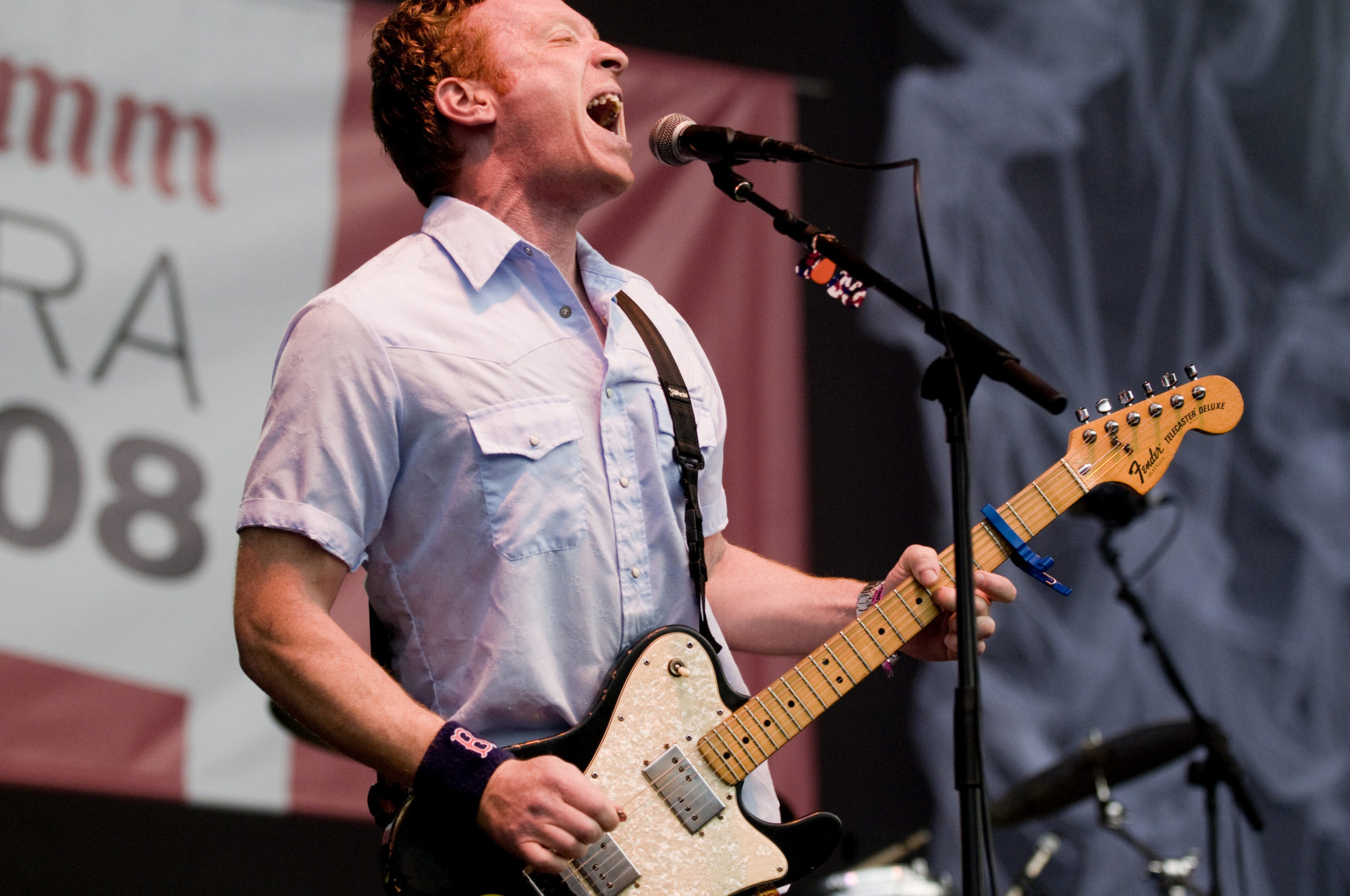 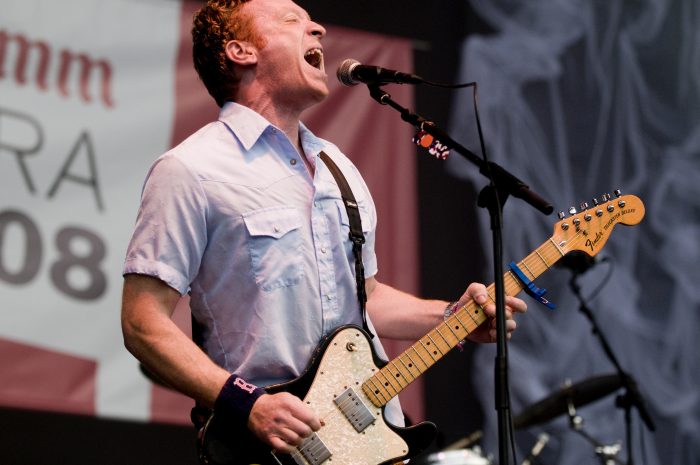 Buffalo Tom rode the wave of alternative rock’s zeitgeist in the 1980s and ’90s, but there was always more to the trio than just a stage in time. The band – propelled by the earnest, piledriving riffs of Bill Janovitz,  the power-pop sensibilities of Chris Colbourn and the punk-infused drumming of Tom Magennis – fully came to the fore with their high watermark, 1992’s Let Me Come Over, and continued a consistent streak throughout the decade.

After regrouping in 2007, the trio released two more acclaimed records, Three Easy Pieces and Skins, but after that it seemed Janovitz and co were content to let the Buff Tom name lay fallow, namely due to the band’s full-time work commitments. However, five years after Skins‘ release, the band have re-emerged with news of a brand new ninth album, set for release next year, and an accompanying PledgeMusic campaign. The band recently completed something of an alt-rock wet dream of a line-up, supporting Dinosaur Jr. in Boston, and are also re-releasing Let Me Come Over on vinyl next year.

Sam Lambeth spoke to Janovitz about the new record, the campaign and life as a part-time man of rock.

You’ve decided to do a PledgeMusic campaign in conjunction with your new record. Was the former incidental, or would you not be making a record if not for the pledging?

We would have made a record with or without the PledgeMusic campaign. We could afford to record it, but getting to the next level of promotion and distribution would be a challenge that would require some sort of solution. A percentage of the proceeds of this campaign shall also be donated to Greater Boston Food Bank. Plus, I liked the excitement that a Pledge campaign creates; I did one for my solo album, Walt Whitman Mall, so I have experience with it.

I understand originally the plan was just to release a few songs at a time, rather than do an actual album?

The internal band discussions we had were to do at least a few songs, which then led to making a full album.

Do you feel a PledgeMusic campaign is a great way for more niche bands, such as yourselves, to build a stronger rapport with your fans? Was it exciting to think up different options and opportunities for fans?

Absolutely, I think the Pledge campaign is a perfect platform for us. It wasn’t particularly exciting to think of the different options, it was more about devising things that would work for the fans and us. We’re a pretty friendly group, so interacting with fans, such as having dinner together, is something I like to do. More of the Pledge benefits are listed on the page.

Your past two ‘reformation’ records showed a lot of creativity and progression. Is that something you’re keen to continue for album number nine?

Yes, there’s no point releasing only variations on the same lyrical and musical themes. I mean, that is essentially what we do, but there are always a few songs that push against past patterns and habits. The lyrics are always reflective of where we are in our lives, so that in and of itself is constantly changing, but we always try to incorporate new ideas.

You’re well-known for ‘Late at Night”s seminal airing on the cult show My So-Called Life, and with that show enjoying something of a resurgence with younger audiences, has that helped Buffalo Tom gain new fans?

Well, they WERE younger fans when MSCL came out; now most of them are in their 40s. But generally, it was just a good time for us, the band, to make a new BT record. We have never tried to latch onto trends, I think you can see that looking back. We were often out of step. I am not saying we were some daring band ahead of our times, but in some cases, we were indeed on the leading edge. Our first two records are “grungy” before grunge became a thing. By the time Nirvana were breaking, and before all the second wave/second rate grunge bands came out with their first albums, we were onto something more classic and textured with Big Red Letter Day. Now? I don’t know. We have already had two records out after the long hiatus we took in the 2000-2007 years. I am as susceptible to nostalgia as anyone. But I don’t feel nostalgia about our own music. I feel like most of it is is still vital in the continuum of the band. But I totally understand how fans will identify with old songs and how music brings people to a certain time in their lives. I say that as a fan who regularly wells up with tears at certain songs by certain artists.

In the launch video for your PledgeMusic page, Chris Colbourn discussed a re-release of your third album, Let Me Come Over, next year to tie in with the record’s 25th anniversary. Can you tell us a bit more about that?

I don’t have many facts about it yet, but I know that Beggars Banquet are going to be releasing it on double-vinyl, and there should be a few extra tracks as well as stuff from a John Peel session.

There was also touring plans mentioned. Any more details on that?

Last time we came to England we did a couple of shows, but such is the short-scale of things it may just be London this time around.

2017 looks to be a busy year for you guys. When you get into the thrust of things – the touring, the recording and the promoting – does the desire to make Buff Tom a full-time concern linger?

I often wish that I could devote more time to it, and I wish we could get to more places, but I don’t feel any pull to full-time touring. I much prefer this balance.

Sam Lambeth is a Birmingham-based writer, journalist and musician.